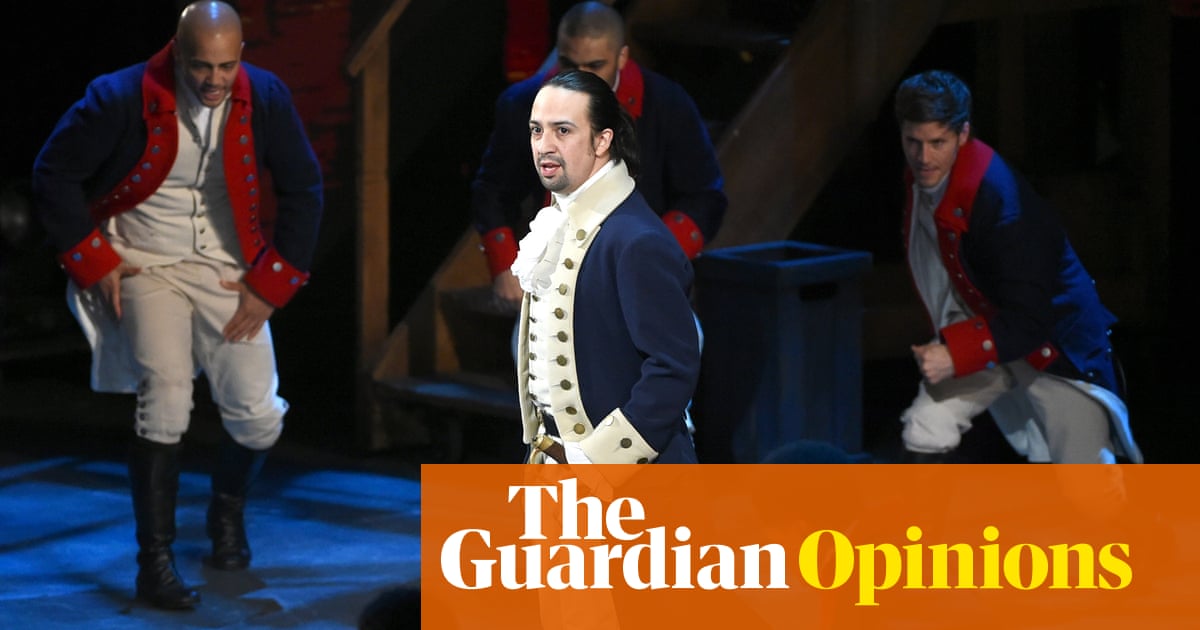 “At least this corona thing will all be over by the time Hamilton comes to Sydney next year.”

It’s embarrassing to admit how much this thought kept me going in the early months of the pandemic.

The coronavirus was crashing on to Australian shores, case numbers were soaring and new restrictions were coming in every day. Sure, all the music festivals had been cancelled and the movie theatres closed. Who cares about the grand prix or the AFL. Yeah, it’s annoying that the bars have shut, but all these things are temporary, I figured. It will all be back to normal soon.

The epidemiologists kept telling us we were in it for the long haul – this was about months, not weeks – but I couldn’t really bring myself to believe them. And even if it was months, at least by March 2021, when Hamilton opens at the Lyric Theatre, I would be able to fly up to Sydney, pay way too much money for nosebleed seats and watch this amazing musical with Covid-19 just a distant memory.

Hamilton is far and away the most popular musical on the planet. This rap interpretation of the life and death of the United States’ first treasurer-secretary has been a global phenomenon for years, but the official stage recording appearing on Disney+ has brought on a new wave of popularity (and valid criticism).

The musical has been so front-of-mind during the pandemic that the Australian production has become somewhat of a finish line for me. An exciting goal so far into the future that not even a global pandemic could touch it.

I have been a mega-fan of this musical since I was 19. The soundtrack has 20,050 words and I know every damn one of them. All my loved ones have been forced to sit and listen to the cast recording start to end, with me nervously asking them after each song if they like it, as if I, not Lin-Manuel Miranda, wrote them. As recently as last year I performed a (bad, very bad) rendition of My Shot during a karaoke employee Christmas party of a company I did not even work for. Sober.

Clearly this musical has occupied far too much of my brain these past four years for it now to be bested by a little spiky virus.

There are a lot of ‘life after Covid’ goalposts that are slipping nowadays, especially for Melburnians

But that was then, and six months later I’m not even legally allowed to leave my Melbourne home, let alone fly to New South Wales. Last week the waitlist for Hamilton tickets opened, with the very worrying caveat that if social distancing was required in the theatre then the show wouldn’t be profitable and wouldn’t go ahead.

On Wednesday there was a flurry of news about the prime minister and the Covid vaccine. First it was free, then it was mandatory, then it wasn’t again. But in between the headlines there was one question Michael Rowland asked the PM on ABC News Breakfast that stuck in my mind.

“There is still a chance that there is is no vaccine found. What is the government’s plan B for Australia if that is the case?”

Scott Morrison replied: “We’ll continue to live positively with the virus and ensure we can establish our economy and society as much as is normally possible. That’s why having a Covid-safe economy and Covid-safe community is so important.”

So that’s the thing. Maybe this is about years, not months, and maybe there might not be an end at all.

The Lyric Theatre seats 2,000 people and the show goes for more than three hours, which doesn’t scream “Covid-safe” to me. We still have until March to get our act together, but that rap musical-shaped finish line is looking further and further away.

In fact, there are a lot of “life after Covid” goalposts that are slipping, especially for Melburnians. For those with family in Western Australia, it doesn’t look like Christmas back home will be on the cards this year. Year 12s aren’t bothering to book their 2021 gap year trips to Europe. Even the 9-5 office workers are giving up saving their leave until after lockdown and spending their week off on the couch.

If you live close enough you will still be able to walk the botanical gardens in spring and see the flowers bloom, but you will have to smell the blossoms through a reusable cloth mask. Even though numbers are coming down, and we might just be on the good side of the second curve, the pandemic doesn’t really feel like it’s ending any more.

And on that dreary and monotonous note, I speak now directly to the coronavirus: please, I will never ask anything of you again. Just do these two things for me. Stop killing people and destroying the economy, and please, please let me have Hamilton.

Then again, if worst comes to worst and there is no finish line, maybe I can force my family to learn all the lyrics and we can put on the show in the living room – 1.5 metres apart of course.

• Matilda Boseley is a Melbourne-based reporter for Guardian Australia