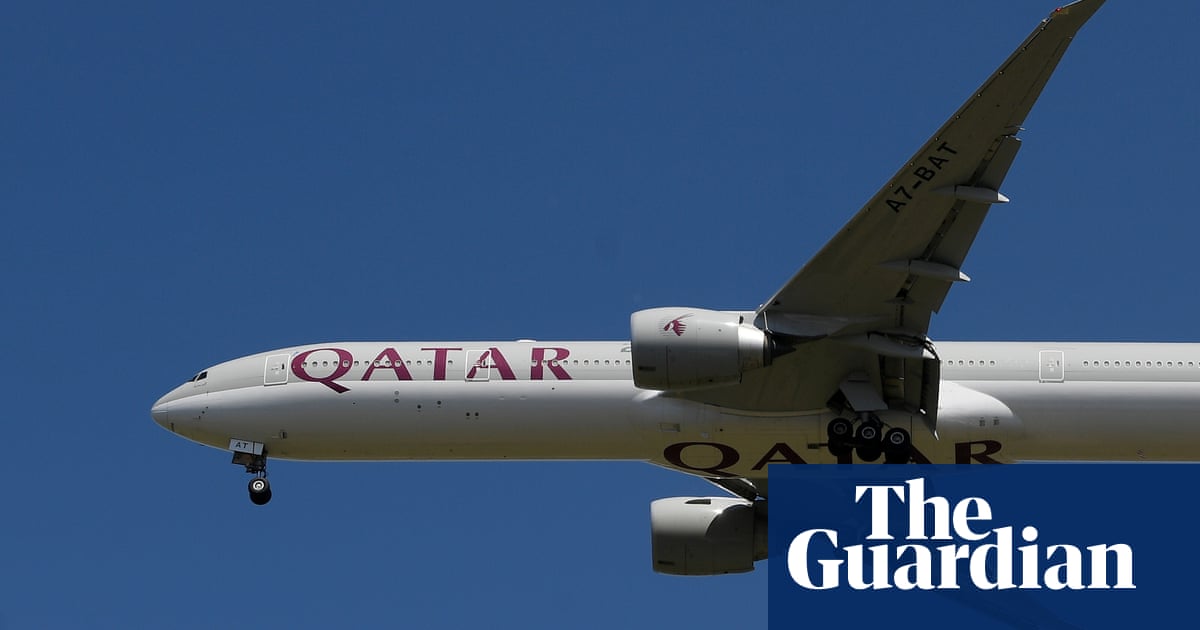 Planes flying into Australia are carrying as few as four economy passengers, as airlines frustrated with the government’s international arrival cap begin to acknowledge they are prioritising business passengers and more expensive tickets to remain profitable while complying with the limits.

Some flights are restricted to as few as 30 passengers under the government’s restrictions on arrivals.

On Tuesday, a spokeswoman for Qatar Airways – one of the few remaining airlines to fly to Australia – told the Guardian that when finalising passenger lists to make sure each flight complied with the limits the airline considered the “commercial value” of tickets.

“In order to ensure the continued viability of our operations to Australia, [the] commercial value of tickets sold must also be taken into consideration to be able to operate each flight.”

She said the airline continued to assess each passenger “on an individual basis regardless of what cabin class they have booked” when considering priority travel and compassionate grounds.

Many Australians have been forced to wait months overseas for flights home, triggering concerns the airlines will fail to honour bookings unless passengers pay thousands of dollars more to upgrade from economy.

The Guardian has been contacted by scores of Australians – including doctors, nurses and other essential workers, families trapped in post-Beirut explosion Lebanon and Australians who have briefly travelled overseas to visit dying relatives – who are facing an indefinite period away from their jobs, schools, families and secure accommodation.

ACCC investigates complaints about airlines flying to Australia during Covid-19

The Australian Competition and Consumer Commission is investigating whether airlines are breaching consumer laws by cancelling economy tickets while simultaneously selling more expensive seats for the same service on their websites.

Earlier this month, Emirates denied deprioritising economy passengers, in response to a Guardian report about a family moving from the UK to Australia who had their flights repeatedly cancelled.

A travel agent with back-end access to airline bookings who has been monitoring Qatar Airways’ flights into Australia told the Guardian the airline “keeps dropping [new] business class seats into the system, even though the plane is apparently full”.

The travel agent, who asked not to be named, said Qatar Airways was giving conflicting advice, offering to reschedule bumped passengers onto flights “they’ll never get on” while acknowledging to travel agents who call an internal, non-customer service phone line, that “they will [only] get onto that flight if they upgrade to business class”.

“It is absolutely deplorable what they are doing,” she said.

On Tuesday, Qatar Airways was only selling business-class tickets to Australia, with a one-way Doha-to-Sydney ticket priced at $9,200, next available on 6 September. The next economy ticket available was on 12 October, for $3,600 one way.

Melbourne nurse Marianne Uldall, who flew to Copenhagen in June to visit her mother after she suffered a stroke, has had her return flight pushed back by more than a month. She has since exhausted all her paid leave while “stuck” waiting in Denmark. The sole income earner in her family, she is separated from her three children and unable “to support colleagues in the crazy fight against the pandemic”.

Uldall, who will be required to fly into Sydney or another city, undertake quarantine and transit to Melbourne, believes the international arrival cap, and the airlines’ conduct in light of it, will have dire financial implications for her family.

“Financially I am stuffed,” the mother of three said. She booked her 23 July return ticket when booking her 24 June outbound flight. Uldall claims Qatar Airways have “cancelled” her ticket then rebooked her on a later flight three times, ultimately to a flight set to depart on 5 September.

The Qatar Airways flights she was originally booked on ran as scheduled.

The nurse is the sole income earner for her family, as her partner is injured, but she is unable to claim jobkeeper, jobseeker or pandemic-related payments while in Denmark.

“This separation by Covid is not just about money it is definitely also emotional stress for all involved, especially my children and my partner,” she said.

“My children are crying and longing for my return, my partner is struggling to keep it all together,” she said.

Realising the potential indefinite loss of income she faced, Uldall has since been forced to crowdfund to pay for a business class upgrade. But as other economy passengers are forced to do the same, she is conscious of the fact there is no guarantee her business class ticket – now brought forward to 25 August – would not be bumped.

The Guardian asked Qatar Airways if it had considered Uldall’s return flight be prioritised on compassionate grounds.

Pressure is now mounting on the government to ease the caps – introduced to ease pressure on quarantine hotels for returning travellers – after two Coalition MPs called for the arrival numbers to be increased, and a pilot program to fly international students into Adelaide from September was unveiled.

Despite stranded Australians contacting his office – emails which the Guardian has seen – Michael McCormack, the deputy prime minister and infrastructure and transport minister, has repeatedly refused to address claims that economy passengers appear to be overwhelmingly represented among those unable to return.

The passenger caps for Australian airports were introduced then tightened in July, and largely affect Australians returning after brief travel for compassionate reasons who have a valid Covid-19 exemption.

However, Australian citizens living overseas, who heeded government advice to book return flights but who required several months to finish jobs and sell off their homes, are among those now stranded.

Sydney airport is limited to 350 international passenger arrivals a day while Perth’s cap is 75 a day. Brisbane and Adelaide are each limited to 70 overseas passengers a day. Melbourne is not currently accepting international flights.

Earlier this month, the national cabinet decided to extend the arrival caps until 24 October.

For Sydney airport the daily arrival cap can mean flights are limited to 30 on busier days, with last-minute cancellations or delays meaning capacities per flight can change with little notice.

When the Guardian asked minister McCormack what safeguards were in place to ensure essential workers could return to Australia, and whether he would consider quotas within the caps for economy passengers, his spokesman told the Guardian the caps “are vital to maintain the integrity of our national quarantine system”.

The Guardian understands the Department of Foreign Affairs and Trade is urging stranded Australians “in need of emergency financial assistance to contact family, friends, their travel insurer or financial institution in the first instance”, while consular officials may provide a Traveller Emergency Loan.