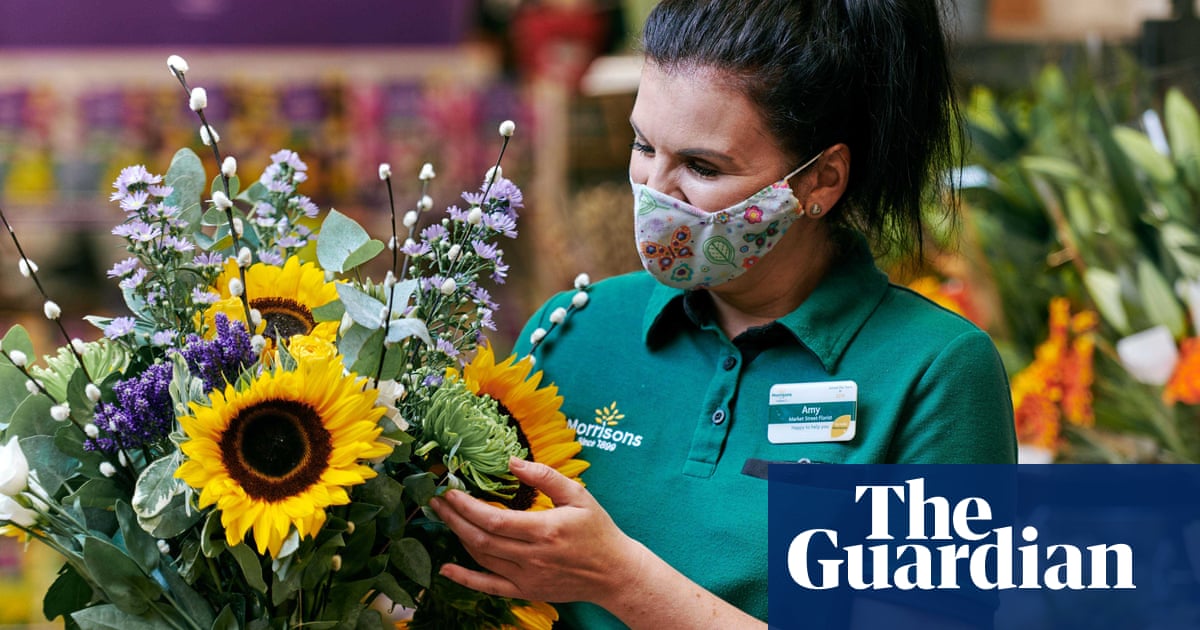 Morrisons is more than doubling the number of flower stalls in its supermarkets and taking on 180 professional florists to create fresh bouquets to meet rising demand.

The Bradford-based supermarket chain said it wanted to offer jobs to floral arrangement specialists who might have lost work during the coronavirus lockdown, when some high street shops were forced to close. It will now employ 300 florists in total, across more than 100 flower stalls.

Jane Watson, the flowers manager at Morrisons, said: “We work with some of the best growers in the world and have some of the best stems. So we wanted to have the best florists in store to make bouquets for our customers. It’s been a difficult year for the flower industry, and we hope this also provides good job prospects for florists looking for work.”

Flowers proved a hit during lockdown, with plants and flowers among the top three most common items bought, according to figures from Barclaycard. Recent Google data showed online searches for flowers were up 277%. Morrisons is currently selling more then 4m flower stems every week.

The British Florist Association (BFA) said the number of florist outlets remained stable, with sales buoyant for those who had turned to selling via a website, over the phone or through social media during lockdown.

Some small shops have been helped in recent weeks by their position on local high streets, which have seen a rise in footfall thanks to commuters who have switched to working from home. But with many high streets closed during lockdown, online florists and supermarkets have also taken a bigger share of the market.

Those businesses reliant on big events and weddings, which have been cancelled or limited in size, are having the toughest time. The floral businesses dependent on weddings, events and wholesalers combined were looking at an estimated loss of £80m, according to the BFA.

“The lack of events is giving concern to the industry as a whole,” the BFA said. “Some florists are anxious about the future and it could be that some will close. For now, we are hearing mainly optimism and determination from our members.”