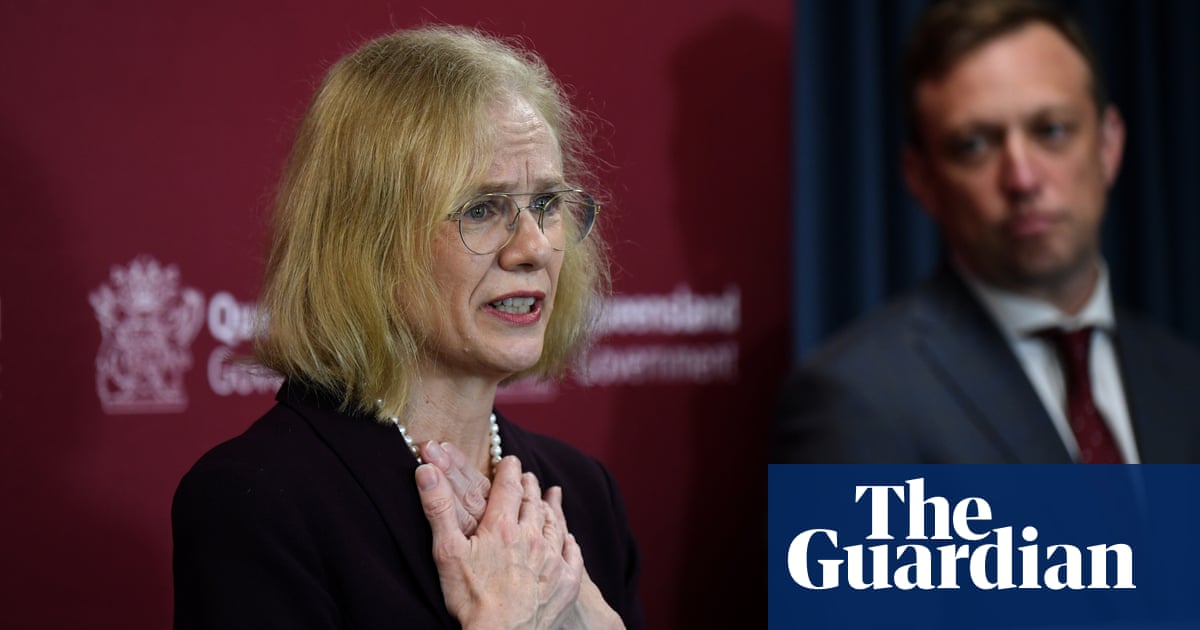 Queensland’s top doctors have called for critics of the state’s chief health officer to “back off” over coronavirus border closures.

Dr Jeanette Young has been repeatedly targeted for advising that the state should remain isolated from Victoria, NSW and the ACT.

Perry said there had been many “stressful” personal attacks on Young over her health advice to the government.

He said the criticism had mostly been by online trolls but he acknowledged the federal government also had a “different point of view”.

“Back off. Leave her alone. We think this chief health officer is doing a great job,” he said. “We’re doing a very, very good job in this state. Probably because Queensland politicians are listening very carefully to a very well qualified physician.”

Perry said Young’s decisions over exemptions to cross the state’s border or quarantining rules had been fair. “It hasn’t just been footballers and wealthy people.”

He said the AMAQ remained concerned about another coronavirus wave. “Victoria is a very stark demonstration about what can happen if we lower our sights too quickly,” There were no new cases in the state overnight: 30 remain active.