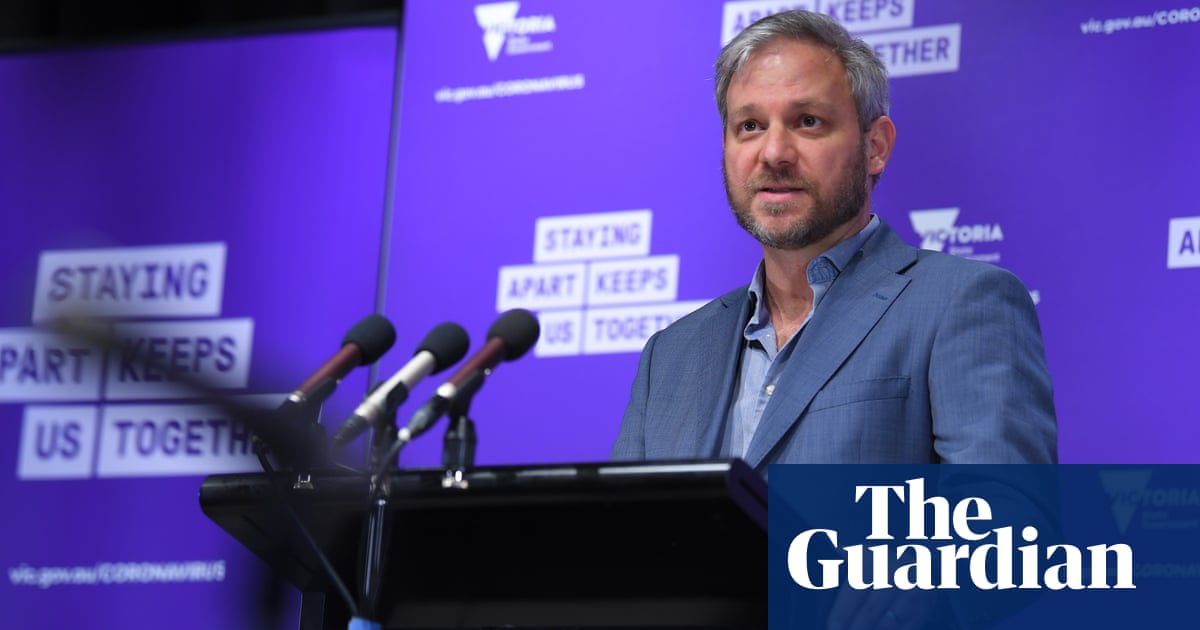 Victoria’s top health official, Brett Sutton, has said it will be “line ball” whether authorities will be able to ease Covid restrictions in Melbourne in two weeks’ time.

Even if several rules are lifted on 19 October, Sutton said on Monday a 5km limit on household movement may remain in place.

The comments came as NSW recorded no new community cases for the 10th day in a row and one case in hotel quarantine. Queensland also went another day without any new infections.

In Victoria, there were nine cases and no deaths overnight, while authorities confirmed all school students would now return to face-to-face classes this month.

To reach the “third step” of the state’s roadmap, which would see the retail sector and some hospitality venues re-open, the government requires a 14-day average of five cases. This currently stands at 11.6.

It also requires only five so-called “mystery” cases over two weeks, with that figure currently at 13. The planned date to ease restrictions was moved forward from 26 October to 19 October late last month.

Asked whether Victoria was likely to meet the required case thresholds, Sutton said his “gut feeling is that it will be line ball”. “Look, it’s not certain one way or the other,” he said on Monday.

Sutton said it was vital the state maintained control over the “mystery cases”, though he didn’t rule out an easing of restrictions if that threshold was not met.

“We’d have to see exactly where we were at that time, including the trend,” he said. “Because if all five of the cases are in the first week of that fortnight and we have seven or eight or nine days prior to the 19th that has absolutely no mystery cases, that’s a positive, obviously.”

As the weather improves and Melburnians increasingly meet for outdoor social activities, the government is also being asked to justify the 5km restriction on movement.

Sutton defended the measure on Monday as vital to limiting movement. Sutton and the premier, Daniel Andrews, both said it was possible it could remain in place even if other restrictions were eased. Another option was extending it to 10km.

“We will examine it at the point when we are there,” Sutton said. “We will see where the outbreaks transmission is coming from and reflect on the 5km rule with respect to that and the overall picture.”

Amid calls from the federal government for a fast-tracked return to classes, Victoria also announced all students would now return to school for term four.

Year 7 will return alongside primary students next week, while years 8, 9 and 10 – about 164,000 students – will attend face-to-face classes from 26 October. Year 11 and 12 students were already set to return to school when term four recommenced.

Sutton said it was for families to decide whether students should take public transport to school.

“There will be some lines where public transport gets pretty crowded but if you can be in those little four-seated areas, maybe with your group of friends from your class that you would normally be socially interacting with, it is probably not an issue,” he said.

“If it is a packed public transport setting and you can’t distance appropriately and you have the option to be driven, then I think that’s a reasonable one as well. Obviously walking and cycling and all of those things are absolutely fantastic.”

Of the nine new cases in Victoria, one was linked to an outbreak at Chadstone Shopping Centre that’s now reached 24 infections.

It means regional Victorians will be able to enter the NT without quarantining or other restrictions from 2 November.

“We can confirm we are now happy enough with the progress made in regional Victoria to flag a future change in their hotspot status, provided things keep progressing the way they are,” the chief minister, Michael Gunner, said.

In NSW, the state recorded its 10th day without a locally transmitted Covid case, though authorities warned that testing rates had declined.

“We are now encouraging public servants to physically return to work in their offices in a Covid-safe way, which will help stimulate city-based businesses and create more jobs across the state,” she said on the weekend.

There were no new cases in Queensland, with a total of six active cases in the state.