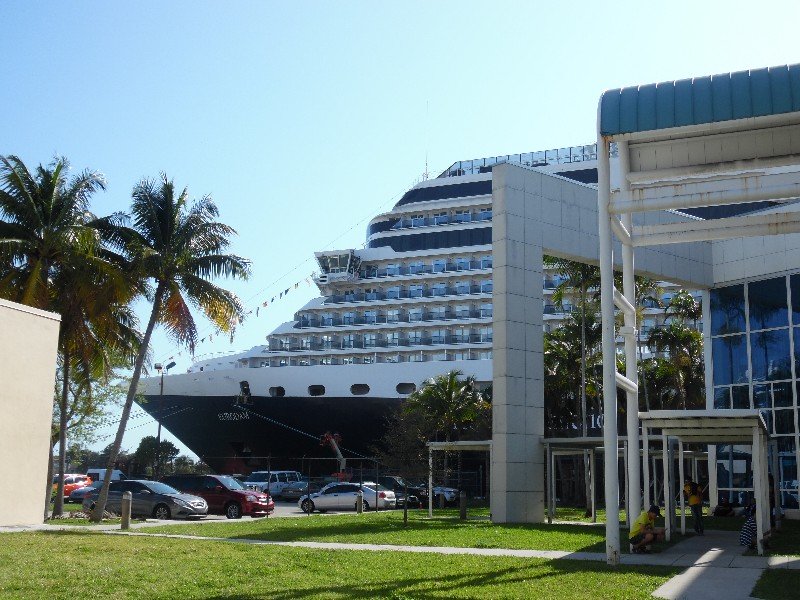 Carnival Corporation released its 10th annual sustainability report, “Sustainability from Ship to Shore.” It was developed in accordance with standards of the Global Reporting Initiative.

In 2019, the company achieved the remaining targets within its 2020 sustainability goals and established new goals as part of its initial 2030 sustainability goals, including a commitment to reduce the rate of carbon emissions by 40 percent. That aligns with the International Maritime Organization (IMO) requirements in alignment with the Paris Agreement and in support of the United Nations Agenda 2030.

“At the core of our company-wide sustainability efforts are our top priorities as a corporation, which are compliance, environmental protection, and the health, safety and wellbeing of our guests, the communities we visit and our crew,” said Bill Burke, chief maritime officer, Carnival Corporation. “The annual sustainability report is critical to providing our stakeholders with a transparent view of our progress against key metrics and demonstrating our commitment to protecting the environment, supporting communities and being compliant everywhere we operate in the world.”

Burke said that as the company looks toward the future, “it will continue to innovate and invest in sustainable initiatives to support compliance and sustainable tourism.”

The company’s latest sustainability report details progress made in 2019 to achieve and surpass those goals, while defining an initial set of sustainability commitments beyond 2020.

Additionally, the company committed to a new goal of a 40 percent reduction in its rate of carbon emissions by 2030 relative to the 2008 baseline.

Advanced Air Quality Systems: As of the end of 2019, 77 percent of the fleet was equipped with advanced air quality systems that are capable of removing nearly all sulfur from exhaust, enabling cleaner air emissions at ports and at sea with no negative impact to the marine environment.

Cold Ironing: At the end of 2019, 47 of the company’s ships featured the ability to use shoreside electric power while docked (known as “cold ironing”), with the ships able to connect at 12 global cruise ports equipped with the technology. That further reduces air emissions in ports where this option is available.

Advanced Waste Water Treatment Systems: The company reached its initial goal by achieving a 10.3 percentage point increase in coverage of fleetwide capacity relative to the 2014 baseline.

Waste Reduction: Carnival Corp. reached its initial goal by achieving a 5.6 percent reduction in its waste rate relative to the 2016 baseline. It also committed to a new food waste reduction goal of 10 percent across the fleet by the end of 2021.

The company adds it is committed to a new goal to reduce all non-essential single-use items and plastics on board by 50 percent by the end of 2021.

Water Efficiency: The company surpassed its goal by achieving an 8.7 percent reduction relative to the firm’s 2010 baseline. It further improved water efficiency by supplying 82 percent of its onboard water needs from the ocean. That means it purchased only 18 percent of the water needed onboard ships at designated ports.

Carnival Corporation said it’s committed to addressing climate change and continuing to lead the pathway to decarbonization within the cruise industry. As part of this commitment, efforts in 2019 included:

Carbon Emission Goal: The company made further progress on its 2020 carbon reduction goal first achieved three years ahead of schedule in 2017, and committed to a new goal of 40 percent reduction in the intensity of CO2e emissions by 2030.

Liquefied Natural Gas (LNG): The company continued to pioneer the use of liquefied natural gas (LNG) in the cruise industry by introducing the second LNG-powered ship for its global fleet, Costa Smeralda, which joined AIDAnova as the first cruise vessels in the world to be powered by LNG.

Fuel Cell Technologies: Carnival Corporation announced a joint venture project to develop a decentralized energy network and a hybrid energy system with a new generation of fuel cells for use in oceangoing passenger vessels. Scheduled for 2021, AIDA Cruises, one of the company’s European brands, will be the world’s first cruise line to test the use of fuel cells on a large passenger ship.

Battery Systems: AIDA Cruises also signed an agreement with Corvus Energy, the world’s leading marine battery supplier for the production and installation of a first-of-its-kind lithium-ion battery storage system on a cruise ship. That system will power the ship’s propulsion and operation for limited periods of time, starting in 2021.

Initiatives and efforts in 2019 included reducing single-use plastics; by the end of 2019, the company reduced the sourcing of approximately 80 million plastic items and approximately 95 million other single-use items.

Food waste reduction continues and the company plans to reduce food waste across its entire fleet by 10 percent by the end of 2021. It’s revising existing practices and developing new onboard food-waste management systems. Carnival Corporation also is looking at installing additional bio-digesters throughout the fleet.

On the environmental training front, the company announced a partnership with the University of West Florida (UWF) to enhance its fleetwide environmental officer training program with the launch of an innovative and interactive Environmental Excellence course that consists of a virtual 23-day voyage.