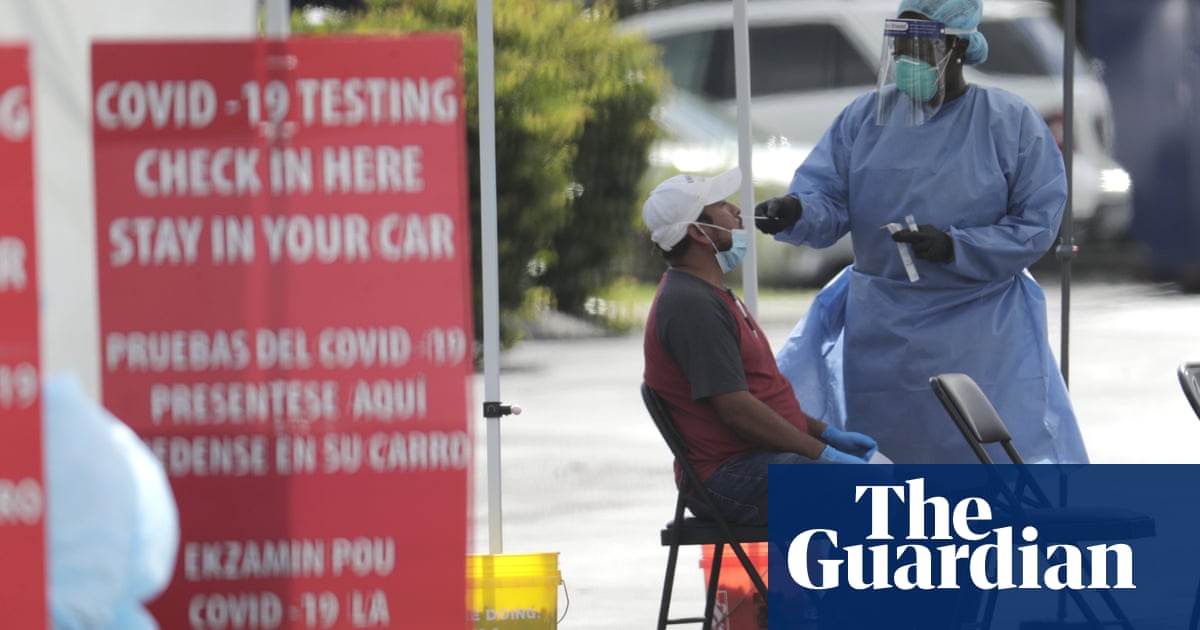 The most prominent US agency for delivering public health advice on Friday reversed key guidelines about who should get tested for coronavirus that were published just a month ago.

The Centers for Disease Control and Prevention (CDC) recommended on Friday that any person who comes into contact with a known carrier of the virus should be tested for the virus, even if the person is asymptomatic.

That updated advice comports with the recommendations of the World Health Organization, public health agencies worldwide, and the CDC’s own previously issued advice.

But the updated advice contradicts controversial guidance published just last month on the CDC website that reportedly was rewritten by senior Trump administration officials over the objection of CDC scientists.

The CDC now recommends that anyone who has been within six feet of an infected person for at least 15 minutes should get a test. The new guidelines were labeled a “clarification” when in fact they were a reversal.

“Due to the significance of asymptomatic and pre-symptomatic transmission, this guidance further reinforces the need to test asymptomatic persons,” the new guidance states.

On Thursday, the New York Times reported that a previous CDC guidance was published on the agency’s website over the strong objection of CDC scientists.

The scientists disagreed sharply with recommendations in the document including one advising that people who did not show symptoms of Covid-19 had no need to be tested for coronavirus, even if they had come into contact with a known carrier, the New York Times said in a report on Friday.

Officials at the Department of Health and Human Services (HHS), which oversees the CDC, rewrote the document in question and “dropped” it onto the agency’s website, the New York Times quotes unnamed government officials as saying. HHS is run by the Donald Trump appointee Alex Azar.

“That was a doc that came from the top down, from the HHS and the [White House] task force,” the Times quoted an unnamed federal official as saying. “That policy does not reflect what many people at the CDC feel should be the policy.”

The report emerged in the middle of a public spat between Trump and CDC director Robert Redfield and amid warnings about the politicization of the CDC, the lead federal agency for combatting infectious diseases, which prior to the Trump administration was seen as well insulated from partisan politics.

After Redfield told the Senate on Wednesday that it would be about a year before a coronavirus vaccine was “generally available” and called masks “the most important, powerful public health tool we have,” Trump said the CDC director was “confused”.

“It’s a very difficult situation,” Ashish Jha, dean of the Brown University School of Public Health, said on Thursday. “We’ve got to let the CDC scientists speak and share their scientific expertise with us.”

A new set of testing guidelines was scheduled to be posted by the agency on Friday.

Once an authoritative voice on public health, the CDC has suffered damage to its reputation as doubts have crept in about whether the advice it offered Americans was guided by science or politics. The New York Times report was only the latest indication of the growing influence of presidential politics at the agency.

In a searing video published on Thursday, a former official who was Mike Pence’s top aide on the White House coronavirus task force accused Trump of hiding what he knew were the dangers of coronavirus from the public because he was worried about his reelection prospects.

“His biggest concern was that we were in an election year, and how was this going to affect what he considered to be his record of success?” the official, Olivia Troye, says in the video. “It was shocking to see the president saying that the virus was a hoax, saying that everything was OK, when we know that it’s not.”

“If the president had taken this virus seriously… he would have saved lives,” Troye concludes, explaining that she was a lifelong Republican who had decided to vote for Joe Biden, Trump’s presidential rival.

Pence told reporters on Thursday that Troy was “one more disgruntled employee who’s left the White House [and] decided to play politics during an election year”.

In the video, Troye describes her motives as the opposite: “At this point it’s country over party.”