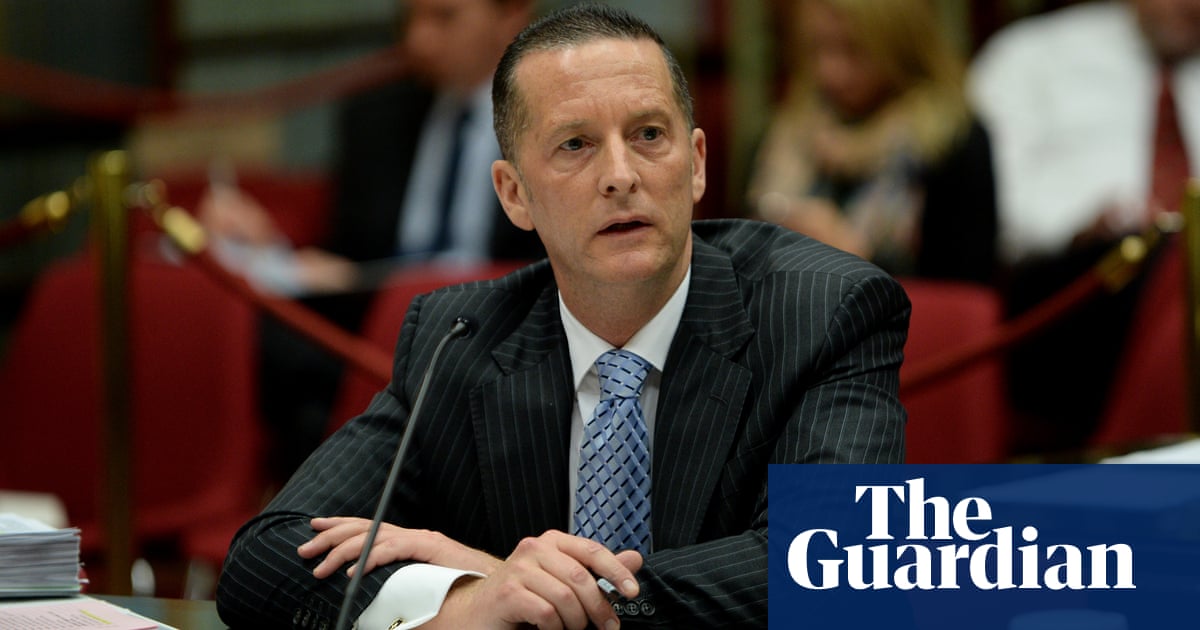 Victoria’s top public servant has resigned after a review of his telephone records revealed he spoke to the state’s highest-ranking police officer on the afternoon that the decision was made to use private security guards in Covid-19 quarantine hotels.

Chris Eccles, the secretary of the Department of Premier and Cabinet, released a detailed statement on Monday morning saying he had resigned, effective immediately.

He conceded in the statement that he had spoken on the phone to former Victoria police chief commissioner Graham Ashton on the day the decision was made to use private security firms to staff quarantine hotels.

He had previously given evidence to the inquiry investigating failures in hotel quarantine that he did not recall speaking to Ashton.

The discussion between the two men occurred in a critical six-minute window in which, according to Ashton’s texts released to the inquiry, the decision was made for security, rather than police, to guard the hotels.

Eccles said he did not have his phone records at the time he gave evidence, but that those records indicated the men had spoken on 27 March.

Despite his failure to recollect the conversation, Eccles said in his statement that he was “emphatic” that neither he nor his department made the decision to use private security guards.

It means that the key question of who made the decision, described as a “creeping assumption” by counsel assisting the inquiry, remains unanswered.

Eccles is the second high-profile resignation linked to the program, after the health minister, Jenny Mikakos, resigned last month.

“I have taken this decision with a sense of clarity that to remain in this position would be a significant distraction to the ongoing work of the Victorian public sector and the citizens of our state as we enter a critical phase of easing Covid-19 restrictions,” Eccles said.

“It is also with clarity that I reaffirm the evidence I provided to the Covid-19 hotel quarantine board of inquiry and the department’s closing submission to the board.

“My evidence is emphatic that neither myself nor the Department of Premier and Cabinet made a decision to use private security as part of the hotel quarantine program.”

Eccles acknowledged in his statement that some of his evidence to the inquiry may have been “inconsistent”.

But he firmly denied that he made any commitment regarding the use of private security in the conversation with Ashton, which lasted slightly more than two minutes.

Ashton had not wanted police officers used as part of the quarantine program, but told the inquiry he did not know who told him that security guards would be used.

His text messages during the frantic 36-hour window that Victoria was given to set up the program have emerged as a key piece of evidence before the inquiry.

At 1.16pm on 27 March, Ashton texted Eccles asking about the “suggestion” that police would be used to guard returned travellers for 14 days.

Ashton did not send or receive another text until 1.22pm, when he told the Australian Federal Police commissioner, Reece Kershaw, that “private security will be used”.

In a follow-up text between the men, who had been in contact earlier that afternoon, Ashton said that was “the deal set up by our DPC”, using the acronym for Department of Premier and Cabinet.

Eccles said that while the phone records confirmed he spoke to Ashton during the six-minute period in which the position regarding the use of guards appeared to have been made, he was certain that he did not make the decision.

“The telephone records do not in any way demonstrate that I, or indeed anyone else in DPC, made a decision that private security be used in the hotel quarantine program.

“I am absolutely certain I did not convey to Mr Ashton any decision regarding the use of private security as I was unaware any such decision had been made, and I most certainly had not made such a decision myself.

“There has been much commentary and speculation about whether I or anyone else at DPC spoke to Mr Ashton during that narrow time frame on 27 March. It is now evident I did.”

The phone records of the premier, Daniel Andrews, other cabinet ministers and other senior officials and public servants were requested by the inquiry on Saturday.

The need for the records became clear after none of the witnesses before the inquiry, nor the thousands of documents tendered in evidence, provided clarity about who decided to use private security.

Andrews said on Monday afternoon that he had spoken to Eccles that morning and expressed sadness that his 35 years in public service had ended.

He said he learnt on Sunday night that phone records proved Eccles had spoken to Ashton, but denied he forced Eccles’ decision. Jeremi Moule, a deputy secretary at the department, has been appointed Eccles’ replacement.

Andrews said he did not know what Eccles and Ashton discussed.

“[Eccles has] been pretty clear about his version of events. His view, the status of his testimony at the board of inquiry, but there’s a central fact here that can’t be – can’t be ignored and that is that a phone call was made,” Andrews said.