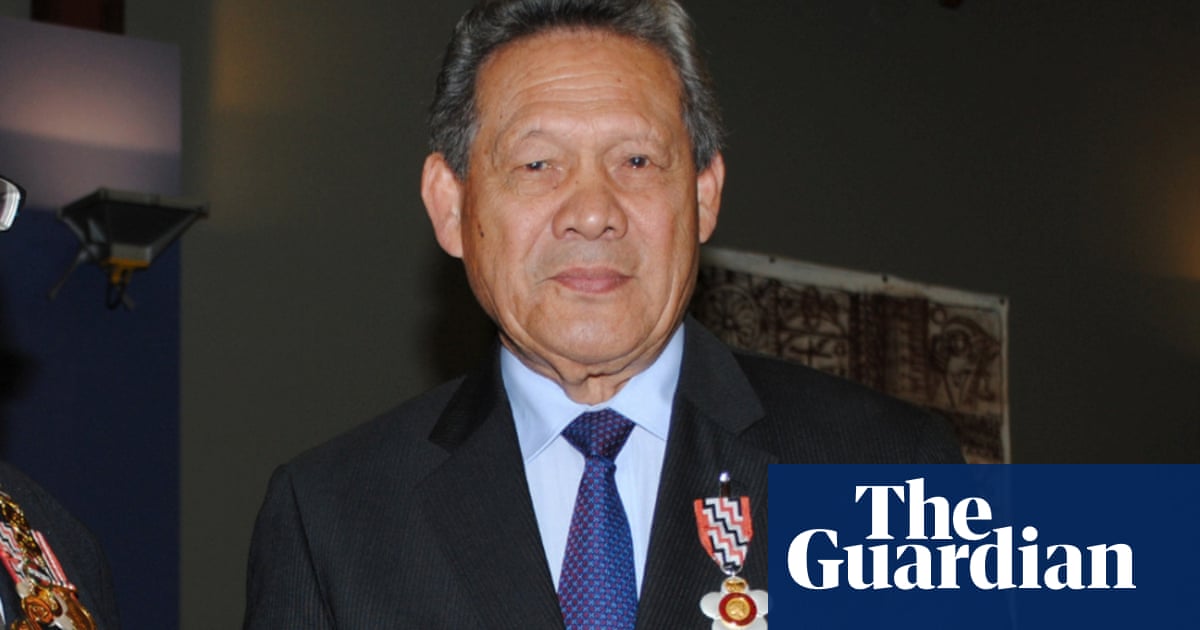 A former prime minister of the Cook Islands, Joseph Williams, has died of coronavirus in Auckland, New Zealand’s health ministry said on Saturday, taking the number of Covid-related deaths in the country to 24.

Williams, who was 82, was a well-known GP as well as a politician and author, living in New Zealand. He was briefly prime minister of the Cook Islands in 1999 after serving as the South Pacific nation’s minister of health and education.

New Zealand’s director-general of health, Ashley Bloomfield, said in a statement: “Dr Williams was seen as a leading figure in the Cook Islands medical community and he will be sadly missed.”

Williams was admitted to Auckland city hospital on 13 August amid concerns he might have come in close contact to someone linked to the initial Auckland cluster. Williams’s Mt Wellington practice is not far from the Americold coolstore that was at the heart of the most recent outbreak.

Deputy prime minister Winston Peters, for whose party Williams once stood as a candidate said he “made a serious mark on the communities he served. He will be greatly missed in both New Zealand and the Cook Islands.

“Dr Williams was a dedicated and passionate man. He was an enduring example example of a Cook Islander who came to New Zealand for education, and then made a real difference in his chosen career.”

Cooks Islands prime minister Henry Puna called Williams a “pioneer on many fronts and a man way beyond his time” and said a national memorial service would be organised in due course.

Dr Kiki Maoate, his nephew and president of the Pasifika Medical Association said: “His love, generosity and kindness has touched so many families, friends and colleagues. He has left us all with the gifts of his journey, and for that we are forever grateful.”

New Zealand finance minister Grant Robertson tweeted: “Dr Joe was such an influential leader in the Cook Island community, and in the health sector in general. Deeply respected, my thoughts and aroha are with his family, friends and community.”

New Zealand’s largest city, Auckland, has been under restrictions to fight the spread of the coronavirus since an outbreak last month. Prime Minister Jacinda Ardern on Friday extended the 2.5 alert level until at least mid-September after the country reported the Covid-19 death of a man in his 50s who worked at Americold.

Bloomfield said: “Today’s sad news again reinforces the importance of our shared vigilance against Covid-19, the very serious consequences the virus can carry with it, and the measures we all need to take to stop the spread, break any chain of transmission and prevent deaths.”

Reuters contributed to this article