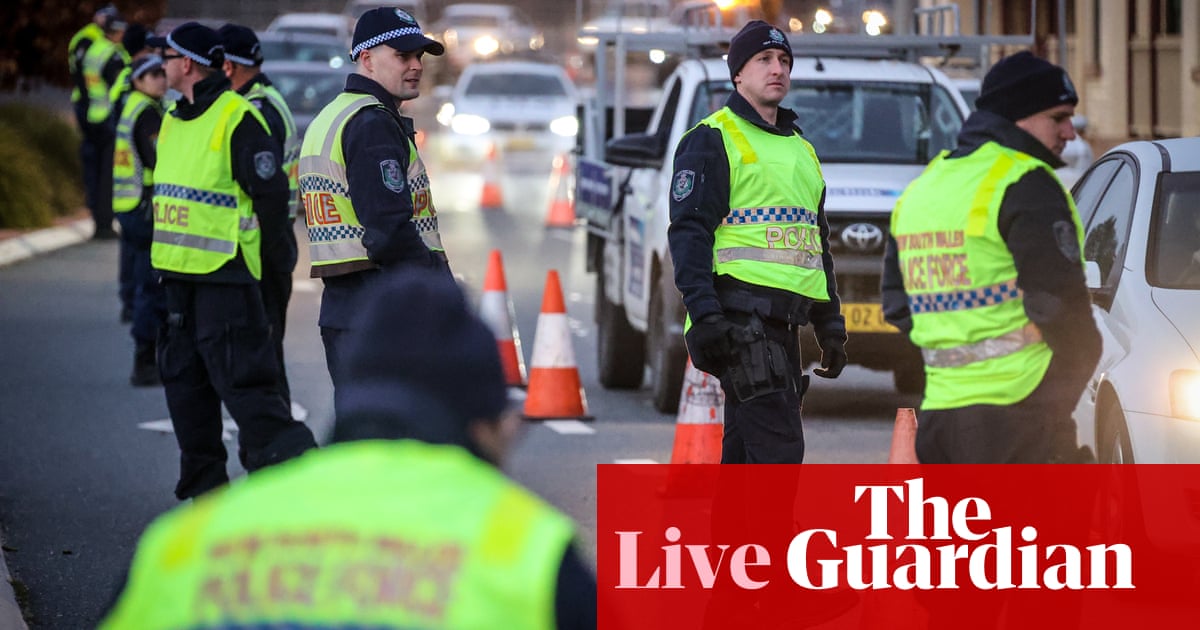 However he said it would increase from 500 to 800 per week, and rather than phrasing it as 800 international arrivals per week, he said there would be 800 hotel quarantine positions available.

Interestingly, Marshall also said that while SA currently had capacity for 500 new hotel quarantine spots per week, only 234 of these beds had been reserved for international arrivals, while the rest were for interstate arrivals.

He said under the new increases, 600 of the state’s 800 hotel quarantine spots each week would be set aside for international arrivals.

“We’ve got to play our part in the repatriation of Australian citizens who are stranded overseas,” Marshall said.

Michael McCormack earlier today called for the state to increase its international arrival intake by 360.

She said she had previously “mentioned to the Deputy Prime Minister, that I would be more than happy to look at taking more Australians here where we have the capacity to do so”.

However a spokesman for Palaszczuk told the Guardian Queensland would need the federal government’s support to take more arrivals into its hotel quarantine.


Leadership is always a tough job. Leadership in today’s environment is doubly tough. Because this period of relative stability in the world has gone. It’s past. The actions I’m talking about demand agility. They demand a kind of leadership that triangulates, triangulates what the private sector, the public sector and civil society. That are engaged as a partnership model, equally, as equal stakeholders. Here in Australia, we need to talk a lot more about leadership across all enterprises, building strong capability in management that is fit for today’s purpose is a must. If you look at the reality, look at the reality, make your choices, build a team and make the decisions to implement, lead the change. Not only do that once, repeat, repeat, repeat!

Where does Andrew Liveris believe Australia needs to diversify?


We need to diversify to ASEAN and to India in our near north. How do we strike that balance? You don’t have to be a rocket scientist to work that out.

You have to lead. You have to step up. In the 21st century, Australia has to be known to be a leader, to punch above its weight.

Specifically, there are four things that I believe we should be doing.

One I’ve explained above – we have to diversify economic interests as fast as possible away from one trading partner.

Third, we must invest and be a leader in sustainable technologies and infrastructure.

Yes, green technologies, green infrastructure. To protect the environment and value our ecosystems.

Fourth, we need to restructure, reset and promote the skill base of our citizens.

All four, simultaneous, in parallel, integrated.

Andrew Liveris has moved onto China in his speech:


The acceleration of China’s march up the economic ladder, relying less on exports to other nations and more on its own goods that are produced and that it consumes itself is irreversible.

The acceleration on building a barrier around themselves, both economically and militarily, is the China we will see for the next many decades.

China has realised it will have to exert its own power. And it has a lot to exert.

How to respond to that if you’re a near neighbour is critical.

Making sure one doesn’t mix them up by making decisions on how to deal with this new reality of the new China.

I don’t think that that China is going to particularly go out there and pick fights or start wars but it is going to flex its muscles.

That means, as a result, our moral code is going to be tested and questioned on how do we respond.

China will remain a big consumer of goods that Australia produces. And we’ve got to keep developing that relationship for our own mercantile benefit and, frankly, for theirs.

When we confuse mercantile interests with what are the issues of principle, that’s when we get into trouble.

We need to keep the diplomatic channels wide open, to speak frankly and to speak our mind in private with China’s government about what we believe, what our standards are, what our values are, but at the same time we need to keep the flow of trade moving between our two countries. Both of these things can and must be kept in balance. We must also frankly need to immunise ourselves against reliance on one country, on China. Australia has to diversify so we’re not put in a compromised position.

Among the successes the response centre is claiming:

It has been seven weeks since the Victorian Aged Care Response Centre was set up:

Much of these positive developments can be attributed to the Response Centre’s rapid intervention effort, comprising of more than 450 hospital transfers, enhanced infection control and screening practices, and the deployment of a surge workforce flown in from right around the country.

A remaining 78 facilities are currently experiencing outbreaks, this is 50 less than at the peak of the outbreak. The Response Centre is working alongside case managers, public health units, peak bodies and aged care providers to actively monitor and support these facilities as required.

With the acute situation defused, the Response Centre is further ramping up its prevention effort and has begun supporting residents to return to their aged care homes. The Epping Gardens aged care facility now has 15 residents who have been transferred back to their residence.

Andrew Liveris, the former Dow Chemical chief who sits on the board of a Saudi oil and gas company and is advising the government on kickstarting manufacturing in this country (spoiler – it involves gas) is the National Press Club guest today.

McGowan didn’t rule out increasing Perth’s intake to 1,025 arrivals per week – an increase of 500 requested by McCormack – but instead called on the federal government to open commonwealth quarantine facilities as a way of increasing the arrival caps.

McGowan said he was surprised by McCormack’s announcement he had sent letters to state and territory leaders demanding the increases:

There are commonwealth facilities out there, defence bases, immigration facilities that could be used for two weeks quarantine for people returning from overseas. I’d urge the commonwealth to have a look at those facilities as a measure.

Quarantine and customs is a federal responsibility. But we’re obviously picking up the slack. We’re saying to the commonwealth work with us, don’t palm it all off, don’t say it’s just for states … The commonwealth can resolve this if it wants to.”

McGowan said increasing WA’s caps wasn’t as simple as allowing more returned Australians to quarantine in empty hotel rooms in Perth, as there were “management and quality” issues.

OK, there has been a lot of questions about why the Queensland chief health officer is the one making the decisions in Queensland, in terms of exemptions, directions and the rest.

Well, it’s because that is the law in Queensland.

Under the Public Health Act, the power to give directions sits with the CHO:

Power to give directions

(1) This section applies if the chief health officer reasonably believes it is necessary to give a direction under this section (a public health direction) to assist in containing, or to respond to, the spread of COVID-19 within the community.

(2) The chief health officer may, by notice published on the department’s website or in the gazette, give any of the following public health directions— (

a) a direction restricting the movement of persons;

(b) a direction requiring persons to stay at or in a stated place;

(c)a direction requiring persons not to enter or stay at or in a stated place;

That is different to other states, but it is the law in Queensland – the CHO makes the rules.

So that is a no from Victoria and a no, for now, from the ACT in response to Michael McCormack’s request to take on more returned travellers: