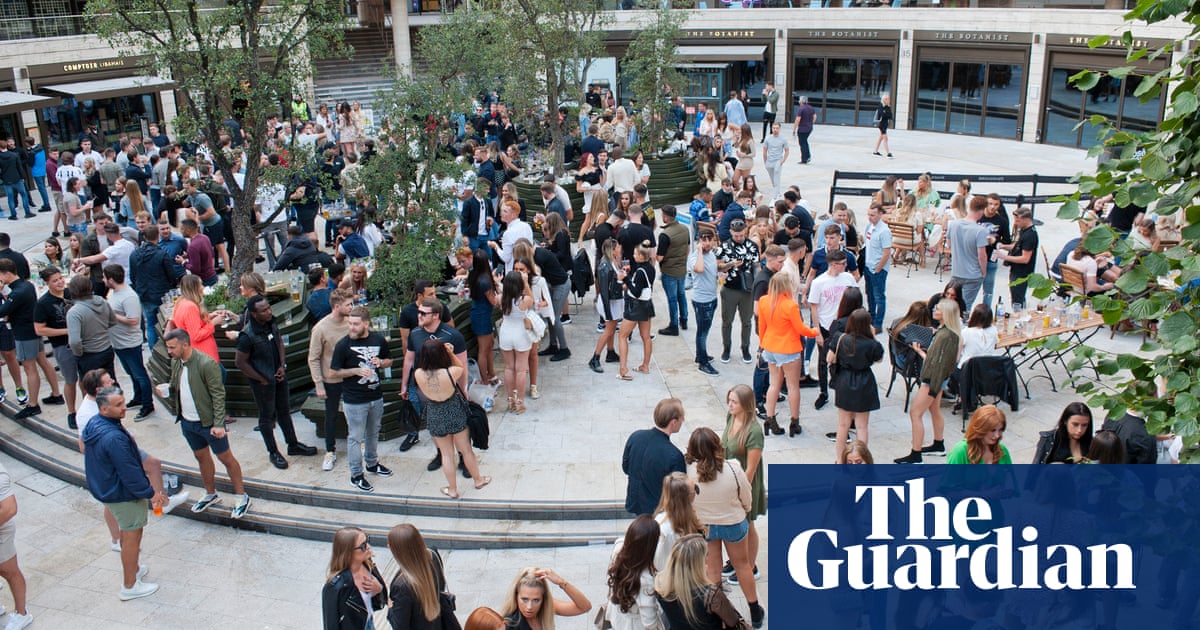 The health secretary, Matt Hancock, implored young people to stick to the rules as Covid-19 infections in the UK rose to their highest levels since early May.

It is not known why case rates are higher among young people, but England-level data shows they are rising steeply.

There were 2,988 new coronavirus cases reported across the UK on Sunday 6 September, government figures showed, a 65% increase on the previous day. Although the daily figures do not allow for analysis by age, Public Health England’s weekly surveillance reports do.

They show Covid case rates are growing fastest among those aged between 10 and 29, according to analysis of PHE figures gathered between the beginning of July and the end of August.

The most recent figures covering the week to 30 August show that there were 26.5 cases per 100,000 people in their 20s – the highest rate of any group in that week.

However, in certain parts of the country the case rates are much higher: in the north-west case rates among those in their 20s was running at 49.3 per 100,000 people in the week to 30 August, almost twice the English figure.

The rate of increase among those in their 30s and 40s is lower (16.8 and 11.5 per 100,000 respectively) but case rates in both age categories are growing, albeit not at the same pace witnessed among teenagers and those in their 20s.

Conversely case rates have dropped in the two oldest age categories, with case rates per 100,000 among the over-80s dropping from 11.2 to 6.2 in the past nine weeks.

What the PHE data does not show is whether certain age groups are more likely to be tested in the first place, for example if frequent testing in care homes might influence the overall rate of cases in the older age categories.

The data does not take into account the impact of pupils returning to schools, with dozens of schools across England and Wales reporting Covid outbreaks after the first week of term.

There have been 89 deaths among those aged under 29 since the start of the pandemic, according to data from the Office for National Statistics, meaning young people have an extremely slim risk of dying from Covid-19.

The figures, which cover England and Wales, show the vast majority of deaths have been among those aged 60 and over, with 93% of deaths in this age category.