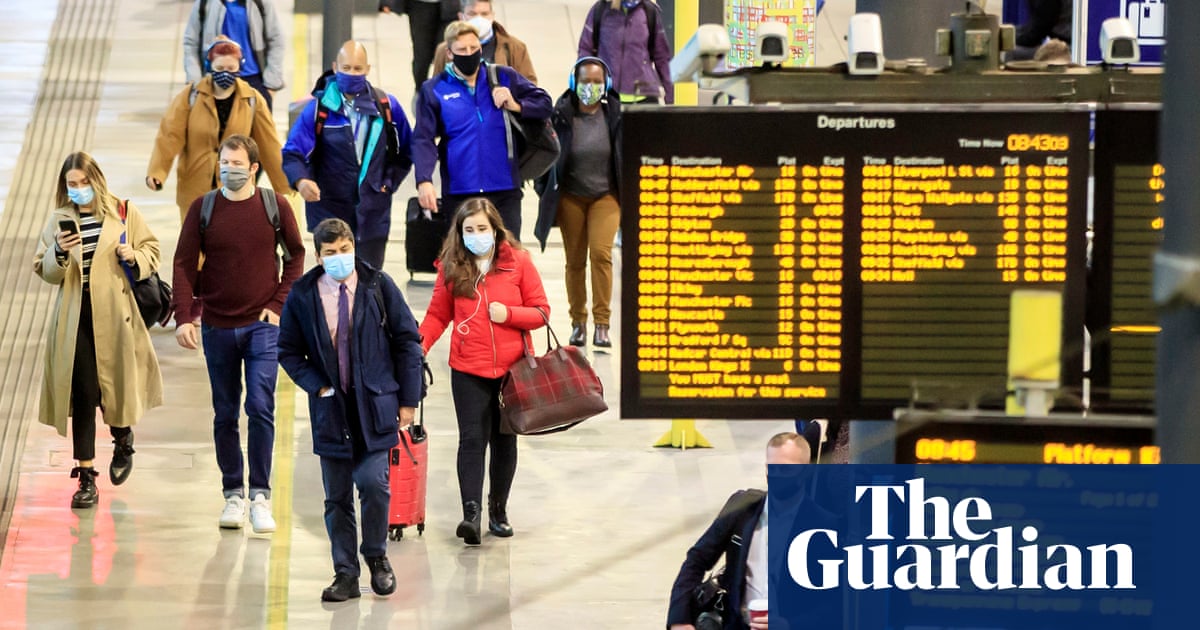 England’s deputy chief medical officer has said the rise in the number of coronavirus cases is of great concern and that people had “relaxed too much” over the summer, as Matt Hancock urged young people in particular to stick to physical distancing rules.

The UK recorded 2,948 daily confirmed cases of Covid-19, according to government data published on Monday, the second biggest 24-hour rise since May.

New case numbers had been at about 1,000 a day for most of August, but have increased sharply in recent days. Britain’s testing capacity has also increased since the peak of the first wave earlier this year.

“People have relaxed too much,” Prof Jonathan Van-Tam said. “Now is the time for us to re-engage and realise that this is a continuing threat to us.

“It’s all very well saying that hospital admissions and deaths are at a very low level in the UK, which is true, but if you look further into the European Union, you can see that where case numbers rise initially in the younger parts of the population, they do, in turn, filter through and start to give elevated rates of disease and hospital admissions in the older age groups, and we know that that then becomes a serious public health problem.

“That’s my concern, that if we don’t get on top of this, if people don’t start to take this seriously again, then there is a risk that that’s where we end up.”

Earlier in the day, the health secretary said younger people, especially those in better-off areas, should remain observant of distancing rules if the UK was to avoid a wider return of the virus, as seen in Spain and France.

The UK has suffered more than 65,000 excess deaths from coronavirus, according to the government’s statistics office, with a surge that lasted longer and spread to more places than those in other hard-hit European nations like Italy and Spain.

In the seven days to 7 September, there were 21.3 cases per 100,000 people, and a total of 14,227. This means the UK’s weekly rate of new coronavirus cases has now risen above 20 per 100,000, the threshold at which the government considers imposing quarantine restrictions on travellers arriving from countries abroad.

While local lockdowns have been mainly concentrated in poorer areas, Hancock said this had now changed. “The recent increase we have seen in the last few days is more broadly spread,” he said. “It’s actually among more affluent younger people where we have seen the rise.”

After almost 3,000 people tested positive for Covid-19 on Sunday, a 65% rise in a single day and the highest daily total since May, Hancock said the UK could soon start to see a renewed rise in hospital admissions.

Speaking on a phone-in with LBC radio, Hancock said it was vitally important for younger people to take measures to avoid spreading the virus. “It’s concerning because we’ve seen a rise in cases in France, in Spain, in some other countries across Europe, and nobody wants to see a second wave here,” he said.

“The rise in the number of cases we’ve seen over the last few days is largely among younger people – under-25s, especially between 17 and 21. The message to all your younger listeners is that even though you’re at lower risk of dying from Covid if you’re under 25, you can still have really serious symptoms and consequences.”

While the mortality rate among young people was lower, Hancock said, they could still be susceptible to debilitating long-term symptoms. “Also, you can infect other people. And this argument that we’ve seen that you don’t need to worry about a rise in cases because it’s young people, and they don’t die – firstly they can get very, very ill, and secondly, inevitably, it leads to older people catching it from them.”

Hancock dismissed the idea that the increase in cases was largely down to more testing, saying the figure for so-called test positivity – the proportion of tests that show someone does have Covid-19 – was also going up.

The point was reiterated by Downing Street, as Boris Johnson’s spokesman urged people to act. “The rise in the number of cases is concerning, and we’re seeing them predominantly among young people,” he said. “Generally, a rise in cases among younger people leads to a rise in cases across the population as a whole. That’s why it’s so important that people maintain social distancing and don’t allow this illness to infect older generations.”

Answering questions from listeners, Hancock played down the potential impact of medical supplies if the UK leaves the EU with no long-term trade deal, saying this would not be nearly as bad as if there had been no initial deal.

Hancock was questioned after it emerged that Johnson was drawing up legislation that would override the Brexit withdrawal agreement on Northern Ireland, threatening to collapse talks with the EU.

“We already have a deal. The question is whether we can land a long-term future trade agreement,” Hancock said. Asked if he could guarantee no disruption to medical supplies, he said: “I’m comfortable that we’ve done the work that is needed.”

Speaking to one Nottingham-based listener, Hancock accepted that there had been difficulties in getting people Covid tests near them, after the man said he had been sent for a test in Dundee, nearly 350 miles away.

This had happened 10 days ago, the man said. Hancock replied that the system had since improved. “We’ve changed that now so that people get offered tests within 75 miles, which is still quite a hike, if you need to.”