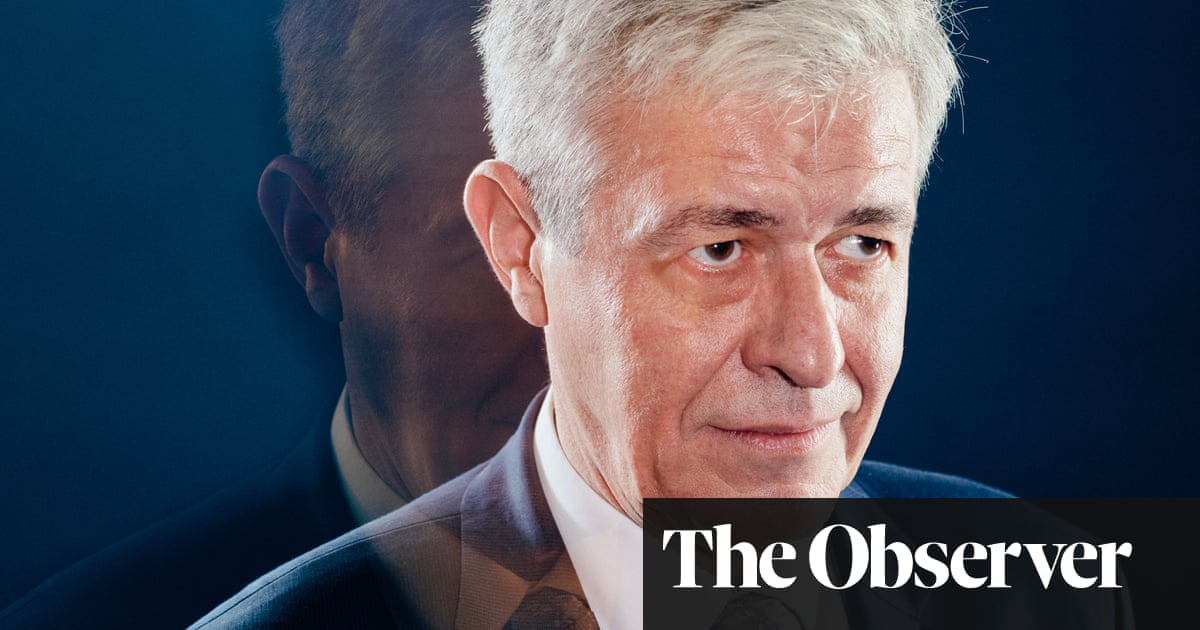 Neuroscientist Karl Friston, of University College London, builds mathematical models of human brain function. Lately, he’s been applying his modelling to Covid-19, and using what he learns to advise Independent Sage, the committee set up as an alternative to the UK government’s official pandemic advice body, the Scientific Advisory Group for Emergencies (Sage).

How do the models you use differ from the conventional ones epidemiologists rely on to advise governments in this pandemic?
Conventional models essentially fit curves to historical data and then extrapolate those curves into the future. They look at the surface of the phenomenon – the observable part, or data. Our approach, which borrows from physics and in particular the work of Richard Feynman, goes under the bonnet. It attempts to capture the mathematical structure of the phenomenon – in this case, the pandemic – and to understand the causes of what is observed. Since we don’t know all the causes, we have to infer them. But that inference, and implicit uncertainty, is built into the models. That’s why we call them generative models, because they contain everything you need to know to generate the data. As more data comes in, you adjust your beliefs about the causes, until your model simulates the data as accurately and as simply as possible.

Can you give an example of what you mean by uncertainty, with respect to Covid-19, and how you build it into your models?
A common type of epidemiological model used today is the SEIR model, which considers that people must be in one of four states – susceptible (S), exposed (E), infected (I) or recovered (R). Unfortunately, reality doesn’t break them down so neatly. For example, what does it mean to be recovered? We know that with Covid-19 you can be infected but asymptomatic, so does it mean recovered from the symptoms or recovered from the infection? And that question hides a host of others, including questions relating to national testing strategies. SEIR models start to fall apart when you think about the underlying causes of the data. You need models that can allow for all possible states, and assess which ones matter for shaping the pandemic’s trajectory over time.

This is the first time the generative approach has been applied to a pandemic. Has it proved itself in other domains?
These techniques have enjoyed enormous success ever since they moved out of physics. They’ve been running your iPhone and nuclear power stations for a long time. In my field, neurobiology, we call the approach dynamic causal modelling (DCM). We can’t see brain states directly, but we can infer them given brain imaging data. In fact, we have pushed that idea even further. We think the brain may be doing its own dynamic causal modelling, reducing its uncertainty about the causes of the data the senses feed to it. We call this the free energy principle. But whether you’re talking about a pandemic or a brain, the essential problem is the same – you’re trying to understand a complex system that changes over time. In that sense, I’m not doing anything new. The data is generated by Covid-19 patients rather than neurons, but otherwise it’s just another day at the office.

You say generative models are also more efficient than conventional ones. What do you mean?
Epidemiologists currently tackle the inference problem by number-crunching on a huge scale, making use of high-performance computers. Imagine you want to simulate an outbreak in Scotland. Using conventional approaches, this would take you a day or longer with today’s computing resources. And that’s just to simulate one model or hypothesis – one set of parameters and one set of starting conditions. Using DCM, you can do the same thing in a minute. That allows you to score different hypotheses quickly and easily, and so to home in sooner on the best one.

Any other advantages?
Yes. With conventional SEIR models, interventions and surveillance are something you add to the model – tweaks or perturbations – so that you can see their effect on morbidity and mortality. But with a generative model these things are built into the model itself, along with everything else that matters. Our response as individuals – and as a society – becomes part of the epidemiological process, part of one big self-organising, self-monitoring system. That means it is possible to predict not only numbers of cases and deaths in the future, but also societal and institutional responses – and to attach precise dates to those predictions.

How well have your predictions been borne out in this first wave of infections?
For London, we predicted that hospital admissions would peak on 5 April, deaths would peak five days later, and critical care unit occupancy would not exceed capacity – meaning the Nightingale hospitals would not be required. We also predicted that improvements would be seen in the capital by 8 May that might allow social distancing measures to be relaxed – which they were in the prime minister’s announcement on 10 May. To date our predictions have been accurate to within a day or two, so there is a predictive validity to our models that the conventional ones lack.

What is your role with Independent Sage?
I’m a member with special responsibility for modelling. When they first approached me I didn’t see the “Independent”… I’m joking, but only partly. I think of Independent Sage as the ultimate exercise in public engagement; what it would look like if you and I and everyone else were able to sit in on a real Sage meeting. I’ve heard defensive politicians say its very existence impugns the real Sage, but as a scientist I can’t subscribe to that. In my view there can never be anything wrong with transparent, informed discussion. The committee’s other, equally important, role is to present the UK government with alternative hypotheses – to give it more room for manoeuvre.

What do your models say about the risk of a second wave?
The models support the idea that what happens in the next few weeks is not going to have a great impact in terms of triggering a rebound – because the population is protected to some extent by immunity acquired during the first wave. The real worry is that a second wave could erupt some months down the line when that immunity wears off. We can test a range of hypotheses, based on a very short duration of immunity – as with a common cold – right through to immunity that lasts for decades. For each duration we can calculate the probability that a second wave will emerge, and when. It’s early days for this work, and I look forward with genuine excitement to new data on immunity becoming available, now that reliable antibody tests exist. But the important message is that we have a window of opportunity now, to get test-and-trace protocols in place ahead of that putative second wave. If these are implemented coherently, we could potentially defer that wave beyond a time horizon where treatments or a vaccine become available, in a way that we weren’t able to before the first one.

Once the pandemic is over, will you be able to use your models to ask which country’s response was best?
That is already happening, as part of our attempts to understand the latent causes of the data. We’ve been comparing the UK and Germany to try to explain the comparatively low fatality rates in Germany. The answers are sometimes counterintuitive. For example, it looks as if the low German fatality rate is not due to their superior testing capacity, but rather to the fact that the average German is less likely to get infected and die than the average Brit. Why? There are various possible explanations, but one that looks increasingly likely is that Germany has more immunological “dark matter” – people who are impervious to infection, perhaps because they are geographically isolated or have some kind of natural resistance. This is like dark matter in the universe: we can’t see it, but we know it must be there to account for what we can see. Knowing it exists is useful for our preparations for any second wave, because it suggests that targeted testing of those at high risk of exposure to Covid-19 might be a better approach than non-selective testing of the whole population.

Are generative models the future of disease modelling?
That’s a question for the epidemiologists – they’re the experts. But I would be very surprised if at least some part of the epidemiological community didn’t become more committed to this approach in future, given the impact that Feynman’s ideas have had in so many other disciplines.

Finally, a Wired interview says you like to smoke, don’t speak to anyone before midday, do not own a mobile phone and deplore one-on-one meetings. Has any of that changed during lockdown?
I’m afraid not. It’s true that this could be considered a one-on-one meeting, but my default mode is sharing ideas in a group – Independent Sage-style – and normal service will resume shortly. Just before I spoke to you I declined an invitation to speak on morning radio, and now I’m off for a cigarette.

‘We still don’t know it’s over’: will Covid surge after US ends emergency?

Covid was devastating – why are we pretending it didn’t happen? | Emma Beddington