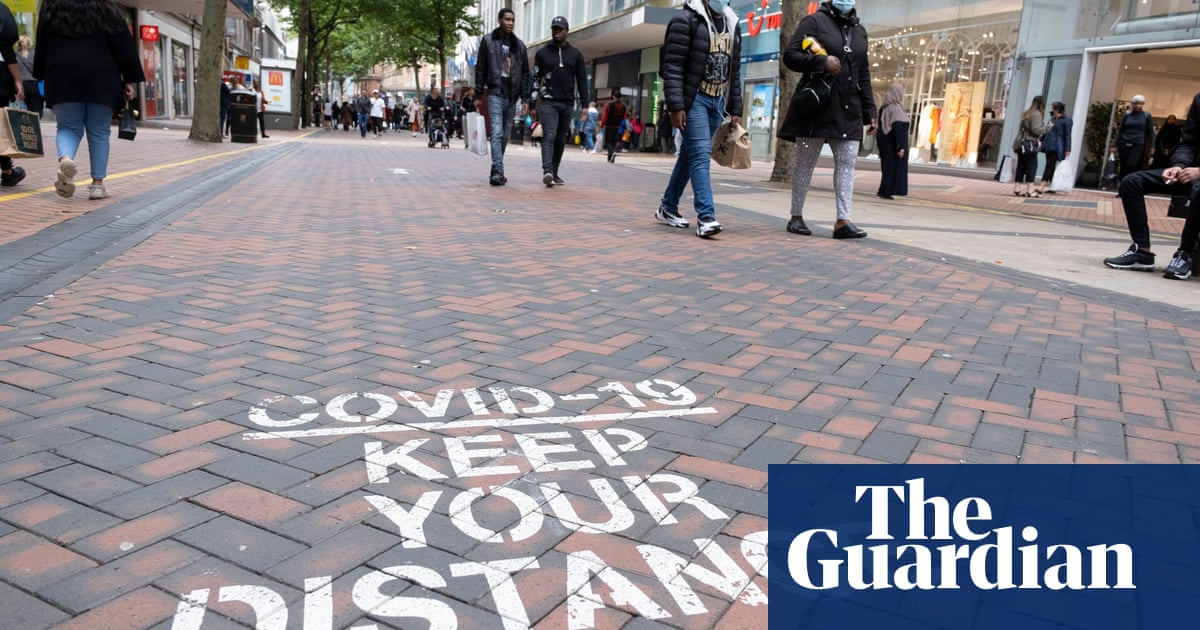 The R value for the UK may have risen above 1.0 for the first time since weekly reporting of data began.

The figure reflects the average number of people a person infected with coronavirus passes the disease on to. When the figure is above 1, an outbreak can grow exponentially.

The latest figures for the UK reveal an R value of between 0.9 and 1.1, with the number of new infections somewhere between shrinking by 3% and growing by 1% every day. The figures for England are between 0.9 and 1.0, with the growth in new infections between -3% and 0. This is the highest the R number has been since the UK government started releasing the figures to reflect developments in the pandemic on 15 May.

The official figure has previously reached 0.8-1.0 for the UK as a whole, but it has never moved above 1, although previous modelling has suggested it may have edged above this threshold in some regions.

“We have been seeing indications that these values may be increasing, with estimated ranges increasing slightly from previous publications,” the team behind the data said.

They urged caution, however, noting: “Recent changes in transmission are not yet fully reflected in these estimates because the data used to calculate R and growth rate reflect the situation from a few weeks ago. It is also important to recognise that these are estimates, and there is a high degree of uncertainty with them.”

Dr Michael Head, senior research fellow in global health at the University of Southampton, said: “We are seeing increases in new daily cases, and now we have an R number estimate that is approximately at the 1.0 threshold. The data suggests that as people mix more freely, there are probably increases in community transmission.

“This is to be expected, but highlights the problems in coming out of lockdown, particularly when there are many thousands of active cases in a population,” he said, adding that difficulties in controlling the virus could be aggravated with the onset of winter because fewer people will be willing to meet outdoors.

The north-west, London and the south-west could all have R values above 1.0, but the team said the estimates for the latter two regions were not robust because of factors such as low case numbers or a high degree of variability in transmission across the region.

The Scottish government announced earlier this week that the nation’s R value was between 0.8 and 1.2, and the figure for Northern Ireland is between 1.0 and 1.6. The most recent data from Wales suggests an R value of between 0.80 and 1.1.

Dr Yuliya Kyrychko, a reader in mathematics at the University of Sussex, said the growth in the R number aligned well with NHS test-and-trace data released on Thursday, which showed a 27% increase in Covid-positive cases in the week of 6-12 August compared with the week before. “At the moment it looks like the distribution of cases is not uniform across the country, which suggests that the drivers for new infections are local hotspots,” she added.

Dr Jasmina Panovska-Griffiths, an expert in mathematical modelling at University College London, cautioned that when infection levels fall, there is high variability in transmission across the country and disease is spread down to localised clusters, R becomes a less useful figure.

Kevin McConway, emeritus professor of applied statistics at the Open University, said local outbreaks were the most important focus, and that the R figures and growth rate did not show a clear trend. “It could be that the epidemic is growing, but it probably isn’t, it’s probably declining, though not very fast,” he said.

Weekly data from the Office for National Statistics suggested that the coronavirus infection rate in England was continuing to level off, with around one in 2,200 individuals having the virus and about 2,400 new cases a day for the week of 7–13 August, down from around 3,800 new cases a day the week before.

“There is not enough evidence to say at this point that there has been a fall in incidence in the most recent week, therefore we continue to report that the incidence rate for England has levelled off,” the team reported.