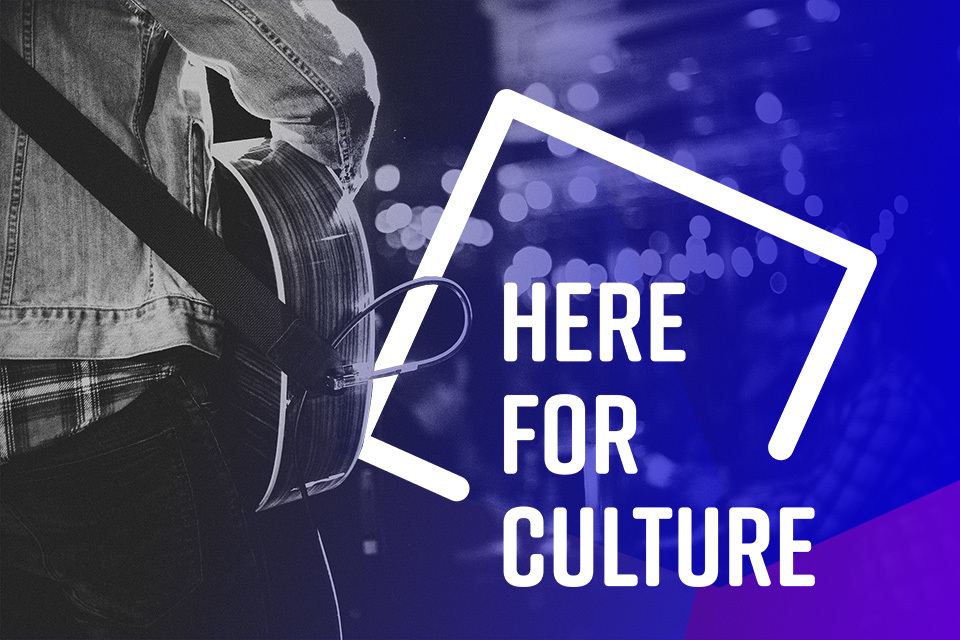 Grassroots music venues across England are the first recipients of the Government’s £1.57 billion Culture Recovery Fund, the Culture Secretary has announced today.

The £3.36 million Emergency Grassroot Music Venues Fund is being shared among 135 venues across England who applied for support to survive the imminent risk of collapse caused by the coronavirus pandemic. In response to the demand for help from some of the hardest hit in the sector, and to ensure the support would be felt far and wide, an additional £1.1 million was also brought forward, increasing the fund from £2.25 million to £3.36 million to help as many venues as quickly as possible.

This Government is here for culture and these grants today show we are determined to help our exceptional music industry weather the covid storm and come back stronger.

“Grassroots music venues are where the magic starts and these emergency grants from our £1.57 billion fund will ensure these music venues survive to create the Adeles and Ed Sheerans of the future.

I encourage music fans to help too by supporting music and cultural events as they start to get going again. We need a collective effort to help the things we love through covid.

The accelerated funding has been delivered by Arts Council England in under a month to save grassroots venues previously facing insolvency. The emergency grants of up to £80,000 will cover on-going running costs incurred during closure, including rent and utilities, so that some of the country’s most vulnerable venues can survive.

This much-welcomed emergency investment from the government into grassroots music venues will have a profoundly positive impact on England’s music ecology, and today’s news will mean a great deal to the many artists, audiences and communities they serve across the country. I’m pleased that the Arts Council has been able to use its expertise to administer this fund, ensuring that we are supporting music venues in these challenging times.

Recipients of the fast-acting fund include The Troubadour in London, where Adele and Ed Sheeran performed in the early days of their career, as well as The Jacaranda in Liverpool where The Beatles played their first gig. The fund will support The Sunflower Lounge, one of the oldest music venues in Birmingham, and Night People in Manchester, home to Northern Soul and club nights as well as live performances and DJ sets. Other successful recipients include The Brickyard in Carlisle, which has hosted a range of acts including Foals, Blossoms and Biffy Clyro since it opened in 2002, and The Louisiana in Bristol, where Florence and The Machine was among the acts that performed to small audiences there at the start of their careers.

We warmly welcome this first distribution from the Culture Recovery Fund which will ensure that the short term future of these venues is secured while we continue to work on how we can ensure their long term sustainability. Both DCMS and Arts Council England have worked very quickly to fully understand the imminent risk of permanent closure faced by a significant number of grassroots music venues across the country, and the funding they’ve brought forward creates a real breathing space for under pressure venues.

This is great news for the music sector and fans alike. Grassroots venues play such an important role in kickstarting many careers, including my own, so it is vital that they are supported. The welcome investment from the government will help safeguard venues across the country so that the next generation of home grown talent can shine through.

I owe my life’s work and the best times I have ever experienced to the UK’s live music scene. When we first formed Everything Everything it was the early days of playing in grassroots venues that gave us the experience we needed, taught us how to play together, and gave us the basis of a career. The UK’s live music industry is something to be proud of, not just fiscally but for the vital social role it plays, and it needs continued support.

I’m very pleased to see that the government’s headline announcement of the Culture Recovery Fund is now blossoming into practical assistance for grassroots music venues in dire need. These spaces are an irreplaceable part of the live music infrastructure in this country and play a vital role in building the careers of internationally successful artists and in our culture more generally. There is, as ever, more to be done, but this is a positive step for sure.

This is vital funding for the cultural sector that is being hit the hardest by Covid. So many people in the music world are reliant on the live music sector, and without this government help irrevocable long-term harm threatened the world leading UK music industry and those who rely on it for a living.

Indoor performances can now restart with socially distanced audiences so music venues are able to reopen safely, alongside other culture venues and heritage sites.

Music venues are also eligible to apply for a share of £500 million in grants being delivered to cultural organisations by Arts Council England, which is accepting applications until 4 September.

Organisations across the arts and heritage sectors are encouraged to apply for funding designed to support the cultural sector’s recovery and beyond.

Independent cinemas whose businesses have been unavoidably disrupted will also be able to apply for grants up to £200,000 from the British Film Institute. Heritage sites at risk were able to apply for a share of £92 million available in grants through the National Lottery Heritage Fund and Historic England.

The full list of recipients of the Emergency Grassroots Music Venue Fund is here.

Today the Government also launches the Here For Culture campaign to encourage the public to show their support for organisations by joining in with events and cultural activities again as they restart across the country.

Additional quotes in support of the Culture Recovery Fund:

This week, Sadler’s Wells submitted its application for support from the Cultural Recovery Fund. Guidance for the fund allows for a breadth of organisations, including those that would not normally receive funding from the government, to qualify for this much needed support. While we hope our application is successful, we also know that these funds will be critical for many parts of the arts ecosystem. If we are awarded funding, we recognise our responsibility to then use this money to support the parts of the industry that cannot apply or are still struggling and to play our part in getting artists back on stages, bringing professionals back to work and sharing world-class live dance back with audiences.

The impact of Covid-19 on our industry has been seismic, and the Government emergency funding is crucial to help towards getting our industry back on its feet. We deeply need this government support; and are grateful that organisations of any scale are eligible to apply. It is incumbent upon us a sector that we in turn support our freelance community, as they are as integral to our recovery as this funding is.

The Hallé has served the public of Manchester and the North for over 160 years and, apart from two world wars, this crisis is the most threatening it has ever had to face. We are incredibly grateful therefore that the Government has created the Fund to support the cultural life of this Country, and to give hope to all those who are committed to sustaining it

I welcome the Culture Recovery Funds. There has never been any doubt in my own mind that the arts shape the heart of every community. I have grown more convinced of that after nearly fifty years of providing theatre for local communities. If this current crisis were to continue, and without the support the government has put in place, we’d be in real danger of losing them. It is my hope that the prospect of that loss has now made the importance of the arts obvious to everyone – and there is nothing like absence for making the heart grow fonder.

Marcus Davey, CEO and artistic director of the Roundhouse, said:

The Culture Recovery Fund is a welcome lifeline to many cultural organisations who continue to be negatively impacted by Covid-19. We hope that all parts of the huge cultural ecosystem are encouraged to apply for this fund, so that everyone including venues and organisations are supported by this much needed money. Arts and culture are such a huge part of our communities and our lives, but everyone in our sector has been hit hard by this pandemic. We hope this money will go some way to helping organisations such as the Roundhouse not only survive, but plan for our future, and come out the other side thriving.

Arts Council England is the national development agency for creativity and culture. We have set out our strategic vision in Let’s Create that by 2030 we want England to be a country in which the creativity of each of us is valued and given the chance to flourish and where everyone of us has access to a remarkable range of high quality cultural experiences. We invest public money from Government and The National Lottery to help support the sector and to deliver this vision.