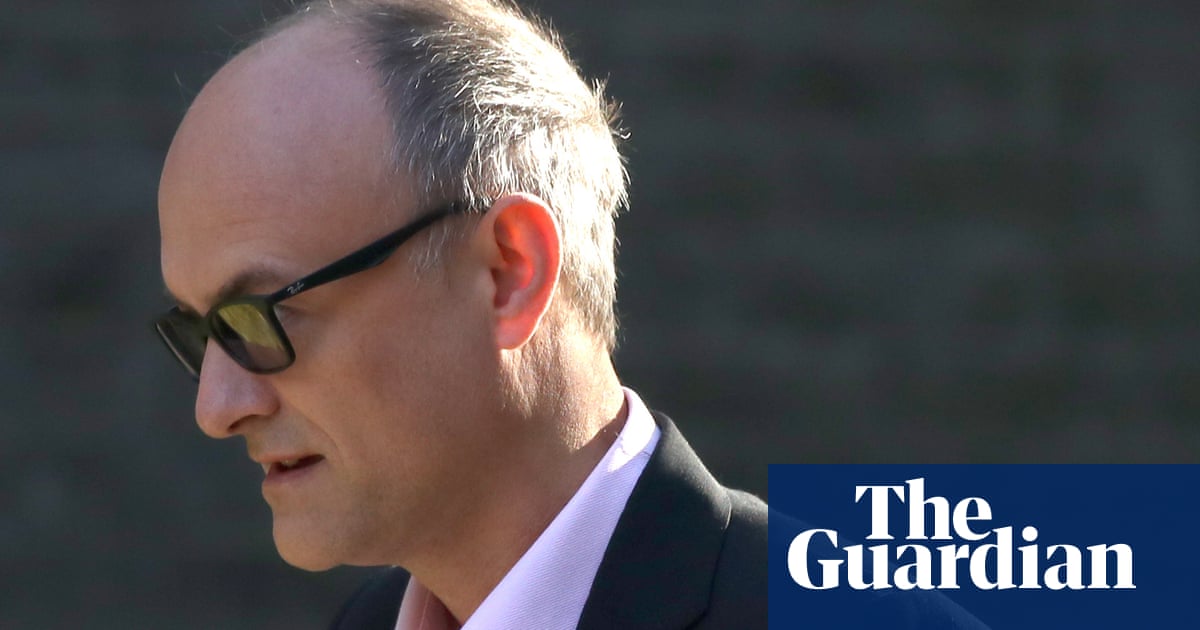 A lobbying and PR firm co-founded by an ally of Dominic Cummings has been given two government contracts without competitive tenders during the pandemic.

The Cabinet Office and Treasury contracts have been awarded to Hanbury Strategy, co-founded by Paul Stephenson, who worked alongside Cummings as the director of communications for the 2016 Vote Leave campaign. The other Hanbury founder, Ameet Gill, was David Cameron’s director of strategy in Downing Street.

Hanbury is the fourth Tory–linked firm to have been awarded work since the start of the pandemic under emergency rules that allow public bodies to bypass the standard procurement rules requiring an open competitive tendering process.

The Cabinet Office failed to publicise the existence of its contract with Hanbury, despite official guidelines that they should be made public within 30 days.

However, a freedom of information request by the Guardian disclosed that the Cabinet Office awarded Hanbury a contract potentially worth £900,000 over seven months to research “public attitudes and behaviours in relation to” the pandemic.

The firm was hired on 16 March, shortly before the UK went into lockdown, although it took until 30 June for the contract to be formally awarded. A government spokesperson said the value of the contract was only for “possible spend”; in the end the Cabinet Office spent £580,000 on Hanbury before the work was brought to an end in July.

Since 11 June, the Treasury has additionally paid Hanbury £68,000 to conduct weekly public polling, under a contract that is scheduled to finish next week. The Treasury contract was disclosed on a public database of contracts.

Both contracts were given to Hanbury without other firms being given the chance to bid for the work. Under the emergency procurement rules public bodies have been permitted to give work quickly to commercial firms without going through the usual competitive tendering procedures.

Hanbury is the latest firm connected to the Conservative party or the Vote Leave campaign to have been granted work under the expedited procedures.

Topham Guerin, a political communications company behind the Conservative party’s controversial 2019 digital campaign strategy, was given a £3m government contract to work on Covid-19 messaging.

Public First, a political consultancy owned by two long-term associates of Cummings and Michael Gove, the Cabinet Office secretary, has been given contracts worth nearly £1m during the pandemic.

Faculty, an artificial intelligence firm that was hired by Cummings to work on the Vote Leave campaign, is working on the government’s response to the coronavirus crisis, conducting data modelling. The firm has been awarded at least 14 Whitehall contracts in the last two years, worth in total about £3m.

Ben Warner, a former Faculty employee, worked with Cummings on the Vote Leave project, ran the data modelling for the Tory general election campaign last year, and now works closely with Cummings as a Downing Street adviser. His brother, Marc Warner, is a co-founder and the chief executive of Faculty.

Hanbury has similarly close connections to the prime minister’s chief adviser and the Conservative party. According to one account, Stephenson was one of the first people to be recruited by Cummings to work on the 2016 Brexit campaign. A former special adviser to two Conservative ministers, Stephenson was a key figure in the Vote Leave campaign alongside Cummings, its director.

Three months after the 2016 EU referendum, Stephenson set up Hanbury with Gill, a pro-European who was formerly David Cameron’s director of strategy in Downing Street. Another Hanbury partner is James Kanagasooriam, who headed the Scottish Conservatives’ strategy in the 2017 general election. Other Hanbury partners have a Labour party or business background.

Hanbury has given political and communications advice to firms such as Amazon, Citibank and the banking trade association UK Finance. It has also helped carry out the recruitment of political advisers for Downing Street and other parts of Boris Johnson’s government.

Downing Street and the Conservative party have initiated an unorthodox process of hiring a new generation of political advisers. Hanbury was enlisted to carry out the initial assessment of candidates and make recommendations to Downing Street.

Cummings has in the past been critical of procurement rules. He has written that the Whitehall procurement system “hugely favours large established companies with powerful political connections – true corporate looters”.

The government has published few details of the two contracts that have been given to Hanbury during the Covid-19 outbreak. The Guardian had requested a copy of the Hanbury contract under freedom of information laws. The Cabinet Office argued that it was not required to disclose a copy at the moment as it was planning to publish it in the future.

The Treasury has disclosed that Hanbury was hired to conduct “weekly focus groups and polling to inform immediate policy-making decisions and communications”, but withheld details of the work.

A Hanbury spokesperson said:“Our team includes some of the UK’s leading experts in polling and data strategy. We have worked with political parties and governments of all stripes around the world, as well as leading businesses, thinktanks and charities. We are proud of the work we have carried out for the UK government to help the country through the Covid-19 crisis.”

A government spokesperson said the research conducted by Hanbury makes its messages more effective and helps ensure “people have the information they need to keep themselves safe and take advantage of all the government support available to them”. “In times of national emergency government procurement guidelines allow for direct awards for urgent requirements. These contracts are subject to all the usual transparency requirements.”

• This article was updated with information provided by the government post–publication.