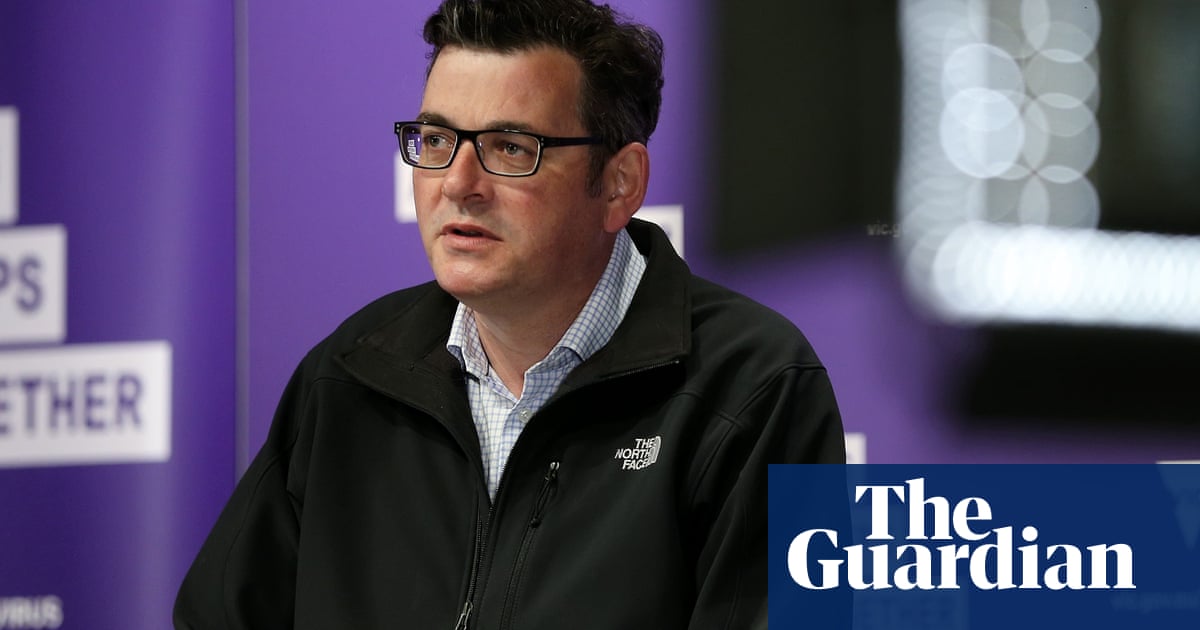 The Victorian premier, Daniel Andrews, has confirmed authorities will ease restrictions in Melbourne in a week’s time, though the changes will be less expansive than previously hoped.

Victoria recorded 14 new infections on Saturday, making it increasingly unlikely that Melbourne would hit a fortnightly average of five cases, the target for a wider reopening under the state government’s Covid-19 roadmap.

Despite what he described on Saturday as the “stubborn” second wave, Andrews said some rules would be relaxed on 19 October.

“While I think it is unlikely we can take as big a step next Sunday as we would hope, there will be steps taken,” he said.

“It is in no way warranted for people to be despondent or for people to lose any sense of hope. This strategy is working, but you have got to do it properly.”

Andrews declined to elaborate further on what changes would be made, including the future of a rule that limits people – except workers – from travelling beyond 5km of their home.

Last month the government brought forward the date to move to the “third step” from 26 October to 19 October, citing positive case numbers.

The “third step” is supposed to see a reopening of the retail sector, while hospitality venues could tentatively begin trading again through outdoor dining and customer limits.

Rules around household visits and outdoor gatherings would also be eased and the 5km limit on movement could also be changed or scrapped, though officials now appear reluctant to commit to this.

Chances of a 19 October reopening have seemed increasingly slim in recent days after an outbreak at a butcher within Chadstone shopping centre, in Melbourne’s south-east, spread to the town of Kilmore, north of metropolitan Melbourne.

A new cluster at Box Hill hospital is also a cause of concern and on Saturday officials confirmed there were now 10 infections linked to that outbreak.

The chief health officer, Brett Sutton, said there were no new cases on Sunday connected to the Chadstone outbreak, adding: “I think we are on the tail end of that cluster.”

Meanwhile, the NSW and Queensland governments continued to clash over the state border on Saturday.

The Queensland government has suggested a recent spike in cases may threaten plans to reopen the border on 1 November. It has given NSW authorities 48 hours to find three mystery cases recorded on Friday, or a 28-day “border clock” will reset.

“I note that yesterday the premier of NSW expressed disappointment in my remarks, that they had given up on the effort of achieving 28 days of unlinked community transmission,” Miles told reporters.

Queensland’s new case of coronavirus was a man in his 20s who was in day 10 of hotel quarantine.

In Townsville, tests on wastewater delivered a positive result, with the state’s chief health officer, Jeanette Young, warning residents to watch symptoms closely and get tested.

One of the two local cases recorded in NSW on Saturday was a nurse who tested positive after working at St Vincent’s hospital in Sydney while infectious.

NSW Health said the person had worked a single evening shift on Wednesday.

“The nurse provided specialised care to a single patient, and had limited contact with a very small number of colleagues,” it said in a statement on Saturday after issuing a public alert about the case overnight.

NSW Health’s Dr Michael Douglas said the nurse was believed to have acquired coronavirus outside hospital and the second local case was linked to the nurse.

In the reporting period to 8pm on Friday, there was also one overseas-acquired case – a crew member who arrived in the Port of Newcastle from Brisbane on a ship with international mariners aboard.

Also on Saturday, the Victorian government continued to face questions about the state’s hotel quarantine inquiry, a day after the release of final submissions from Andrews’s former health minister, Jenny Mikakos. The submission called the premier’s evidence into question.

There are questions about a six-minute gap in the former police commissioner Graham Ashton’s evidence to the inquiry and some say the period could be crucial to finding out who made the ill-fated call to use private guards in the program.

So far, the inquiry has been told it was a “creeping assumption”.

Andrews said on Friday he would hand over his phone records if the inquiry asked for them. Asked by a journalist why he wouldn’t hand them over voluntarily, he said on Saturday: “I’m not running the inquiry and, with the greatest of respect, neither is your network.”

Guardian Australia also revealed on Friday that Victoria police did not formally request Ashton’s phone records from Telstra, according to the telco, contradicting the force’s earlier statements.