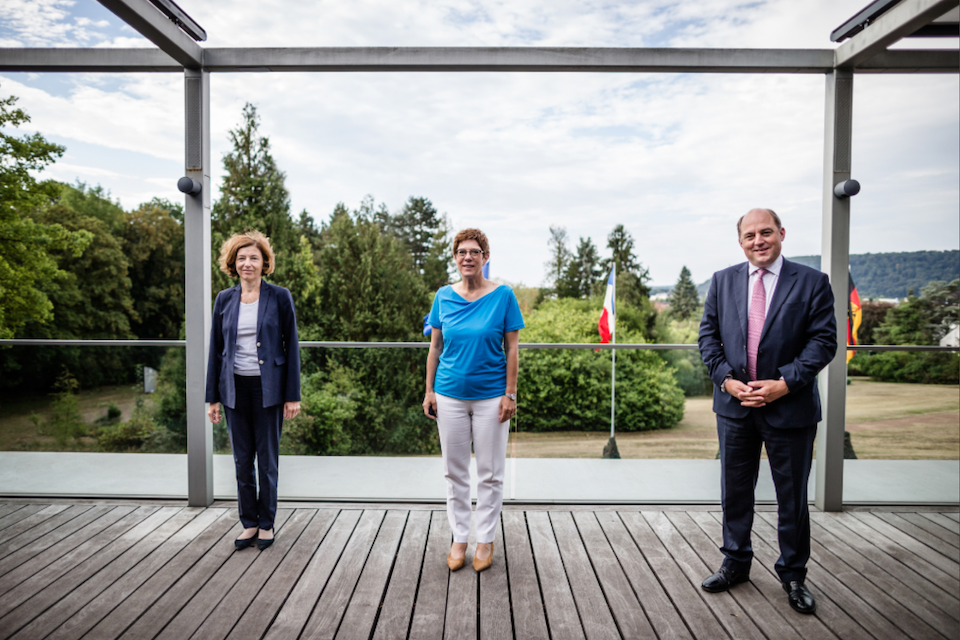 It is wonderful to be here, and also to thank you for your hospitality last night.

What I would say is, first of all, this part of the world is an example of how the security of Europe is important to all of our security and, as the E3, we often meet to discuss a range of topics, not only in Europe but obviously around the world.

I think, as Florence [Parly] has talked about, we have areas of absolutely common agreement. It is our view that what has happened in Belarus, the election, is not something that we recognise and we will monitor the situation very carefully and urge the respect of human rights and non-violence in that country. We urge all people not to interfere in that country and move towards a body, such as the OSCE, to monitor and examine what went on in that election.

I think it’s important that people recognise there is no aggression on the behalf of NATO. There are no plans and it’s really about respecting the wishes of the people of Belarus. That is what we all would agree on.

Further afield we had good discussions on the eastern Mediterranean and the issues around respecting the rule of law, respecting freedom of navigation, recognising the different issues that are at stake in the eastern Mediterranean and trying to find a way forward. The United Kingdom is very supportive of the German effort to try and negotiate a political solution in that it is absolutely the right thing to do and I have offered my support to my German colleagues, to make sure we hopefully deliver a good result on that.

Then for all of us, Mali and the Sahel, and indeed West Africa, is very important as the growth of extremism and terrorism across the African continent should worry us all. What happens over there has a reach back to over here, and to our friends and allies on that content. That’s why we’re monitoring the developments in Mali very closely.

It is our view that a coup is definitely not the way to go about resolving political issues in that country and we have called that out as something that we definitely do not support, and wish a return to civilian government. But we also recognise the absolute importance of tackling extremism and the nation building that we need to do in accordance with the Algeria agreement back in 2015, to make sure stability is returned to that part of the world.

What happens in Mali also affects many of the neighbouring states, not just Sahel states, but other states further along the west of Africa. We will continue to work strongly together to make sure that we uphold the UN mandate, to make sure we support counterterrorism efforts, but also to make sure that the rest of the world recognises that it is going to be serious about tackling the problem that followed. It has to help them with the development and the nation building, tackling anti-corruption and respect to the rule of law and we’ll be working together to make sure that happens and that people contribute to that process.