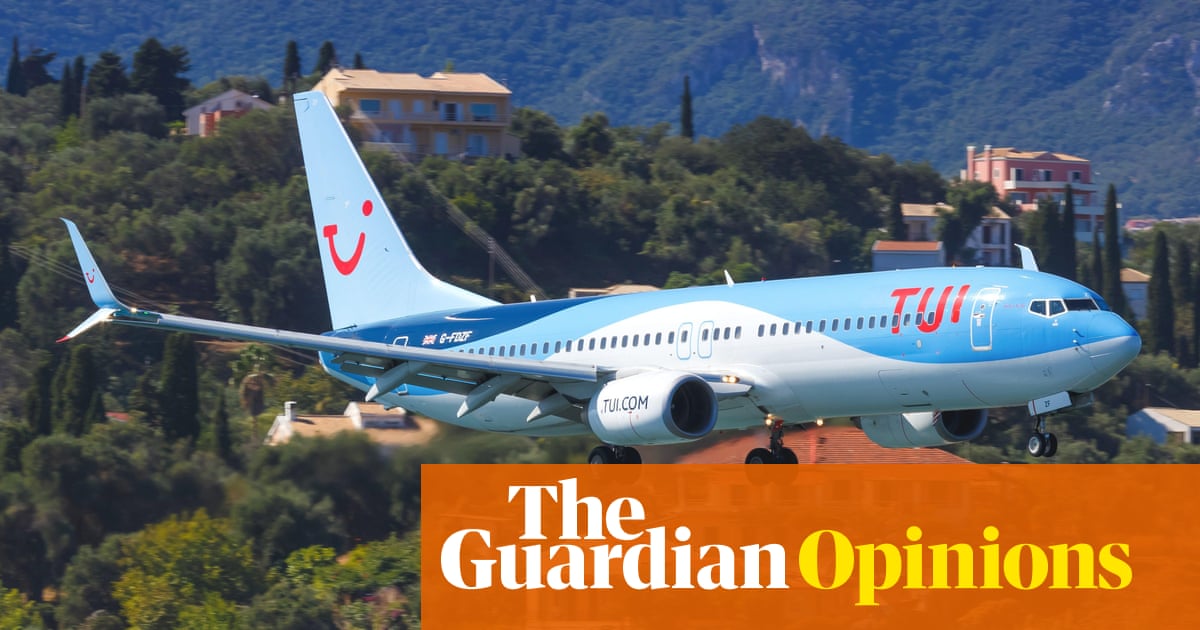 The “covidiots” are back in the news – no longer crowded in parks, no longer crammed on to beaches, this time cavorting on flights back from their Greek holidays. The main culprit was a flight from Zante to Cardiff, where passengers were taking their masks off and wandering up and down the aisles to talk to others. Seven passengers were infectious or potentially infectious, 16 have since tested positive for coronavirus, and all 193 of those on board have since had to self-isolate.

It is easy to understand why the story hit the headlines. We could all imagine ourselves in the place of those on board who behaved responsibly and now have to pay the cost for those who didn’t. We could all empathise with their anger. Indeed, what chance do any of us have when such covidiocy runs rampant? But, in focusing infection spread on antisocial individuals, such stories are in danger of misrepresenting the problem and ultimately impeding efforts to find a solution.

One passenger, identified only as “Lewis”, reported that he had been on 10 other flights in the previous six weeks. All of these had been fine. But a routine flight is not newsworthy and so these flights are not on the front pages. We only get to hear about the disrupted flight and so the exception comes to be seen as the rule. Due to the ubiquity of “covidiots” in the media, we come to see them as a far greater problem then they are – something known as the “availability effect”.

Part of the problem, then, is the way that attention-grabbing stories create a distorted view of adherence to Covid restrictions. In fact, what is remarkable is just how much people are abiding by the rules. If one takes masks as an example, despite all the gloom-laden predictions of people refusing to wear them, nearly everyone is doing so without any fuss. The Office for National Statistics figures released on 21 August show that, in the previous week, 95% of adults in the UK reported having worn one.

But distortion is only part of it. One of the elementary mistakes in behaviour change communication is to say “too many of you are doing the wrong thing (eating badly, smoking, drinking too much, whatever), you must stop it”. The problem is that, by telling people a behaviour is widespread and so making it appear normative, you sustain the very thing you are trying to stop. Similarly, by giving the impression that more people are violating Covid restrictions than actually are, you run the risk of undermining norms of compliance and creating norms of non-compliance. It isn’t just wrong to talk about a plague of covidiots. The real danger is that you might make it come true.

And the problems don’t even end there. Recent research points to the dangers of turning behaviours into moral categories. If we divide the world into good folk who abide by the Covid rules and covidiots who don’t, we initiate a spiral of increased tension and reduced dialogue. Those we disagree with become part of a reprobate group that cannot be reasoned with but only coerced or shouted down. The prospects of building a united response to the pandemic all but disappear.

This brings us to the crux of the matter. The notion of covidiots serves to explain non-adherence to Covid restrictions in terms of motivation and psychological choice. People don’t follow the rules because they are too antisocial or too stupid to do so. Hence they are to be damned. But one of the clearest lessons to come out of this pandemic (and indeed out of all behaviour change research is that motivation is only one of several determinants of what people do. And when it comes to non-adherence, motivation is often not the main issue.

Thus, for instance, evidence suggested that during lockdown the poorest sectors of the population were six times less likely than the richest to work from home and three times less likely to be able to self-isolate. But motivation to stay at home and to self-isolate was high for all. The way to keep people at home, then, is not to castigate or to punish those who go out, on the assumption that the problem lies in their flawed psychology. It is to give them the necessary support so that they can stay at home (as they want to) and also put food on the table.

And now, post-national lockdown the same issues apply. It is less that people want to act in ways that spread the virus and more that they are encouraged or forced into situations that facilitate transmission. They may want to work at home but are told to go back to work or lose their jobs, even in the absence of robust procedures to ensure that workplaces are safe. They may want to self-isolate if they develop symptoms, but they are told they will face pay cuts if they do so. They are urged to go out to bars and restaurants to restart the economy, even though not enough is being done to check that these have the proper mitigations in place (if nothing else, underfunding has led to a 50% cut in health and safety inspectors in recent years.

All in all, while it is certainly true that individuals need to act responsibly and be held accountable for their actions, it is equally true that covidiots on a plane are a dangerous distraction. The problems in this pandemic are less to do with the inadequacies of individual psychology than systemic failures in the government response. And while it might suit some to focus our attention on the former, it will only make it harder for us to get out of the mess we are in.

•Stephen Reicher is a member of the Sage subcommittee advising on behavioural science, an adviser to the UK and Scottish governments on coronavirus and professor of social psychology at the University of St Andrews.