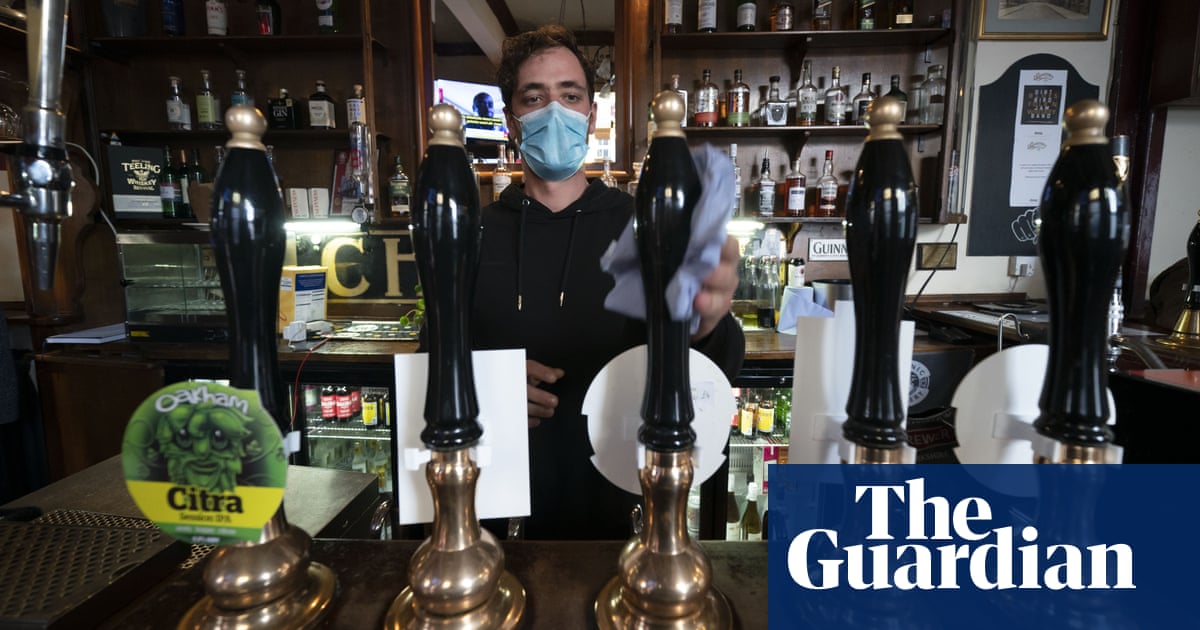 The three-tier Covid alert system is a significant shift in the government’s approach to the coronavirus crisis in England, and, while scientists broadly welcomed the simplified rules, there are concerns the restrictions come too late and are open to abuse.

A major benefit of the new system is that it clears up the confusing and messy patchwork of different rules in different places, which arose as regions in northern England, the Midlands and other parts of the country battled to contain local outbreaks. With simplicity and stability should come better compliance, and with that more control of the epidemic.

“The evidence shows that the public grasp of the rules has been in decline for some time,” said Prof John Drury, a member of the behavioural science subgroup of the Scientific Advisory Group for Emergencies (Sage) at the University of Sussex, who spoke in a personal capacity. “The simplification of the rules is to be welcomed,” he added.

But while the messaging may be clearer, some scientists have concerns about the impact the new restrictions will have.

Prof Chris Whitty, England’s chief medical officer, conceded that on their own, the highest level, tier 3 restrictions that will come into force in Merseyside, would not be enough to bring the outbreak there under control. “I am not confident, and nor is anyone confident, that the tier 3 proposals for the highest rates, if we did the absolute base case and nothing more, would be enough to get on top of it,” he said.

In fast-growing outbreaks, tier 3 will be beefed up with additional measures; in Liverpool, these being the parallel closure of leisure centres, gyms, casinos, betting shops and adult gaming shops.

Last month, the Sage committee proposed a short, sharp “circuit breaker” lockdown that would have shut pubs, bars and other venues for two weeks, to stop infections spiralling out of control. Instead, ministers imposed a 10pm closing time. Drury said he was concerned at the time that the curfew was insufficient and more restrictions would inevitably follow.

Liverpool residents: how will you be affected by the latest Covid restrictions?

“I have the same concern now,” he said. “The new measures are late and possibly not enough.”

As well as slamming the brakes on the epidemic, the circuit breaker could have bought more time to build a more effective test-and-trace system, which Drury describes as find, test, trace, isolate and support. This would come with proper compensation for those who have to self-isolate, and empower local authorities to requisition hotels and other venues for those who cannot isolate at home.

As the most severe tier 3 restrictions kick in, Liverpool is expected to see a gradual slowdown in the rate of increase in new cases, but the outbreak could well continue to grow, with the eventual consequence of more people in hospital and, eventually, more deaths.

Prof Calum Semple, a member of Sage at the University of Liverpool, said he welcomed the area’s new restrictions but was not optimistic about the coming month.

“I’m concerned it’s come too late for the hundreds of people who are in hospital at the moment,” he said. “Because we are in the growth phase of the outbreak, by the time these interventions come in, we’ll have experienced another doubling of cases and with that there will come deaths.”

The prime minister said nothing about fresh public health messages to accompany the new Covid alert system. Semple said sophisticated messaging was now needed alongside the restrictions to work on hearts and minds, and drive home the fact that social distancing is about saving your father with a dodgy heart or your mother who is having treatment for cancer.

Another concern is how pubs and bars respond, particularly in areas under tier 3 alert. The top category requires pubs and bars to close, unless they can operate as a restaurant, which means serving proper meals instead of snacks, and alcoholic drinks only if they accompany food.

“My concern is that people will deliberately work around the regulations,” Semple said, for instance by drinks venues offering token meals. “It’s a licence to abuse the system,” he added.

For some scientists, the three-tier system is more a work in progress than the ultimate answer to bringing Covid under control. Prof Peter Openshaw, a member of the government’s New and Emerging Respiratory Virus Threats Advisory Group (Nervtag) said it was crucial for public messages to be clear. But he said more work was needed to understand the situations where the virus most commonly spreads.

Enclosed spaces such as pubs, clubs, bars and restaurants are known to be high risk for transmission, particularly when people are spending hours in close contact without wearing masks. With more research, it should be possible to fine tune blanket closure orders and allow some venues to stay open. “There are many pubs that could be open perfectly safely with all the measures in place and there should be some discretion in that,” he said. “With good ventilation, masks and hand gel, it’s possible to make some venues safe enough to function.”