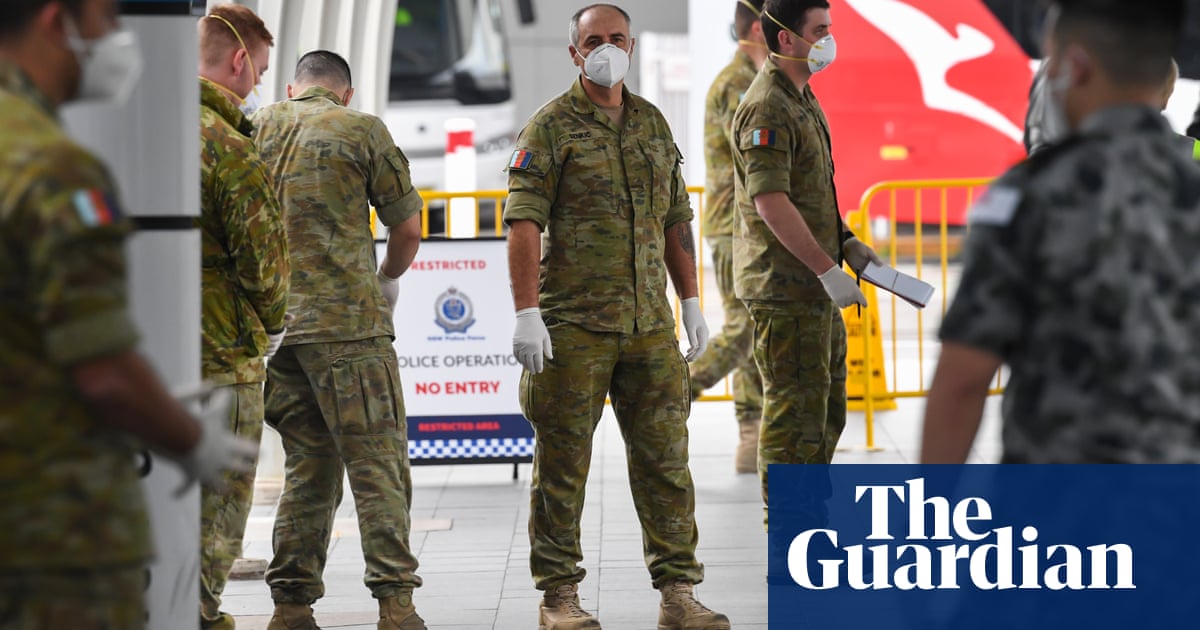 Australians are prepared to countenance much stronger surveillance measures to ensure people diagnosed with Covid-19 remain in quarantine while they recover, according to the latest Guardian Essential poll.

The survey of 1,068 respondents shows 60% of the sample would support compulsory tracking bracelets during self-isolation for people diagnosed with coronavirus.

Half the sample (52%) would support people being quarantined in dedicated facilities while they recover from the virus rather than convalescing at home, and a larger majority (65%) favours closing the international border to all foreign travellers and returning Australian citizens.

With hundreds of deaths now flowing from outbreaks in nursing homes, the survey suggests Australians are worried about vulnerable people dying in aged care – but they aren’t sure who is at fault.

When asked to identify who was to blame for the outbreaks in aged care during the pandemic, slightly more respondents identified the state government (30%) than the federal government (28%) – but more people blamed the providers (42%).

Men are more likely than women in the sample to believe the Morrison government is responsible for the outbreaks (32% to 24%), but Coalition voters are less likely than voters in other cohorts to think the commonwealth is responsible.

Just under half the sample (49%) correctly identifies Canberra as responsible for funding and regulating aged care, and 77% agree with the statement: “Authorities failed to prepare an adequate Covid-19 strategy to deal with outbreaks in aged care facilities.”

Most respondents (70%) agree the impact of the pandemic in residential aged care has been more devastating because of long-term underfunding of the aged care sector, and 71% agree with the statement: “Hygiene and care standards in private care homes are poor which have contributed to the spread of Covid-19.”

More than 60% of the sample wants all aged care residents diagnosed with Covid-19 to be in hospital rather than a nursing home.

A majority (67%) has absorbed the message from Scott Morrison that coronavirus spread into aged care facilities because of community transmission from friends and families of residents.

Morrison has apologised for failings in residential aged care during the pandemic, but the prime minister has been assiduous in highlighting shared responsibilities between the tiers of government, and also blamed the Victorian government for failing to stop the spread in the community.

Voters continue to be positive about Morrison’s handling of the crisis (61%) although this support is well off the peak of positivity in June (72%).

One of the trends during the pandemic in the Guardian Essential data series has been an inclination from Labor voters to give the government a positive rating for their management of the crisis, but that is slipping.

In the latest poll, just over half of the Labor cohort (55%) is positive compared with 69% back in May. Coalition voters remain very supportive (77%).

The New South Wales and Victorian governments have seen a similar trend. A positive rating of the Berejiklian government’s handling of the crisis is down to 59% from the peak of 70% in June, and the Andrews government is now down to 47% from approval in the 70s.

The Western Australian government has the highest approval rating of any government in the country, with 84% support.

Voters were also asked this week whether they would support taxpayers underwriting new gas infrastructure as part of a recovery strategy after the pandemic. The sample was split. Overall, support and opposition for taxpayer funding for gas pipelines were equal (both 27%), with 32% neither supporting nor opposing the idea, and 14% of the sample unsure of their view.

The support for stronger surveillance measures is consistent with strong public support in the poll a fortnight ago for the harsh lockdown measures in Victoria. In that survey, 72% of the sample backed the decision of the Andrews government to impose a curfew between 8pm and 5am, 71% supported curbs on leaving the house, while 70% endorsed restrictions on business and the requirement that people travel no further than 5km from their house.

Again consistent with a whatever-it-takes to stop the spread mindset in the community, data in the survey also suggests Australians rank stopping community transmission of Covid-19 higher on their list of priorities than restarting the economy and putting it on the road to recovery.