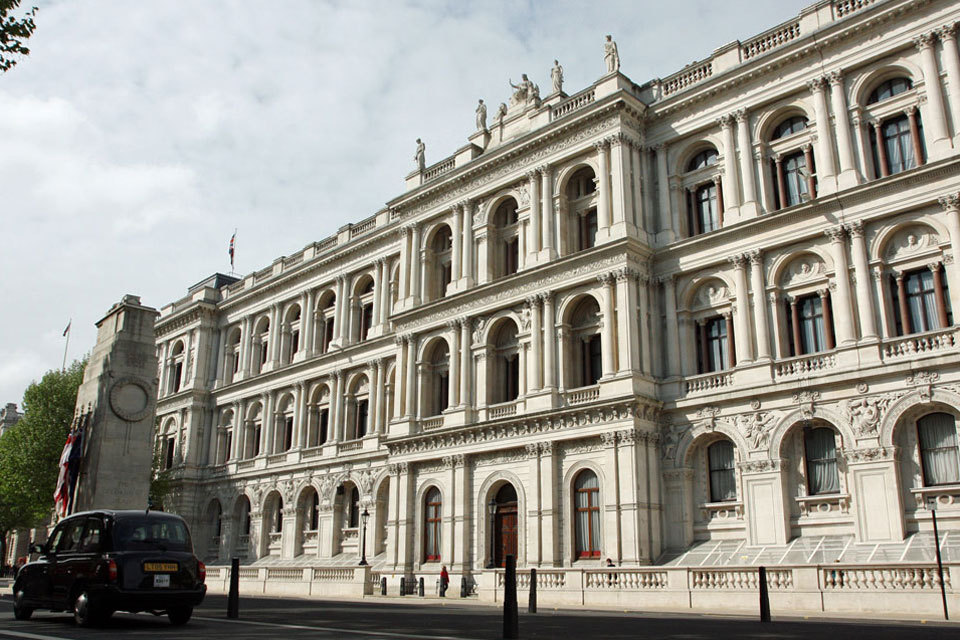 • The Foreign Secretary’s official visit to Israel and the Occupied Palestinian Territories will involve meetings with Israeli and Palestinian leaders – Prime Minister Netanyahu and President Abbas.

• Dominic Raab will emphasise the UK’s strong and enduring commitment to Israel’s security and stress the necessity of a negotiated two-state solution to realise justice and security for both Israelis and Palestinians. He will also stress the need for a resumption of Israeli-Palestinian dialogue and wider cooperation on development, trade and coronavirus.

• This week’s visit comes following the historic normalisation of UAE-Israeli relations and the suspension of Israeli annexation plans.

In light of the normalisation of relations between the UAE and Israel and the suspension of the annexation of the West Bank, Foreign Secretary Dominic Raab is visiting Israel and the Occupied Palestinian Territories this week to press for renewed dialogue between their governments and reinforce UK commitment to preventing annexation and pursuing a negotiated two-state solution.

He will also use his trip to Israel to emphasise the UK’s commitment to Israel’s security and to our strong and enduring relationship. The visit comes following the announcement that the UAE and Israel would normalise relations; a move the UK welcomed as a much-needed boost for peace in the region.

Israel also announced earlier this month that it would suspend plans to annex parts of the West Bank. The UK had been calling for this for some time, with the Prime Minister warning that annexation would jeopardise the progress that Israel has made in improving relations with the Arab and Muslim world.

The UK has consistently encouraged a solution that allows justice and security for both Israelis and Palestinians. Ahead of his visit, Foreign Secretary Dominic Raab said:

“The UK remains committed to Israel’s security and stability, and the recent normalisation of relations between Israel and the UAE was an important moment for the region.

“Israel’s suspension of annexation is an essential step towards a more peaceful Middle East. It is important to build on this new dynamic, and ultimately only the government of Israel and the Palestinian Authority can negotiate the two state solution required to secure lasting peace.”

In Israel, the Foreign Secretary will meet his counterpart, Foreign Minister Gabi Ashkenazi, after which he will hold bilateral talks with Minister of Defense and Alternate Prime Minister Benny Gantz, followed by Prime Minister Benjamin Netanyahu. Mr Raab will reiterate the UK’s commitment to Israeli security and welcome the recent suspension of annexation plans.

In Ramallah, the Foreign Secretary will meet the Palestinian leadership, President Mahmoud Abbas and Prime Minister Mohammed Shtayyeh. He will reaffirm UK opposition to annexation – which is illegal under international law – and call on the Palestinians to resume co-operation with Israel and pursue direct negotiations, as a step towards a negotiated two-state solution and a viable, sovereign Palestinian state.

The UK does not underestimate the challenges to reaching a negotiated two-state solution, but the Foreign Secretary’s visit will affirm Britain’s willingness to help facilitate a return to Israeli-Palestinian dialogue as a step towards achieving a lasting, peaceful solution for both peoples.

BEIS in the Spending Review

400th Anniversary of the Mayflower