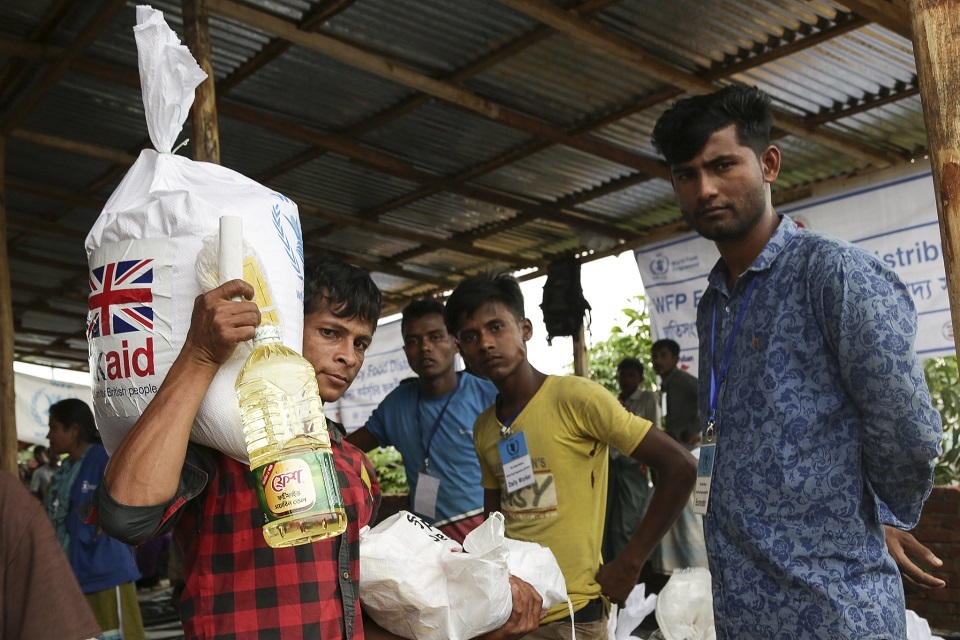 Taxpayers will see more value from aid spending following reforms to the independent body that scrutinises UK aid, the Foreign Secretary announced today (29th August). Following the merger of the Foreign Office and the Department for International Development, the Independent Commission for Aid Impact (ICAI) will be told to prioritise producing tangible, evidence-based recommendations to ministers to drive effective overseas development spending.

Dominic Raab has commissioned a review of ICAI to begin this autumn, almost ten years after the body was first established. The review will make sure ICAI’s remit, focus and methods are effectively scrutinising the impact of UK aid spend, in line with the aims of the new Foreign, Commonwealth and Development Office (FCDO), which launches this Wednesday (2nd September).

The merger of the UK’s diplomacy and development offices was announced in June as an opportunity for the UK to have even greater impact and influence on the world stage as we recover from the coronavirus pandemic, and prepare to hold the G7 presidency and host COP26 next year.

The Prime Minister has committed to giving UK aid new prominence within our international policy under the new department. Following the merger, the Foreign Secretary will be empowered to make decisions on aid spending in line with the UK’s priorities overseas, harnessing the skills, expertise and evidence that have earned our reputation as a leader in the international development community.

The Foreign Secretary said he wants ICAI to become “a committee for what works” in development. The FCDO will use the rigorous evaluation conducted by ICAI to determine how UK aid can be better spent, based on what the evidence shows is most effective for tackling poverty and global challenges like diseases, climate changes and humanitarian disasters.

The review will also look at how ministers can engage more with ICAI, to make sure the watchdog’s independent recommendations lead to better decision-making and significant, lasting change at every level of the new department.

ICAI’s remit will continue to include UK aid spent by other government departments, such as the Department for Business, Energy and Industrial Strategy, and the Department of Health and Social Care.

“We are integrating our aid budget with our diplomatic clout in the new FCDO to maximise the impact of our foreign policy.

“That’s why I want to reinforce the role of ICAI, to strengthen further transparency and accountability in the use of taxpayers’ money and relentlessly focus our Global Britain strategy on policies and in areas that deliver the most value.”

The review, expected to start later in September, will be carried out by senior FCDO officials in consultation with ICAI, alongside independent external experts. It will also take into account the outcomes of the Integrated Review, which is currently looking at the UK’s foreign, defence, security and international development policy. The findings of the ICAI review are expected to be published at the end of 2020.

ICAI was established in 2011 to provide additional assurance to the UK taxpayer that UK aid is being spent well, has an impact globally and provides value for money. The watchdog supports Parliament in holding the UK Government to account on its aid spending.

Previous ICAI reports have led to improvements in the ways UK aid is spent and monitored. It has, for example, it has led to more robust collecting and reporting of results for DFID’s maternal health programmes. It also led to DFID providing greater support to other government departments that spend aid.