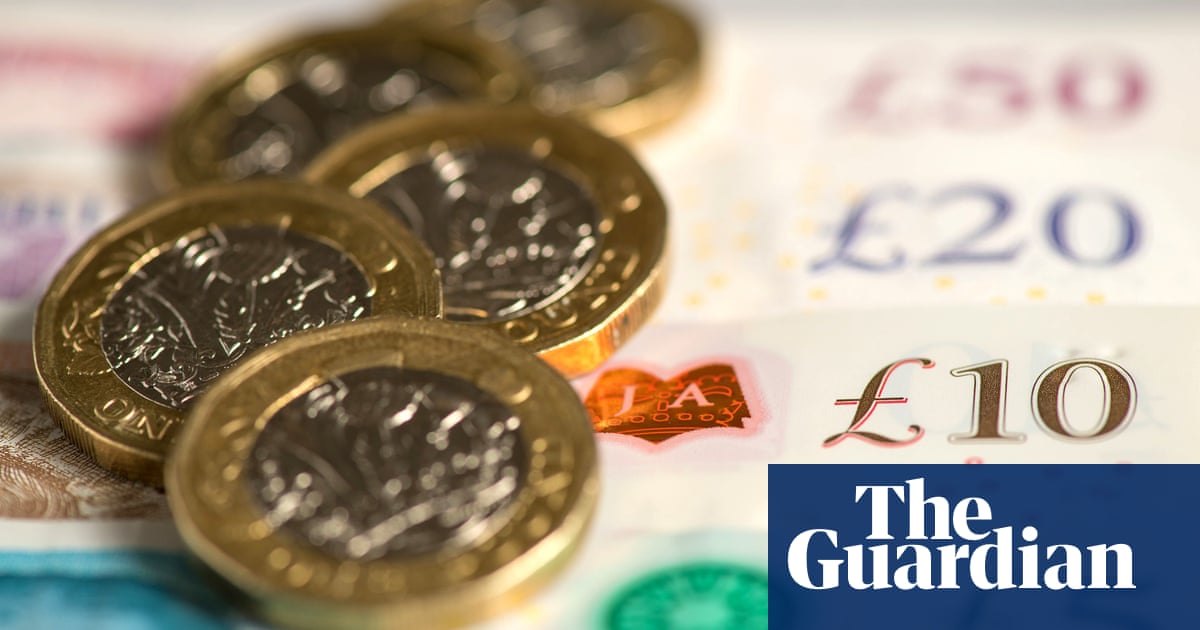 The head of the Trades Union Congress (TUC) has denounced a possible freezing of the national living wage as “totally wrong”, as the Treasury reportedly considers backtracking on a planned pay rise for the lowest paid.

The hourly pay rate under the national living wage, the legal minimum paid to workers over the age of 25, was due to rise 6.2% from £8.72 to £9.21 in April, under targets set last December by the chancellor at the time, Sajid Javid.

However, there is speculation that the planned increase may be abandoned as unaffordable, or at least reduced, with unemployment expected to rise sharply in the autumn as Britain starts to confront the economic price exacted by the coronavirus pandemic. The Sunday Telegraph reported ministers and officials had discussed applying an “emergency brake” to the increase.

Frances O’Grady, the general secretary of the TUC, said: “Many key workers who have got us through this crisis – including care workers and supermarket staff – are on the minimum wage. It would be totally wrong to freeze their pay.

“The government must not renege upon its commitment to raise the minimum wage. Millions of low-paid workers are struggling to make ends meet. That’s not right during a pandemic – or at any time.”

O’Grady said the government should push on with further increases and raise the minimum wage to the same level as the real living wage, a voluntary measure paid by nearly 6,000 businesses that is pegged at £10.75 in London and £9.30 across the UK.

A consultation by the Low Pay Commission seeking employers’ views on the affordability of the changes to the national living wage should have closed in June, but has been extended due to the exceptional circumstances. It is understood that some members of the commission, an independent body that advises the government on rates, will advocate a freeze when the panel meets to decide on its official recommendation in late October.

That recommendation will inform the autumn budget to be announced by the chancellor, Rishi Sunak, and could result in lower-paid workers losing out as the Treasury mulls tax rises to plug the holes in finances after months of inactivity and the cost of furloughing millions of workers.

The government pledged that the national living wage would rise to £10.50 an hour by 2024 and to extend its remit to younger workers, with the basic entitlement starting at age 23 rather than 25. A lower minimum wage applies to under-25s due to lower average earnings and higher unemployment rates for that demographic.

But the policy was set with a clause pinning it to economic growth, meaning the government could opt to pause its plan during the recession.

The chairman of the Low Pay Commission, Bryan Sanderson, told the Sunday Telegraph the pandemic meant an emergency brake could be needed. He said advice to government was always based on a thorough review of evidence, which was “more important than ever, given the profound impact of Covid-19”.

He added: “There are not many winners in today’s uncertain world. Our contribution to help steer a path through the complexity will be to provide a recommendation founded on rigorous research and competent analysis which has the support of academics and both sides of industry.”

A spokesman for the manufacturer’s organisation Make UK said firms would back moves to keep the national living wage down: “Any measure which can reduce the cost pressure on business will be supported by those companies facing a battle to stay afloat and protect jobs at all levels, but especially the lower paid.”