The U.N. General Assembly passed a resolution welcoming the 2022 FIFA World Cup Qatar football championship and hailed the promotion of the tournament as a public health benchmark for other nations hosting future mega sporting events.

By the terms of the resolution (document A/76/L.48), which was passed on 8 April, the 193-member Assembly also expressed its support for the launch of “Healthy 2022 World Cup — Creating Legacy for Sport and Health”, a multi-year collaboration among the International Federation of Association Football, the World Health Organization (WHO) and Qatar, which aims to make the 2022 World Cup a beacon for the promotion of healthy lives, physical and mental health and psychosocial well-being.

The project goals are very closely tied to WHO’s #HealthForAll campaign, which underscores that noncommunicable diseases such as cancer, diabetes, chronic respiratory diseases can be prevented by reducing risk factors such as tobacco use, unhealthy diets and physical inactivity. After the World Cup ends, the project will be evaluated in an effort to build a legacy aimed at developing and implementing an outreach plan for WHO to identify new opportunities to apply the benchmarks set by Qatar during the World Cup.

The World Cup is scheduled to be held in Qatar from 21 November to 18 December and will be the first World Cup held in the Middle East. Qatar’s representative, introducing the draft, said the text welcomes her country for hosting the first World Cup in the Middle East, and stresses the importance of community health. Qatar is ready to offer an exceptional event that no one will forget, with authentic hospitality. 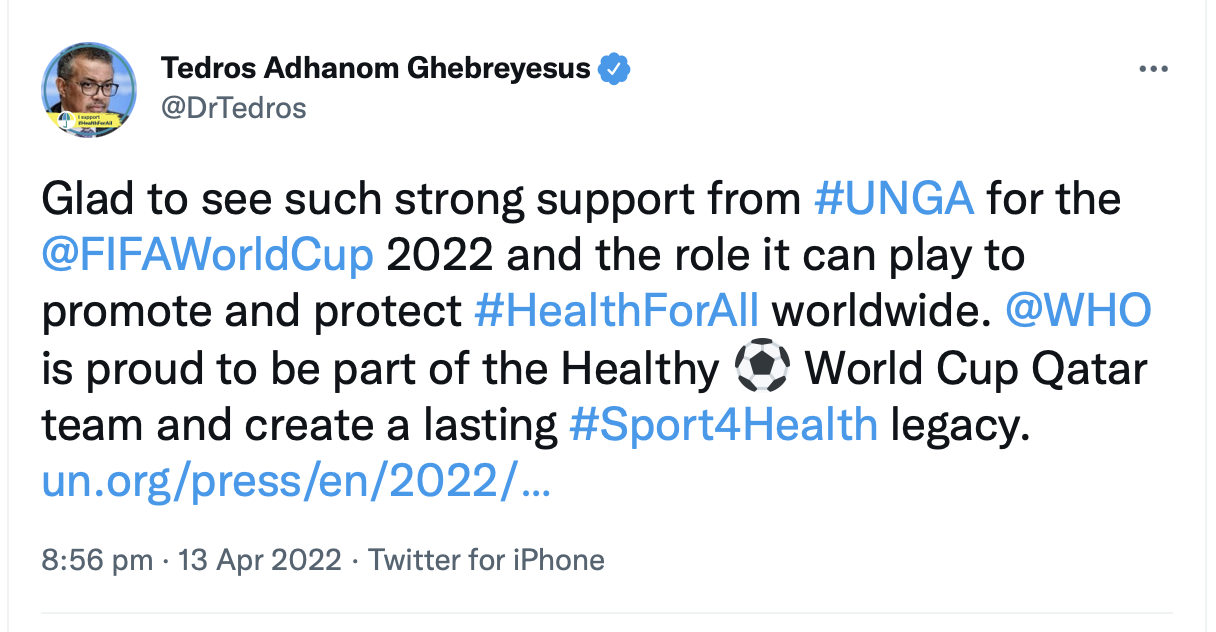 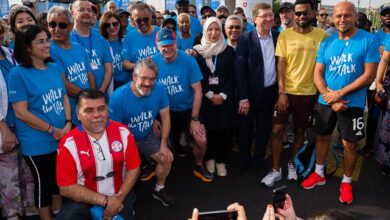 Minister of Public Health takes part as guest of honor in WHO’s Walk the Talk: Health For All Challenge in Geneva 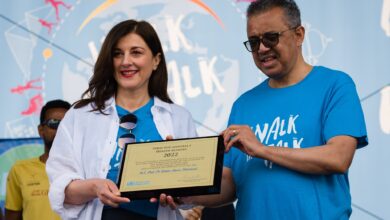 First Lady of Croatia takes part as special guest of WHO Walk the Talk: Health for All Challenge 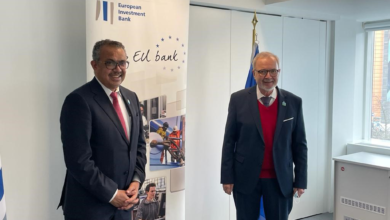 A € 500 million pledge under the WHO – EIB partnership, with the support of the EU, for health systems in Africa