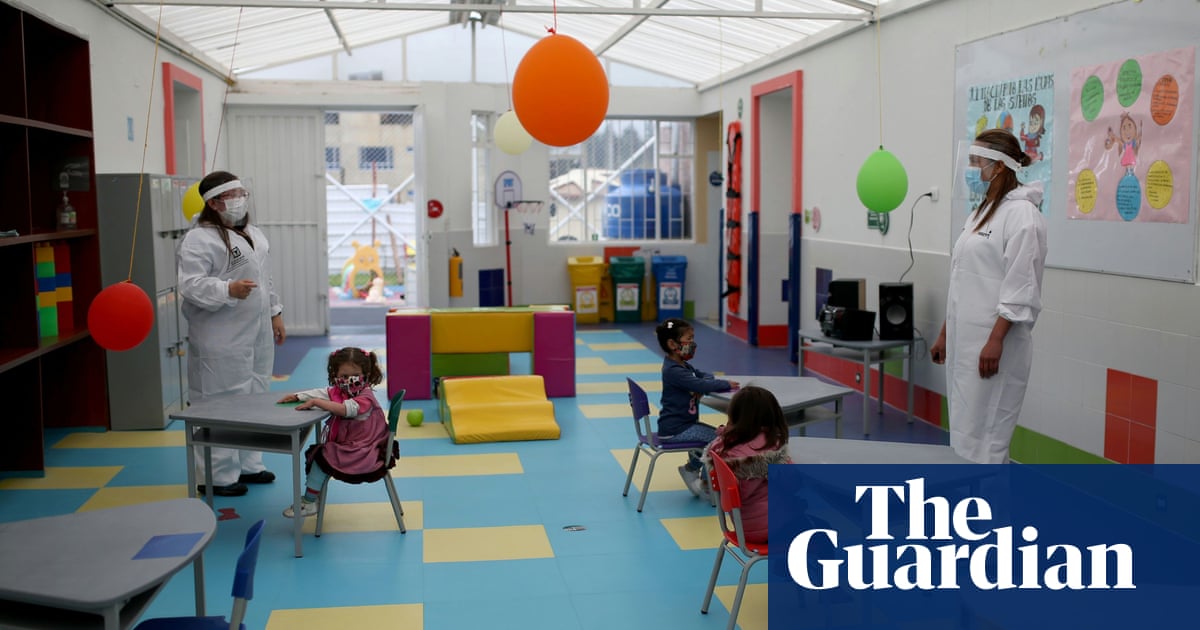 Coronavirus cases in Colombia, which is nearly a month into a national reopening after a long quarantine, have passed 800,000, while in Argentina infections passed 700,000, as the pandemic continues to grip the Americas.

Colombia has 806,038 confirmed cases of the virus, the health ministry said on Saturday, with 25,296 reported deaths. Active cases numbered 78,956.

Colombia began more than five months of lockdown in March. It is now in a much-looser “selective” quarantine phase, which allows dining at restaurants and international flights.

Concerts and other large events remain banned and land and water borders are closed.

Intensive care units in Bogota, home to a third of Colombia’s cases, are at about 50% capacity according to local health authorities.

Argentina also passed a daunting milestone on Saturday, with cases passing 700,000, according to Johns Hopkins, with new daily infections and deaths among the top five globally. Argentina reported a rolling seven-day average of 11,082 new cases, behind only India, the United States, France and Brazil, all countries with far larger populations than the South American nation.

Argentina, which was already in the grips of a devastating economic crisis, was among the first countries in Latin America to implement a strict quarantine. But a gradual loosening over time and the spread of cases from the capital to the provinces have seen cases skyrocket.

In Mexico, confirmed coronavirus cases rose to 726,431 on Saturday, according to data from the health ministry, along with a reported death toll of 76,243. Authorities reported 5,573 new cases along with 399 deaths on Friday, but the true figures are likely significantly higher due to little testing.

In Brazil, which has the second highest death toll in the world, behind the US, a judge has called off a scheduled league football match between Palmeiras and Flamengo after at least 16 players from the Rio club tested positive for Covid-19 and their rivals responded by calling for the entire league program to be halted.

The decision, taken by a Rio de Janeiro labour court, followed an appeal by the union of football club employees, who said they and their families would be at risk if the game went ahead.

Both the Brazilian Football Confederation (CBF) and the country’s sports tribunal had rejected Flamengo’s request to halt the game.

As Europe grappled with its second wave of the disease, a top French official has warned the country will face a months-long epidemic that will overwhelm its health system if something does not change.

“The second wave is arriving faster than we thought,” Patrick Bouet, head of the National Council of the Order of Doctors, told the weekly Journal du Dimanche.

France’s health service on Saturday recorded 14,412 new cases over the previous 24 hours – slightly lower than the record 16,000 registered on both Thursday and Friday. But over the last seven days, 4,102 people have been hospitalised, 763 of whom are being treated in intensive care.

Fresh restrictions to slow the spread of the disease in the country’s worst-hit areas, including the Mediterranean city of Marseille and the Paris region, have run into local resistance. On Saturday, Marseille bar and restaurant owners demonstrated outside the city’s commercial courthouse against forced closures due to start this evening.

Bouet told the paper that warnings delivered this week by the health minister Olivier Veran had not gone far enough.

“He didn’t say that in three to four weeks, if nothing changes, France will face a widespread outbreak across its whole territory, for several long autumn and winter months,” Bouet said.

In other coronavirus developments: