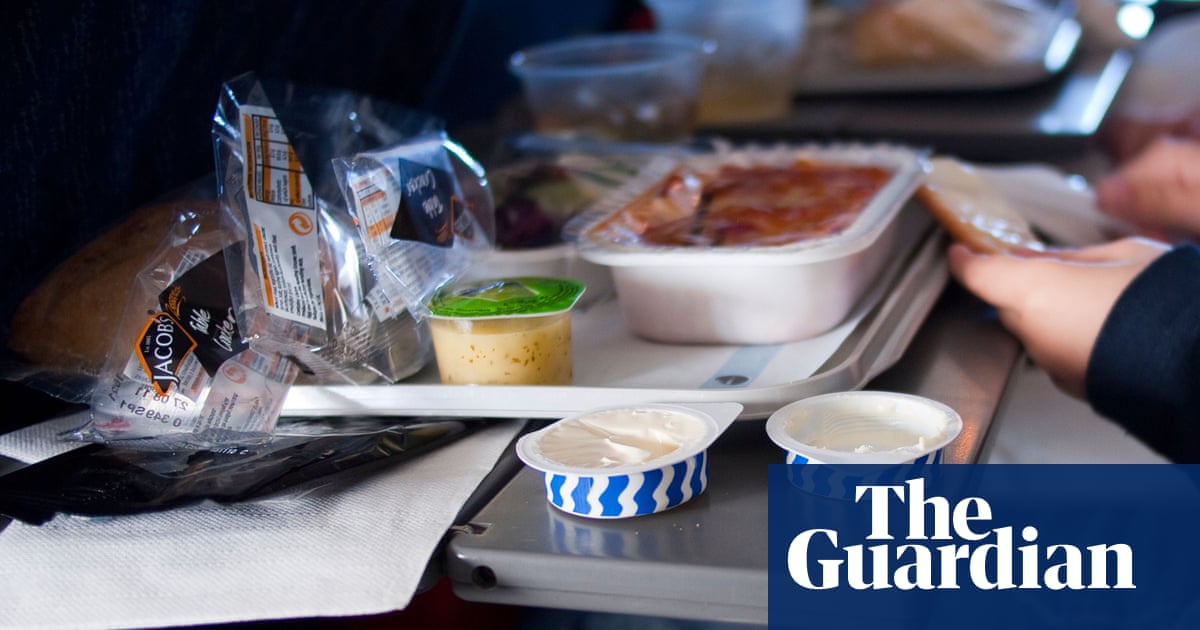 Airlines are not known for their excellent cuisine. A tray of plastic-sealed plane food is, for some travellers, barely tolerable at 30,000 feet. Yet, as the coronavirus pandemic has halted flights around the world, a growing number of airlines are now flogging in-flight meals to grounded customers.

Thai Airways began advertising meal boxes in April, when the pandemic struck, selling anything from stir fried tiger prawn to beef cheek with cumin sauce. In Hong Kong, Cathay Pacific is selling meals to airport staff, while Indonesia’s national airline Garuda is offering its food as takeaway dinners on a tray.

It’s served just as if you’re on a flight, said Rubi Haliman, from Tangerang, Indonesia, who has already ordered four meals from Aerofood ACS, the catering company for Garuda. “We get the whole set [of potted dishes],” he said. “My favourite was nasi daun jeruk: rice with lemon flavour,” said Rubi. On the side, he was served an egg tofu, and for dessert, jongkong, a traditional Indonesian sticky rice pudding.

A fall in passenger demand and continued border closures across vast areas of the world have dealt a huge blow to the aviation industry and airline suppliers. Disease-prevention measures have meant that, even on the few flights that do still take off, eating is often forbidden.

GNS Nuts, which supplies American Airlines and Unite, was left with about 50,000 pounds of nuts, when the airlines removed the product from their flights. The company is now selling its luxury mixed nuts online.

Some airlines have even advertised flights that lead to nowhere. In Taiwan, Taipei’s Songshan airport allowed hundreds of people to check in and board an aircraft that did not take take off. Since then, some airlines have offered short tours that return back to the same departure airport, with tickets starting at NT$5,288 (US$180).

Rubi longs to travel again, but for now will have to make do with airline food instead. He doubts it will be safe to take a flight until the new year. The meals taste better from the ground, he said, but its not the same as “the sensation of eating in the sky”.

GPs in England told to prepare vaccination sites for mid-December