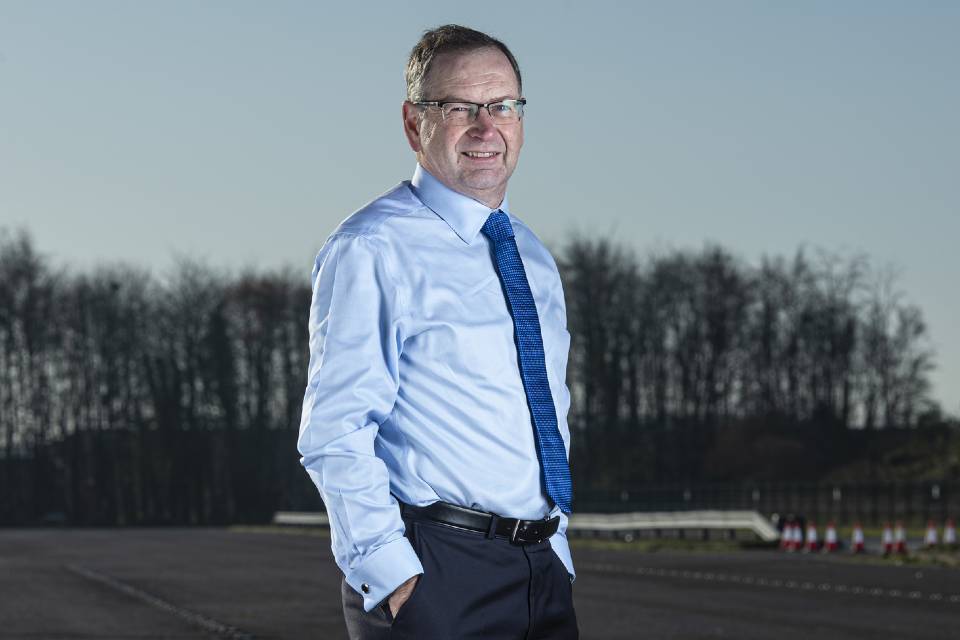 Mr O’Sullivan, who was appointed in 2015, has led the company’s delivery of the Government’s first multi-billion pound roads programme, making the country’s strategic road network safer and more reliable.

The people in Highways England and our supply chain have achieved great things in the past five years and I consider it a privilege to have worked with them.

Together with the DfT, our monitor ORR, Transport Focus and stakeholders across the sector we have done things that five years ago would not have been considered feasible.

I leave Highways England well placed to deliver the second roads period and to prepare for the third. That makes it a good time to step down and I wish the sector and the company every success for the future.

I’d like to thank Jim O’Sullivan for his hard work and commitment over the past five years.

His successor will start at an exciting time for the company as it embarks on our ambitious £27.4billion Second Roads Investment Strategy. The programme will deliver on this government’s vision to level-up our roads infrastructure, connecting communities, creating jobs and boosting growth.

Highways England recently opened Britain’s biggest road project, the £1.5billion improvement of the A14 between Cambridge and Huntingdon, a key route between the East coast ports and the Midlands. The project was delivered ahead of schedule and within budget.

The current flagship project to upgrade the M4 remains similarly on time and on budget.

On behalf of the Board, I would like to thank Jim for the great commitment he has shown in leading Highways England through the first five-year Roads Investment Period and establishing a strong base for the recently agreed second phase.

He has been instrumental in so many of the positive changes which benefit all our stakeholders.

Journalists should contact the Highways England press office on 0844 693 1448 and use the menu to speak to the most appropriate press officer.