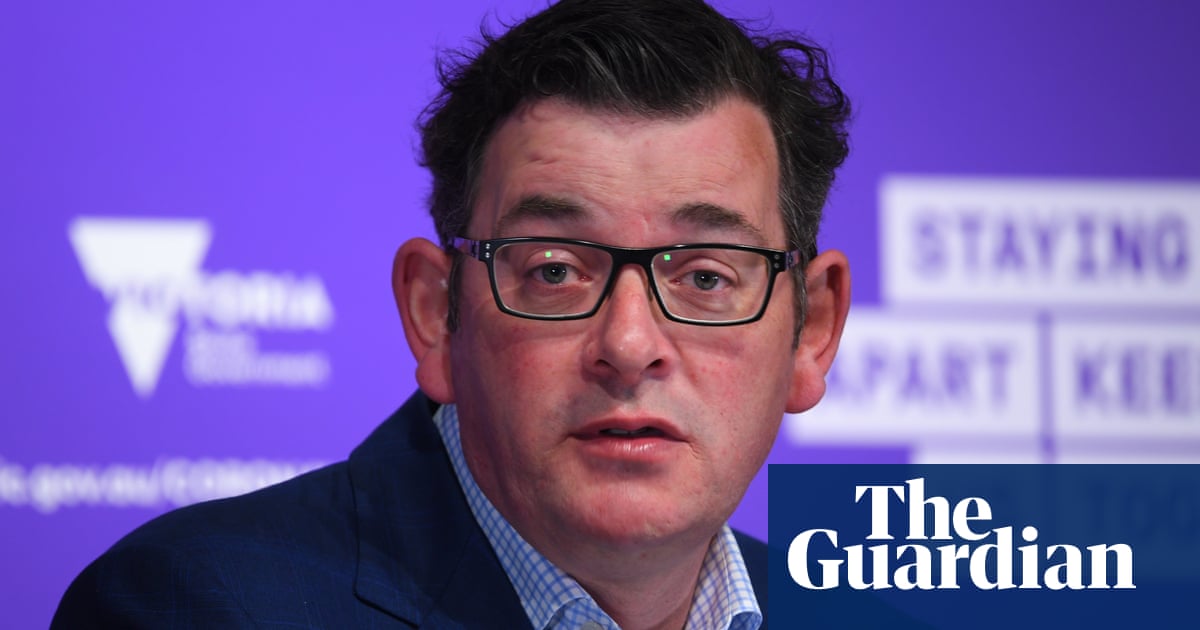 As the Victorian premier, Daniel Andrews, steps up to give evidence to the hotel quarantine inquiry he established to determine the cause of Victoria’s second wave of coronavirus, one question that has vexed the inquiry remains unanswered: who made the decision to use private security guards?

The inquiry has heard 99% of the more than 18,000 cases of Covid-19 and 750 deaths in Victoria since the end of May can be traced back to outbreaks transmitted from returned travellers to staff at two quarantine hotels – the Stamford Plaza and the Rydges on Swanston. Those outbreaks could have been foreseen if the program had been set up with a greater focus on health, the inquiry heard last week.

Many of the initial cases out of the Rydges and Stamford Plaza were security guards working in the hotels. At least one security guard continued to turn up to work with symptoms, and worked as a delivery driver in addition to his security guard shifts.

The health minister, Jenny Mikakos, told the inquiry on Thursday the use of security guards was “high risk” and they and other hotel workers infected with Covid-19 spread it to their households and other social contacts in the community, which ultimately led to the second wave of Covid-19 cases, not seen in any other part of Australia.

As council assisting the inquiry, Rachel Ellyard, said last week, one of the most “vexed” questions facing the inquiry is who made the decision to recruit private security firms for the hotels.

Of the $130m the Victorian government has spent on the program, $60m was spent on private security and yet none of the ministers, senior public servants, commissioners, or anyone involved in the program who has appeared before the inquiry, has been able to say who made the decision.

The hotel quarantine program was announced following a national cabinet meeting on the early afternoon of 27 March. Between then and a 4.30pm meeting of the state control centre, chaired by the emergency management commissioner, Andrew Crisp, a decision was made to use private security, over Victoria Police or Australian Defence Force personnel, to guard returned travellers.

After that, the Department of Jobs, Precincts and Regions was tasked with getting the contracts signed before travellers began arriving in Australia 48 hours later.

Text messages, emails and meeting notes and transcripts released to the inquiry over the past few weeks have shown a reluctance from the Victoria Police’s then commissioner, Graham Ashton, for Victoria Police to have taken the role.

In the notes taken Crisp showed an awareness of the availability of ADF support, but recordings showed Crisp saying in March that Victoria could “manage this” and there was no need for “boots on the ground”.

Ashton’s own text messages revealed just before the prime minister’s announcement, he believed a deal had been done with the Department of Premier and Cabinet for private security to be used. He couldn’t recall when giving evidence how he knew that, and the DPC secretary, Chris Eccles, was not aware of any deal being made.

Ashton has also denied that stating a preference for private security guards in hotels over Victoria Police was taken as a recommendation for the decision.

For Andrews, much of the focus when he appears at 2.15pm will be on the press conference he held in the afternoon after the prime minister’s announcement on 27 March, in which Andrews referenced the use of private security.

In that press conference Andrews said of hotel quarantine:

Police, private security, all of our health team will be able to monitor compliance in a much easier way, in a static location, one hotel or a series of hotels, as the case may be … That’ll mean, and this is the really important message, that will mean that more of those police that we have, those 500 police that are doing that work in terms of coronavirus enforcement, they’ll be able to get to even more homes where people are supposed to be quarantining.

Eccles, the head of Andrews’ department, said he was unaware who might have briefed Andrews about the use of private security.

Andrews will also likely face questions on the structure of the program, code named Operation Soteria, and whether it had an appropriate governance model, with the Department of Health and Human Services (DHHS) being the agency with oversight of the program, but with DJPR responsible for contracts.

The inquiry has heard Mikakos and the chief health officer, Brett Sutton, were both unaware private security was being used in the program until the outbreaks. Mikakos told the inquiry that in June she determined there were “too many cooks” in the program and control needed to be given to a single government agency.

Andrews is the last witness to front the hotel quarantine inquiry. Closing submissions will be heard on Monday. The chair of the inquiry, Jennifer Coate, will report to government on Friday 6 November.