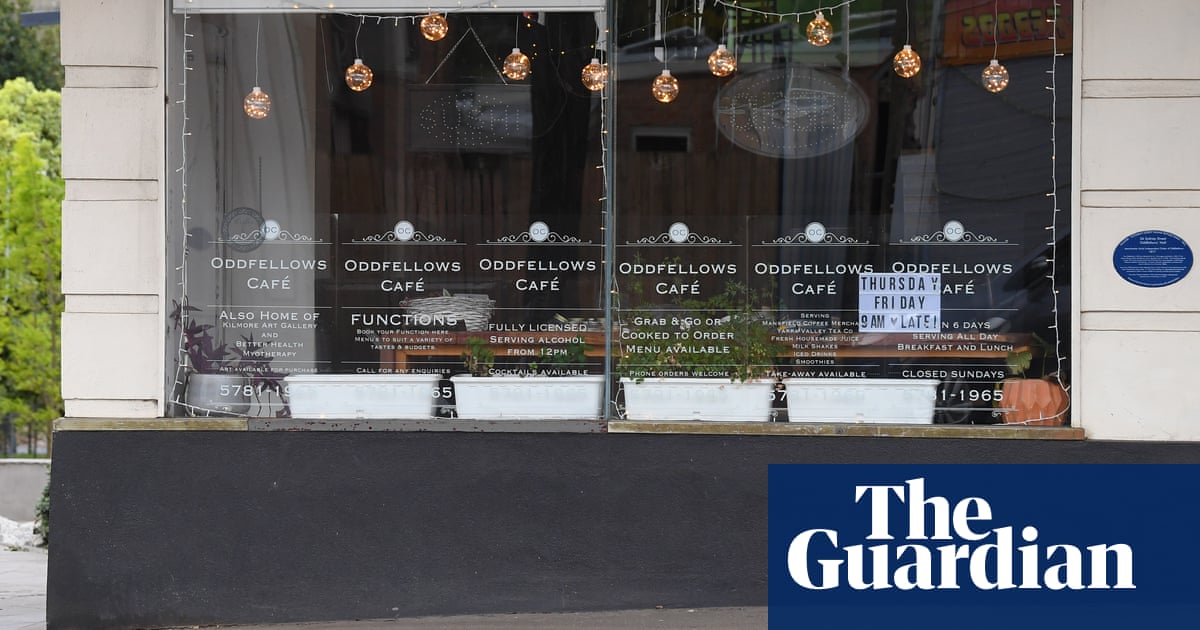 Hundreds of Victorians are self-isolating and undergoing testing as a result of two Covid-19 cases linked to a cafe in Kilmore, 60km north of Melbourne.

Meanwhile, in New South Wales, the state health department said three new cases have been identified since 8pm on Tuesday night and all were cases of community transmission “under urgent investigation”.

It prompted NSW premier, Gladys Berejiklian, to declare “it is unlikely that New South Wales will get to 28 days with no community transmission”, which the Queensland premier has said is required before it reopens its borders.

The source of the Kilmore cases was a person connected to Melbourne’s Chadstone shopping centre outbreak, who obtained a work permit to travel to regional Victoria, and stopped to dine at Oddfellows Cafe in Kilmore during that trip.

The head of Victoria’s Covid-19 testing program, Jeroen Weimar, said on Wednesday: “Kilmore is a highly risky transmission site for us”.

“Each of those people has been followed up and as a result we have 177 people and the people that they live with … now self-isolating. That’s a big ask.

“They’re doing that on behalf of the whole community, so we can continue to enjoy the limited freedoms we have and continue to stay on the trajectory we need to be on to free up the rest of the wider state.”

With asymptomatic people undergoing testing and self-isolation, Weimar was asked why those linked to the Chadstone shopping centre were not required to follow suit. Weimar said it was being treated as a separate cluster to Kilmore for logistical and geographic reasons, and this is why the approach had been different.

“We feel we’ve got through 1,300 people in that area. We’ve door-knocked every premise in that area because it’s been a focus … on staff, and staff using common facilities.

“I will put to you until the end of the pandemic, it is highly unlikely, highly improbable, that New South Wales will ever get to 28 days with no community transmission. Queensland and WA have the luxury of closing their borders so they have a higher chance of having zero to fewer transmission cases.”

But NSW was different, she said, as the state hosted major events and had major cities and towns close to borders to neighbouring states.

In Victoria the premier, Daniel Andrews, hinted at some flexibility on the requirement of a 14-day rolling average of under five cases in order to lift restrictions on 19 October.

The premier had previously said his state would only move to the next step of reopening if that target was met. But on Wednesday he said this would depend if those cases had identified sources and were part of controlled outbreaks.

“In broad terms, it is possible we get a number that is higher than our target number, but we have certainty and a degree of comfort about the story that sits behind those cases,” Andrews said.

“So the narrative, the story, what sits behind all these cases will be very, very important. We’ve always made that point. I get it. Everyone is on a countdown. Everyone is looking at all sorts of numbers. We are too and, when it’s safe to take a step, we will. We can’t predict what tomorrow’s numbers will look like, let alone another 12 or 14 days on.”

Six new cases were identified throughout Victoria overnight, with two deaths – a woman in her 80s, and a man in his 90s. There are 16 Victorians in hospital, two of whom in intensive care. This takes metropolitan Melbourne’s 14-day rolling average to 9.9 cases, while regional Victoria is at 0.3 cases.