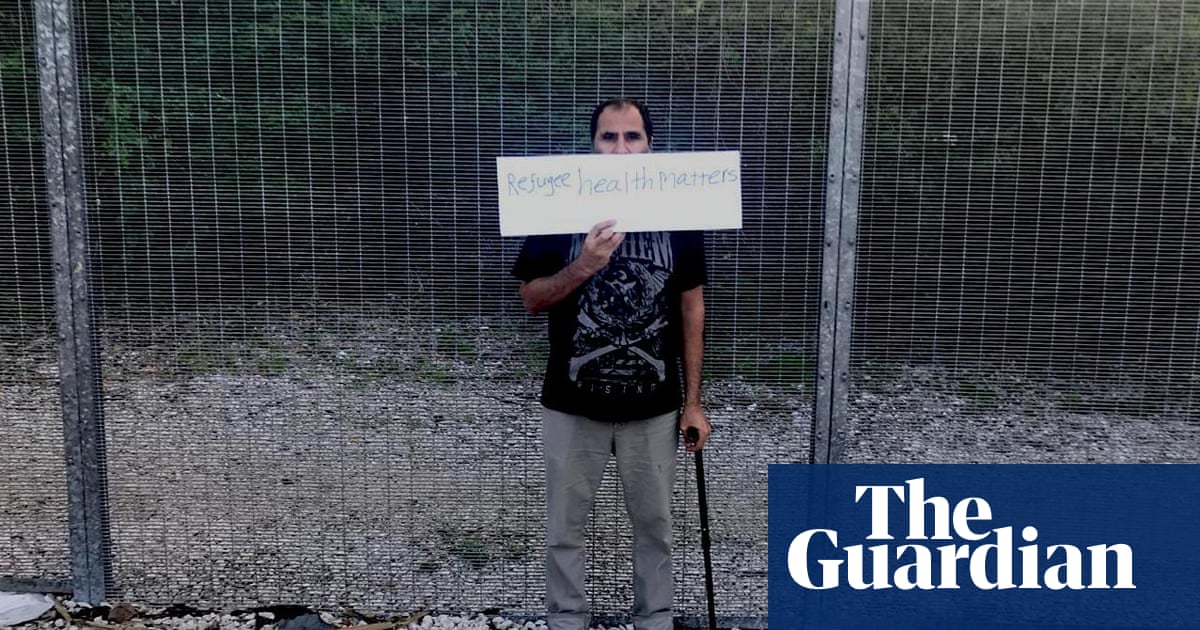 A group of almost 200 refugees on Nauru who have had either medical transfers or resettlement requests approved since 2019 still remain on the island, and their cases have stalled, despite the Coalition claiming to have dealt with the backlog.

The delays and policy inertia is causing further suffering for refugees and raises questions about why the resettlement and medevac processes have ground to a halt.

Among those remaining on Nauru is one Somali woman. She has no family there, her young sister died in Somalia, or friends, all of whom have left Nauru.

“I’m sad and scared. My friends tell me they have all been moved from detention on Nauru to detention in Australia,” she tells the Guardian.

“I’ve been locked up now for seven years; I don’t want to go from jail to jail. I need freedom. I have waited on Nauru to be sent somewhere to be free. Australia would just be another jail for me.”

While over the last five years, 832 people in Nauru and PNG have been resettled, almost 200 refugees remain on Nauru and about 180 in PNG.

Those who have been approved for resettlement in the US have not been given a date for their transfer – and coronavirus has thrown the process into chaos, halting international flights and closing borders. Though the Australian government insists the resettlements will go ahead.

Another group of refugees whose request for US resettlement was rejected have now applied to the Canadian refugee process, which relies on Canadian citizens and charities sponsoring refugees for resettlement.

In addition, there are Iranians whose case for the US has been rejected – the US will not accept Iranian refugees – and who are not in line for the Canadian process, who must remain on Nauru indefinitely.

The Australian government has consistently refused an offer from New Zealand to resettle 150 refugees.

*Nima, a 38-year-old Iranian refugee from a Kurdish minority, still remains on Nauru more than ten months after the minister for home affairs approved his medical transfer to Australia for knee surgery.

“I can’t bend my knees or stand up for long periods. For one year I have been using a stick to walk and struggle to do my daily life work due to my pain,” he says.

‘Australia is a bigger cage’: the ongoing trauma of Nauru’s child refugees

According to an IHMS doctor his chronic knee pain has led to a deterioration of his mental health. IHMS medical records show that Nima has also been diagnosed with “detention fatigue” and major depression association with feelings of hopelessness and helplessness, and is self-harming and has attempted suicide.

Nima’s documents indicate that before coming to Nauru he had a history of imprisonment in an Iranian jail, where he was tortured. Nima says he was sentenced to jail and thirty-two lashes for participating in an anti-regime protest and insulting the sanctities of the Iranian system.

In dozens of letters to the ABF in 2019, Nima complained about the lack or the delays of treatment.

In October last year, the minister for home affairs refused Nima’s medical transfer to Australia, however, his case was later approved when the Independent Health Advice Panel (IHAP) provided further clinical assessments. But that approval means little without approval from the government of Nauru, which Nima has sought without success.

Nima says he now no longer wants to come to Australia and is instead applying for resettlement in Canada.

“I understand if Australia doesn’t want us to enter, but it’s not right to keep us here and block our settlement somewhere else,” Nima said.

In July this year, the Canadian authorities advised Nima that due to Covid-19, it may take more than a year to schedule an interview and another year on top of that before he receives a travel visa for Canada.

In 2018, MSF was forced by Nauru’s government to leave the Island. Dr Beth O’Connor, a former Médecins Sans Frontières psychiatrist on Nauru, emphasised the significance of settlement in a place of safety to rebuild refugees’ lives and recover from the trauma they experienced in their home countries, on their migration journey and in indefinite offshore detention.

“Having a lack of control over one’s life was significantly associated with severe mental illness including post-traumatic stress disorder, depression and anxiety disorders,” Dr O’Connor said.

“Keeping people in indefinite offshore detention means that these people continue to have a lack of control over their lives and therefore remain at increased risk of severe mental illness and suicidal thoughts and/or suicide attempts.”

“Mental illnesses cause significant functional impairment, and the longer that these people are subjected to indefinite offshore detention and their recovery is delayed, the longer it is likely to take until they are able to regain functioning in their country of settlement,” Dr O’Connor said.

David Manne, the executive director of refugee legal, says Australia still holds the moral and legal responsibility for refugees in PNG and Nauru.

“Australia must act urgently to evacuate people to safety, and that must include accepting New Zealand’s long-standing offer to take in some of these refugees,” he says.

“The plight of people trapped in prolonged human warehousing on Nauru continues to be dire and to take a devastating toll on the health and well-being of vulnerable people held in cruel limbo for many years now.”

Australia’s department of home affairs says the management of transfers are a matter for Nauru but stresses that the US resettlements have continued even during the Covid-19 outbreak.

“The US and Australia remain fully committed to the arrangement and maximising the number of refugees resettled.”