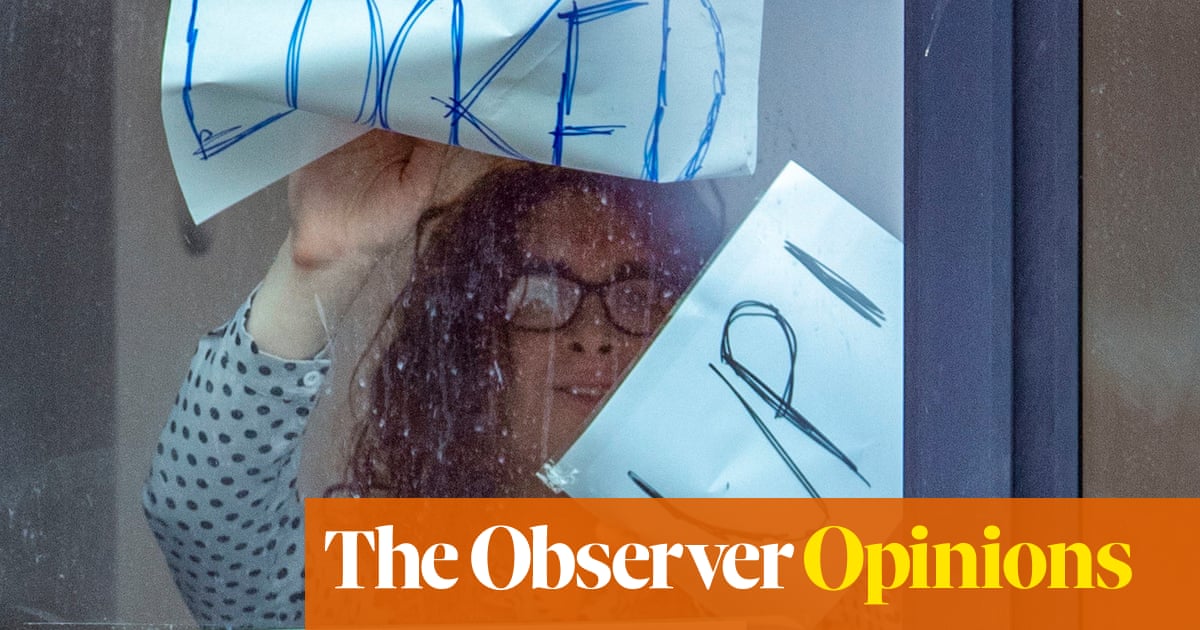 The trouble with universities is they are both places of teaching, learning and research – and enormous hotels. In the middle of the Covid-19 crisis, they are like stationary cruise ships embedded in nearly all our major cities with tens of thousands of socially active students on board.

It was inevitable that the arrival of a million students was going to be accompanied by serious outbreaks of coronavirus and so it is proving. But with more realism about what was likely to occur and a greater willingness to take the financial hit, much of what is about to happen could have been avoided.

I write as someone who has just been winched off the bridge of one of the embattled ships. Until the end of August, I was in the thick of it as principal of Hertford College, Oxford, about to step down after nine happy and fulfilling years but in the most surreal of circumstances. Silent corridors, lecture rooms, chapels and bars. A university and college without its students is a forlorn and stranded institution – an academic beehive without its bees.

We were one of the first Oxford colleges to be hit by Covid-19 at the end of the spring term. Very quickly, it became obvious that effective social distancing was barely possible and the only way to contain the outbreak was to disperse the students to their homes as fast as possible, with everyone communicating online via Zoom and Microsoft Teams.

Academically, it worked well. Tutors and lecturers had to work extraordinary hours with great dedication to prepare teaching materials to go online. Students hated their isolation, but in terms of learning and teaching we hardly missed a beat; indeed, more than half our finalists achieved firsts. But what I then found extraordinary was that instead of recognising this reality and building on it, both the government and nationwide university leadership agreed to a return to normal this autumn. We would bring the students back.

Some of the impulse was human yearning for the nightmare to be over and to give students the return they wanted. But in truth, it was more like Donald Trump’s refusal to wear a face mask – a denial of the deadly obvious. It was justified by the belief that somehow, with sufficient preparation in terms of grouping students in small “households” and organising ourselves to socially distance, alongside an effective test and tracing system, it would work out. Moreover, if you believed the hype of some of the medics, there might even have been a vaccine by now.

It was a happy win/win outcome. Students would get what they wanted and universities could stay alive financially with only minimal extra cash from the government.

It may still be OK. After all, there are signs that the alarming growth in the overall infection rate is now beginning to slow down. In Oxford, one or two colleges, such as Hertford, have made it clear that all college teaching will be online, equipping every student with a laptop, along with amazing efforts to make social distancing work. For example, communal eating will be staggered and take place outside in a vast open tent.

However, the university as a whole is still adhering to the government injunction that students should not study from home. I ardently hope it comes off and I feel especially for the 18- and 19-year-olds arriving at universities such as Manchester or Northumbria only to be cooped up immediately in quarantine for 14 days.

I always thought it was an over-optimistic bet – an experiment with young people’s lives that was inherently unfair. This is one more area of national life where the mindset of Conservative ministers – an adolescent libertarianism combined with instinctive distrust of all forms of collective action – just doesn’t correspond to the exigencies of the moment. For the obvious solution was to proceed more cautiously: to spread student returns – half would attend the first half of term and half the second, say, with perhaps just finalists being allowed back fully. This regime would only be relaxed when there really was an effective test and trace system and/or a vaccine.

But that would have meant the universities’ hotel operations would only be half-full. Already, as the Institute for Fiscal Studies has commented, 13 of the more indebted universities need a £140m bailout. The university sector being half open for an entire academic year would cost £1bn, I estimate, in lost room and catering charges. What is more, few beyond the Russell Group go beyond online lectures to offer online seminars and tutorials, so raising questions about the justification for £9,250 tuition fees. These were sums and a debate that the government was not prepared to entertain. Best get all the students back.

The universities colluded. Research labs, a key income line and activity – generally need to be open at least 40% to qualify for grant disbursements and that means having a critical mass of graduates to run them. The wider business model was predicated on high and growing student numbers.

Nor did universities want to lose independence, the price to be paid for any bailout. In any case, the government could not be so incompetent as to leave us without mass test and tracing by the autumn, could it?

Well, here we are. The government is incompetent. City authorities around the country are discovering they are hosting super-spreaders, some in areas where there are already partial lockdowns. Students are wrestling with anxiety and a sense of responsibility while also wanting to seize whatever chance there is for youthful pleasure.

You can only sympathise. But we, their elders, should have managed it all so much better – we should have told them that learning this year would be all online and brought them back gradually. That takes judgment and leadership – qualities in very short supply.

• Will Hutton is an Observer columnist