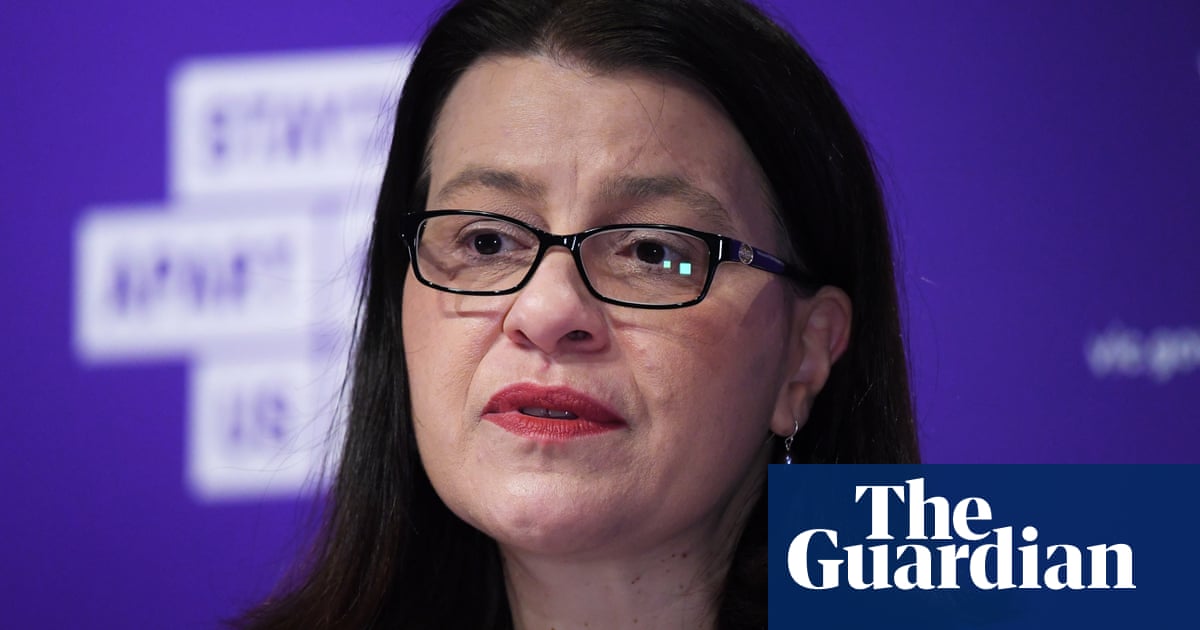 Former Victorian health minister Jenny Mikakos has urged the hotel quarantine inquiry to “treat with caution” premier Daniel Andrews’ evidence about the decision to use private security guards, as she pushes back on his claim she was responsible for the botched program.

Mikakos resigned from the ministry and the Victorian parliament last month after Andrews told the inquiry he believed she was responsible for overseeing the hotel quarantine program, once a joint submission to the crisis council of cabinet was made by her and jobs minister Martin Pakula in early April.

The inquiry has heard 99% of the more than 18,000 cases of Covid-19 and 750 deaths in Victoria since late May can be traced back to outbreaks in two quarantine hotels involving several security guards from private firms.

Counsel assisting the inquiry has not determined who made the decision to recruit private security, instead suggesting the inquiry find that it was a “creeping assumption” made throughout the course of 27 March – the day the program was announced.

However, in a stunning rebuke of her former leader, Mikakos told the inquiry in her final submission that such a finding would have “insufficient regard to the realities of governmental operation and decision-making” and pointed to Andrews referencing the use of private security in his press conference announcing the program at 3pm on 27 March.

Mikakos said the inquiry should “treat with caution” Andrews’ claim that no decision had been made about private security at that time.

“It is submitted that had the decision not already been made by that time, the premier would not have announced the use of private security in the program,” she said.

“In this regard, it is observed that no evidence was led about what briefings were provided to the premier by his office in advance of that media conference.”

None of the premier’s staff was called before the inquiry to provide information as to their involvement in the development of the hotel quarantine program.

Mikakos told the inquiry her resignation should not be viewed as an admission of responsibility, and pushed back on Andrews’ claim that she held sole responsibility for the operation of the program from 8 April, because many of the contracts, including for security, were held with the Department of Jobs, Precincts and Regions, and the minister, Martin Pakula.

“It would be a nonsense, it is submitted, for the DHHS [Department of Health and Human Services], and through it, Ms Mikakos, to be considered to be solely responsible and solely accountable for the hotel quarantine program during the relevant period, by reason of the DHHS’s ‘control agency’ status in respect of the pandemic as a whole,” she said.

“The DHHS held no contracts with the hotels, nor with security guard contractors or providers of cleaning services, and was not responsible for contract management in respect of those services.”

Mikakos put blame for the lack of oversight back on Andrews in the development of the program, and because it did not go through the regular cabinet committee process in March.

“The haste with which this program was established saw the usual Cabinet processes subverted with the premier, through the Department of Premier and Cabinet (DPC), tasking the Department of Jobs, Precincts and Regions (DJPR) with responsibility for its design and implementation,” she said.

Mikakos maintained she was not aware private security was being used in the hotels until the outbreaks, and then she “acted swiftly to take decisive action on those matters, bringing in Alfred Health after the Rydges outbreak and seeking an alternative workforce to security guards after the Stamford outbreak.”

Andrews said on Friday that Mikakos’ claim was a “matter for the board” of inquiry.

“I don’t accept that criticism, but ultimately, that’ll be a matter for the board to report on among many other matters,” the premier said at his daily press conference.

One of the mysteries yet to be answered by the inquiry is who made the decision on 27 March to use private security guards. Victoria police have said it was unable to obtain incoming call records from then-commissioner Graham Ashton’s phone on the day the program was announced.

There is a six-minute window between text messages sent by Ashton after 1pm that day before the program was announced by the prime minister where Ashton came to believe a deal had been done to use private security guards.

Victoria police has claimed it could not obtain the records from Telstra under data retention legislation.

Peta Credlin, the former chief of staff to ex-prime minister Tony Abbott who’s now a Sky News host, questioned Andrews on Friday about whether the inquiry had the power to obtain the records. The premier responded by stating the board would “seek what they believe is appropriate”.

When asked whether Andrews and his staff or ministers would be willing to hand over their own phone records, the premier said the inquiry had not sought them.

“At any point where this inquiry has sought more from the government, the answer has been ‘yes’,” he said.

The final report of the hotel quarantine inquiry is due to be handed to the state government on 6 November. Andrews said he expected to hold a lengthy press conference where he would answer questions concerning the findings.