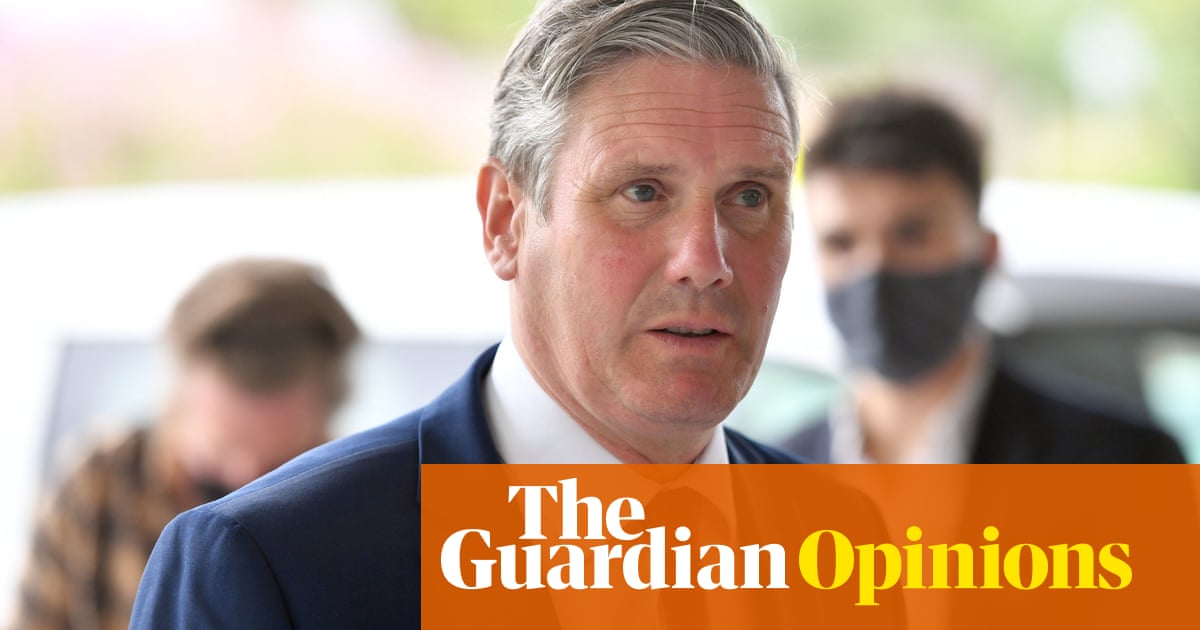 Last weekend’s Observer poll showed Labour and the Conservatives level-pegging on 40% each, the first time the Conservatives had not led an Opinium survey since July last year. Labour MPs shared it, activists celebrated: for many it marks the beginning of the end of Boris Johnson’s Conservative party.

Keir Starmer has, no doubt, had a good start as Labour leader. He has whittled the Conservative lead down to zero from 26 points in April. He is much more popular than his predecessor Jeremy Corbyn. If there were an election tomorrow, on these exact numbers and assuming a uniform swing, there would be a hung parliament.

But this is not how things work. The polls shift, positions change, campaigns have an impact, people re-evaluate as an election comes closer. And compared to other governments at this point in the electoral cycle, the Conservative position is quite strong.

For most of the last parliament, the two parties were neck and neck. Going back further, Labour was ahead in 54 of 60 months of polling in the 2010-2015 parliament. At the same point in that cycle as now, Ed Miliband’s Labour led in every poll, by as much as 10 points. That ended in 2015 with a Conservative majority. Add in a pandemic, general disorder and government incompetence, and the Conservatives being both level-pegging and on 40% is impressive.

Of course, the party dynamics are different to 2015. Labour’s vote was diffuse at the last election, and it has now won back remain voters it lost to the Liberal Democrats. As Matthew Holehouse of the Economist has pointed out, this matters: only 49% of remain voters backed Labour in 2019 compared to 55% in 2017. In YouGov’s most recent poll that has increased to 57%.

But Labour also needs to win back a double dose of defectors. In 2017, it lost 9% of its voters directly to the Conservatives, and in 2019 it lost 11%. Labour has a long way to go in winning these people back. Where the Conservative share has gone down, much of this is people saying they don’t know how they’d vote, rather than going straight to Labour.

Why might this be? The fact is, for all Starmer’s success, the Labour brand remains dire. A YouGov poll yesterday found voters do not think Labour is ready for government, by a margin of two to one. Voters in the northern “ “red wall” are not just going to snap back to the party overnight – they feel it has failed them, both nationally and locally, and they are a long way from changing their mind. Nor is it all Corbyn’s fault: the problems of even the Gordon Brown years still hang over the party, with many of my focus group attendees saying it would be “just like last time” if Labour was in charge of the economy.

The Conservative brand, relative to Labour, remains remarkably resilient. In a recent poll by JL Partners, taken in the aftermath of the exam results crisis, voters still saw the Tory party as more “competent and capable” than Labour. They also named Labour as the most divided party, by a margin of 15 points. This is important: it does not much matter if voters think the Conservatives are a bit rubbish, if they think Labour is even more rubbish. Brands are formed in relative terms rather than absolute terms, and for now this is an advantage for the Tories.

Values have an impact, too. Although the culture war matters less to ordinary voters than it does the social media bubble, 48% say Johnson is more patriotic than Starmer, with only 18% saying the opposite. With potential policy shifts to come, such as cutting the foreign aid budget or raising tax on the wealthiest in society, the Conservatives likely have more tricks up their sleeves to keep “red wall” voters on their side.

Values are of central importance to the voting decisions in the old northern Labour heartlands. Regardless of competence or economic issues, many of them changed their vote in December because they felt Labour no longer stood up for them, while they felt Johnson understood them and would fight their corner.

Yet values are a double-edged sword for the Conservatives. At the same time as they praise Johnson, this group of swing voters is the most likely to be worried that underneath all the bluster, the Tories may not really have their best interests at heart. In focus groups I run, it is always their biggest hesitation about the Conservative party. This is important if Labour wants to bring the Tory vote share down further. The message most likely to change a “red wall” voter’s mind on the Conservatives is not that they messed up exam results or cannot manage our schools (all politicians would be capable of that), but that they did so because they do not care about our schools in the first place.

This is why Dominic Cummings’ trip to Barnard Castle still comes up in focus groups: it gave the impression the government cared more about their right-hand man than ordinary people. By staying on competence alone, Labour run the risk of locking themselves out of the most important territory to reduce the Tory vote.

It is possible, of course, that the Conservative brand is slowly toxified over the coming months and years, without much action from Labour. In an aura of perceived incompetence, a messy no-deal Brexit may be given much shorter shrift than it might have six months ago. Scotland may see a Tory setback in next year’s Holyrood elections.

But looking at the current polls, the resilience of the Conservative brand, the continued toxicity of Labour’s image, and how governing parties usually perform at this stage, the Tory party is in a better position than the reaction to that Opinium poll suggested. For now, Johnson has more to worry about from his unruly MPs than he does from a wavering public.