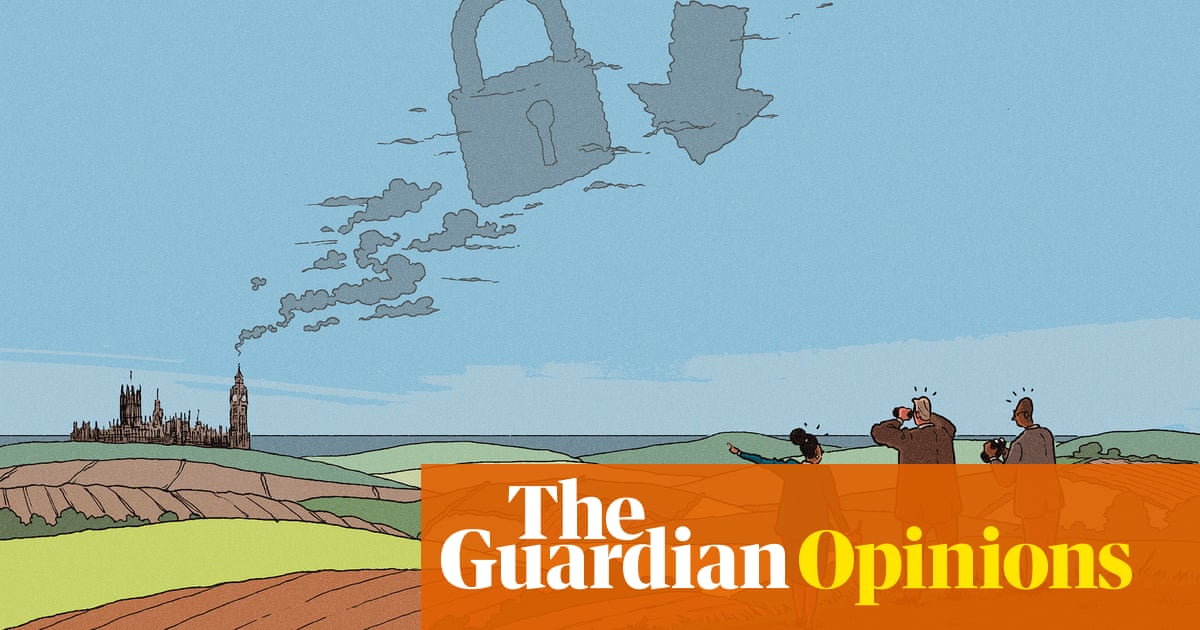 At the heart of England’s passage through the Covid-19 era are two key factors which have combined to create a mess of failure and mishap.

One is the government’s simple incompetence. The other centres on a centralised system of power and administration that no longer works – something now vividly manifest in just about every aspect of the crisis, from the way rules and restrictions are being landed on places without warning, to a national test-and-trace system whose dysfunction has been clear for months. Put the two together, and you end up with the drama that is now being replayed over and over again: hapless, hopeless people at the top, trying to fight the pandemic using machinery that has long since rusted to the point of uselessness, while those on the ground insist they could do a better job if only they were given the chance.

“We have a bizarre system of government in this country, don’t we? A remote, London-centric operation that doesn’t trust local government, doesn’t invest in it, doesn’t believe in it.” The Greater Manchester mayor, Andy Burnham, said that to me last week, as he talked about his leading role in an increasingly angry revolt against a government approach that has managed to be both shambolic and dictatorial, and the inadequacy of Rishi Sunak’s plan to pay people affected by business closures only two-thirds of their lost pay.

The evening before we spoke, the media had begun reporting the imminent prospect of the enforced closure of pubs, bars and restaurants in “the north of England” – wherever that is – and, by implication, even more bad economic news for Greater Manchester. But no one in the government had raised this prospect in the online meetings with ministers Burnham had attended earlier that week. Instead, word of these new so-called “hospitality” measures had initially come to light in a blog written by the ITV News political editor, Robert Peston. Then, the Times previewed a front page featuring the headline “Restaurants and pubs in north forced to shut again”. So it was that Burnham and other leaders of the parts of England most severely affected by the pandemic discovered their fate.

This is no way to run a country, least of all in the midst of a pandemic. But it keeps happening. Burnham describes his dealings with ministers as “sporadic”. He says the meetings that decide new restrictions are like “a papal conclave – where no one else knows anything”, and that he is now used to finding out what is about to hit Greater Manchester via the media. “That’s how they’ve governed all the way through this,” he told me. “It’s been all about late-night briefings to papers. It’s like a political campaign, not a government communications operation.”

What all this means in the everyday world is plain. If policymaking is shut away to the point of being clandestine, and mayors, council leaders, local officials and on-the-ground voices are still kept on the margins, restrictions and the economic and social measures that need to accompany them will be serially bungled.

Burnham’s most pressing fear is that if Greater Manchester and other areas are the subject of the severe rules the government is set to put at the top of its new three-tier system, the results could be disastrous. He fears being “trapped in tier 3 for the whole winter”, without meaningful economic support for workers or businesses. And if that happens, “levelling up will be over, certainly as far as this government’s concerned”.

The same day I spoke to Burnham, I put in a call to Alice Wiseman, director of public health for Gateshead. There, infection numbers are reaching very worrying levels, and the challenges faced by someone in such a crucial role extend into the distance. The last time we spoke, she had expressed deep concern about the lack of detailed information about local Covid cases in the government’s centralised testing system – something which had improved, though other problems had now flared up.

As far as she could tell, the national test-and-trace system’s failure to register 16,000 Covid-19 cases and trace their contacts had resulted in a huge fall in the rate of people in her area being successfully contacted from 67% to 52%, with obvious consequences: “Only half of the people in my area who were potentially a close contact have been told. You’ve got another half wandering around Gateshead, not knowing they could be infected with Covid, and be infecting other people.”

Her accounts of waiting for word on new restrictions echoed what Burnham told me. In the final week of September, for example, the government was about to announce new rules meaning households in Gateshead and elsewhere could no longer meet indoors, which would come into force at midnight the same day. “This was on a Tuesday night,” Wiseman said. “And I had to stay at my computer, hitting refresh. I emailed the Department of Health and Social Care at 9 o’clock to say, ‘I’m really concerned we haven’t been given the regulations – we have three hours to go.’ I emailed again at 10 o’clock. I emailed again at 11: I said, ‘Hello, is there anybody there?’” Soon after, she was finally sent a link to the new restrictions that would hit her area 60 minutes later. Thankfully, lawyers employed by the council had stayed up late to work through their implications, but that was hardly the point.

Last week, Labour leaders from a handful of large English cities came up with five headline proposals to push the fight against the coronavirus down to the grassroots, centred on a much greater role for councils in deciding restrictions, and a locally controlled test-and-trace system (whatever the weekend’s rumblings about woefully late action from the government on this, bear in mind that a system that would be “local by default” was promised in early August, and has not materialised). Among the people fronting the plan was Judith Blake, the leader of the city council in Leeds, who talked me through a list of failures that should have been shocking, but instead felt grimly familiar.

Leeds, lest we forget, is the third largest city in the UK. Testing and tracing there, she said, is “not working adequately at all”, not least when it comes to people self-isolating. There was, she told me, an ongoing fog of media briefings about the new three-tier system and what it may or may not entail. She expects new hospitality rules to arrive next week, “but we don’t know how long it’ll be for – two weeks, three weeks, or longer than that? So it’s really difficult for us to come up with a plan.”

What did all of this come down to? “It’s about a lack of respect, a lack of trust and a lack of understanding of our expertise,” Blake said, “which could have brought so much benefit if we’d been involved in planning right from the start.” She sounded sad, and wearied: someone trying to do everything they could, but being held in check by Westminster and Whitehall, and a zombie system of government stubbornly kept in place, even as its failings become so terrifyingly clear.

• John Harris is a Guardian columnist