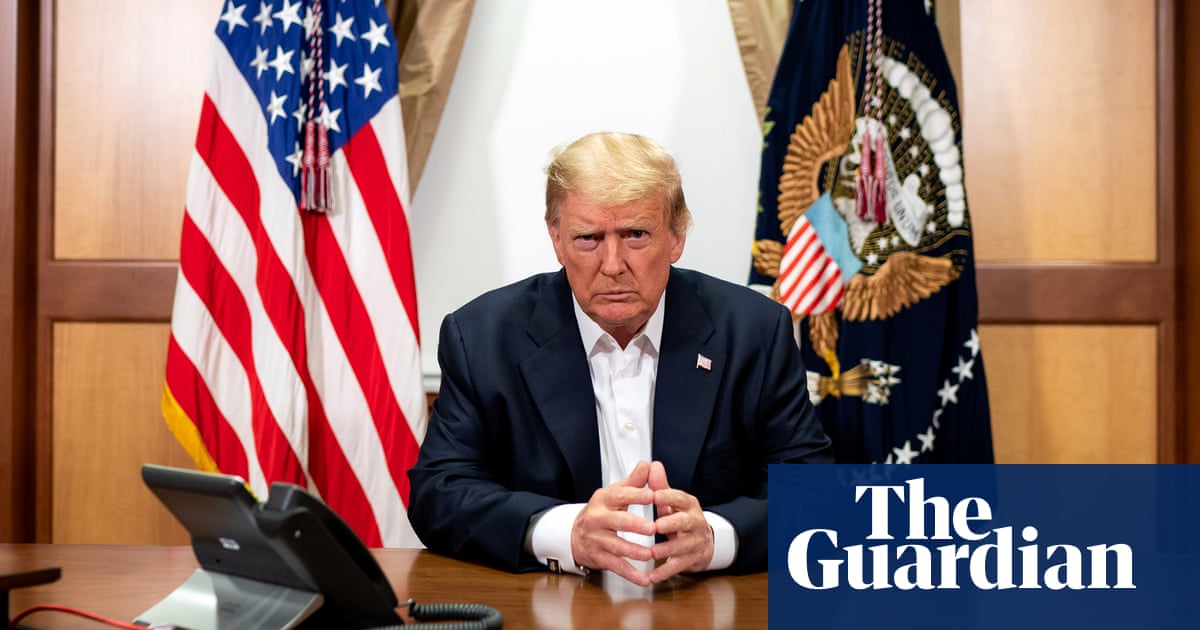 Mary Trump, the niece of Donald Trump, has said the United States is “in the horrible place we’re in” because members of the family, including the president, see illness as “a display of unforgivable weakness”, whether it is in themselves or others.

Speaking on NPR’s Fresh Air, Mary Trump, who recently published the tell-all book Too Much and Never Enough: How My Family Created the World’s Most Dangerous Man, said: “That’s why we’re in the horrible place we’re in, because he cannot admit to the weakness of being ill or of other people being ill.”

She spoke as the US president was criticised by doctors for unnecessarily exposing his staff and his security detail to coronavirus by performing a drive-by to wave to supporters outside Walter Reed military medical center where he is being treated for the disease.

‘This is insanity’: Walter Reed physician among critics of Trump drive-by visit

Mary Trump is suing the president and two of his siblings, alleging that they cheated her out of millions of dollars over several decades while squeezing her out of the family business.

On Sunday, Mary Trump said both the president and his father, Fred Trump, held the view that illness was “unacceptable”. “Which sounds incredibly cruel, but happens to be true,” she said.

She recounted the way this belief affected her grandmother, who had osteoporosis, saying that she would return from the hospital and need care and physical therapy, but that her grandfather, Fred Trump, “was unable to tolerate it. You know, he’d be in the room with her. And as soon as she started showing that she was in physical pain, he would say ‘everything’s great, right. Everything’s great.’ And he’d leave the room.”

Asked how the reaction to illness was expressed, Mary Trump said that the attitude was driven by the fact that her grandfather was “never sick. Ever.”

Fred Trump’s adherence to the philosophies of Norman Vincent Peale, an American minister and motivational speaker who was close to the Trump family and officiated at Trump’s first marriage, was taken to “such an extreme level that it was toxic because it left no room for expressions of what he considered negativity of any kind, you know, sadness, despair, being physically ill,” Mary Trump said.

Friedrich Trump, Mary Trump’s great grandfather and the president’s grandfather, was killed by Spanish influenza in the 1918 pandemic, something Mary Trump said her uncle “seems to have forgotten”.

Coronavirus live news: ‘We cannot give up’ warns WHO chief; protests flare in Italy