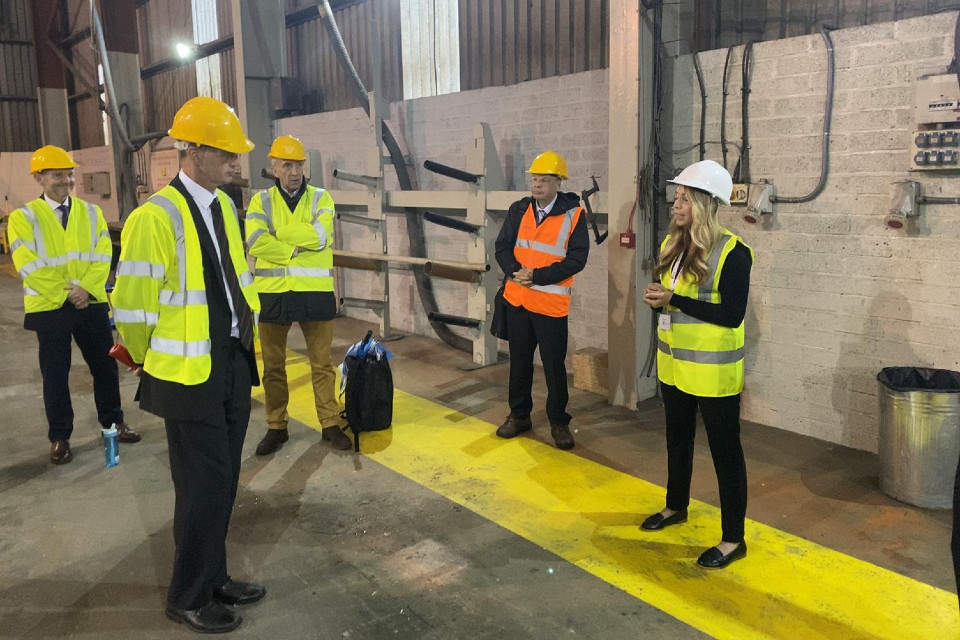 During his visit on Thursday (27 August) Minister Davies heard how the Pembroke Dock Marine project, which is set to receive funding from the UK Government and Welsh Government, could generate £73.5 million a year for the Swansea Bay City Region’s economy and create more than 1,800 jobs in the next 15 years.

The UK Government and Welsh Government recently approved the business case for the development as part of the Swansea Bay City Deal, enabling the advancement of the clean energy project.

While at the port, Mr Davies heard how the developers will expand on the region’s established facilities and skills base to maximise efficiency and innovation to drive down the cost of marine energy.

Working hand in hand with local government and businesses, we are helping to create new and exciting economic opportunities in south west Wales.

The Pembroke Dock Marine project will not only provide a significant economic boost to the region but will also help to put Wales at the forefront of marine energy technology.

The UK Government is committed to supporting a green and resilient economic recovery and I look forward to seeing how the developers use the UK Government funding to accelerate this project.