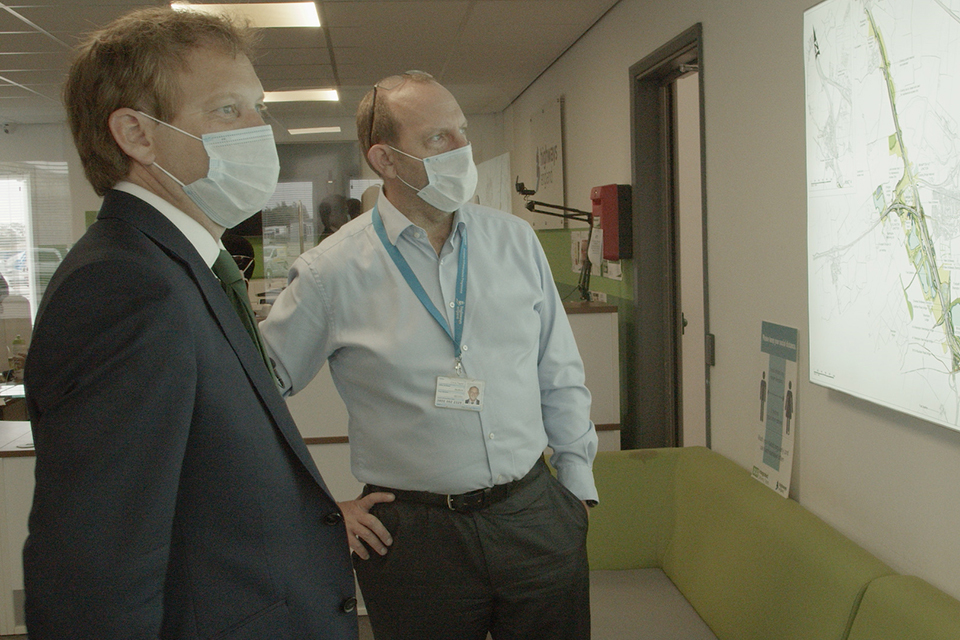 Major progress has been made on ambitious upgrades to Wales’ railways following £343 million of investment to help deliver better journeys for passengers, UK government Transport Secretary Grant Shapps has set out today (21 August 2020).

The raft of schemes to be funded include kickstarting the design of the Cardiff Central station upgrade, advancing plans for cutting-edge digital signalling on the Cambrian line and speeding up journeys between Cardiff and Swansea.

Work on a new, modern design for Cardiff Central station will be funded through the release of £5.8 million. It will focus on improving access and ensuring platforms are suited for longer trains, boosting space and capacity for passengers.

The Transport Secretary has also announced £3 million to advance plans for upgraded signalling on the 241-kilometre Cambrian line from Shrewsbury Sutton Bridge Junction to Aberystwyth and Pwllheli. The planned state-of-the-art digital signalling system will modernise the network, improving the reliability of services, and support the introduction of a new fleet being rolled out across the network in December 2022.

In addition, almost £2 million has been made available for the next phase of development work on proposals to speed up journeys between Cardiff and Swansea, Chester and Llandudno Junction, and the Severn Tunnel and Cardiff, through better-aligned tracks and exploring putting additional services on the lines.

The announcement of these new projects follows major reforms to the network over the past months such as completion of a fully electric route between Cardiff and London and the devolution of powers over the Core Valley line to the Welsh government.

The host of improvements we are delivering across Wales, from huge infrastructure upgrades to creating new and modern stations, are vital to deliver better, quicker and more convenient journeys for passengers within, into and out of Wales.

We want to transform travel for passengers and, as we build back better from COVID-19, we will ensure our investment helps to level up all parts of the UK.

By upgrading, improving, and – crucially –modernising our railways, we will make good on our promise to deliver the reliable journeys passengers deserve.

Communities across Wales will benefit from this multi-million package of rail investment, aimed at delivering rail services that are fit for the future.

From proposals to speed up services, improving access for those who need it most and boosting connectivity, these improvements form part of our broader plans to level up the nations and regions of the UK as we rebuild our economy following the coronavirus.

It was confirmed in June that the Great Western Main Line is now fully electric, revolutionising train travel between Cardiff and London through quicker, more environmentally-friendly journeys. The final remaining section through the Severn Tunnel was completed following a £76 million investment from the UK government.

At Transport for Wales we are continuing with our investment programme and in the last financial year we spent £796 million transforming our rail services. This included £516 million acquiring the Core Valleys Lines, £187 million on the Wales and Borders rail service and an additional £28 million on projects and service operation.

At the start of the year we opened our Metro Infrastructure Hub in Treforest and construction has begun on our £100 million Metro Control Centre in Taff’s Well as we continue to deliver the South Wales Metro that will bring social, economic, recreational and cultural benefits to the people of Wales.

We welcome any further funding as we move forward with our transformational plans.

In March, the UK government’s commitment to empower decision making in rail at a regional level was underlined with the transfer of powers over the Core Valley lines from Network Rail to Transport for Wales. This devolution is backed by £196 million in funding for management, electrification, upgrades and other improvements on the network.

Additionally, almost £4 million has been invested towards building a new station at Bow Street between Borth and Aberystwyth to help improve connectivity and ease congestion on roads in the area. The station is expected to open early next year.

A number of stations in Wales have also benefitted from millions of UK government funding to improve accessibility for all passengers such as through new step-free routes. Grangetown, Pontypool & New Inn, Llantwit Major and Neath were awarded a total of £1.5 million in February 2020 to install new lifts under the Access for All programme, which funds smaller scale accessibility improvements. All projects are expected to complete by 2024 at the latest.

Accessibility improvements at Cadoxton station, which include a new footbridge and lifts, are set to be unveiled on 28 August 2020.