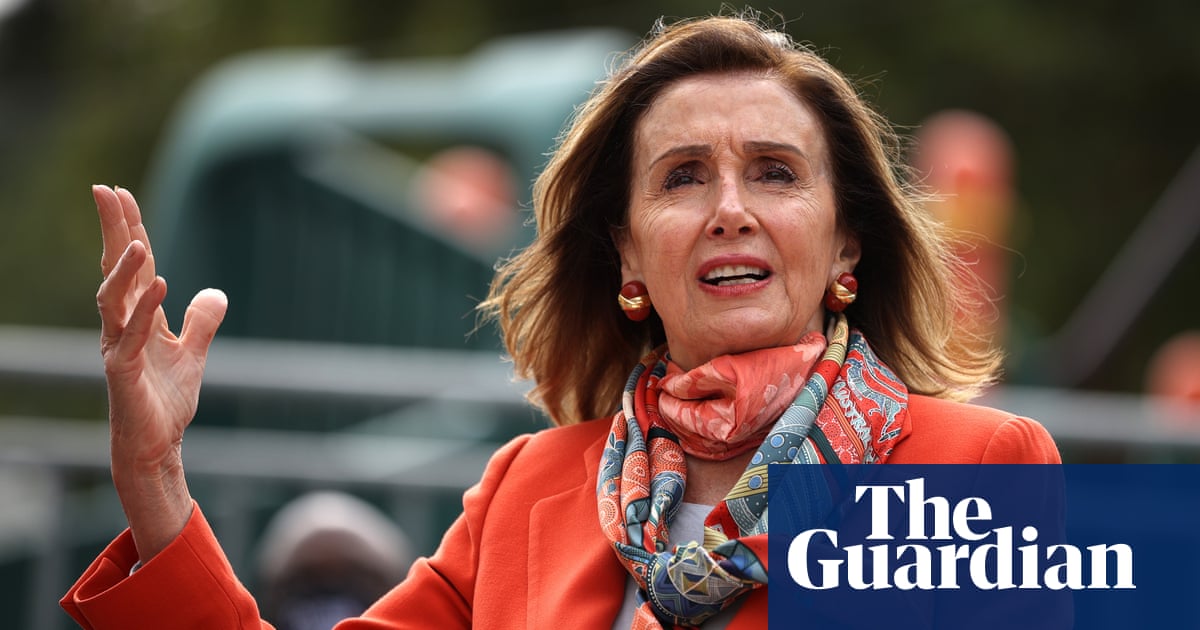 Nancy Pelosi has claimed to have been “set up”, after she was photographed in a San Francisco hair salon without a face covering, breaking the city’s coronavirus prevention rules.

‘Get off Twitter’: Joe Biden urges Trump to focus on safely reopening schools

Salons in San Francisco have been closed during the coronavirus pandemic, with limited outdoor operations beginning only on Tuesday.

Security camera footage obtained by Fox News showed Pelosi, the House speaker and the most powerful Democrat in Washington, walking through the e Salon SF with a mask around her neck. The footage was filmed on Monday.

Pelosi has regularly told US citizens to wear masks and follow guidelines intended to limit the spread of coronavirus.

The salon’s owner, Erica Kious, said one of her hairstylists who rented a chair at the business opened it specially for Pelosi’s appointment.

“It was a slap in the face that she went in, you know, that she feels that she can just go and get her stuff done while no one else can go in, and I can’t work,” Kious told Fox News.

“We have been shut down for so long, not just me, but most of the small businesses and I just can’t – it’s a feeling … of being deflated, helpless and honestly beaten down.”

Kious said that according to her interpretation of coronavirus safety precautions, blow-drying hair was prohibited.

“I have been fighting for six months for a business that took me 12 years to build to reopen,” she said. “I am a single mom, I have two small children, and I have no income. We’re supposed to look up to this woman, right? It is just disturbing.”

A spokesman for Pelosi, Drew Hammill, said: “This business offered for the speaker to come in on Monday and told her they were allowed by the city to have one customer at a time in the business.

“The speaker complied with the rules as presented to her by this establishment.”

Donald Trump weighed in, tweeting that Pelosi was “being decimated for having a beauty parlor opened, when all others are closed, and for not wearing a mask – despite constantly lecturing everyone else”.

Trump has recommended that people wear masks and has occasionally worn one himself. He has also resisted calls for a national mask mandate and last week staged a Republican convention at which coronavirus prevention measures were at best inconsistently observed.

Pelosi, who has called Trump’s stance on masks “cowardly”, fired back.

Covid-19 map of the US: latest cases state by state

“I think that this salon owes me an apology for setting me up,” she said, adding that she had been “inundated” with comments from people in the hair service industry, thanking her “for calling attention to this” and saying “We need to get back to work”.

“Many [are] annoyed at the setup,” she said, “that was there for a purpose that has nothing to do with ending the crisis.”

Pelosi said she had worn her mask round her neck because she had “just had my hair washed. I don’t wear a mask when I’m washing my hair. Do you wear a mask when you’re washing your hair? I always wear a mask … And that picture is when I just came out of the bowl.”