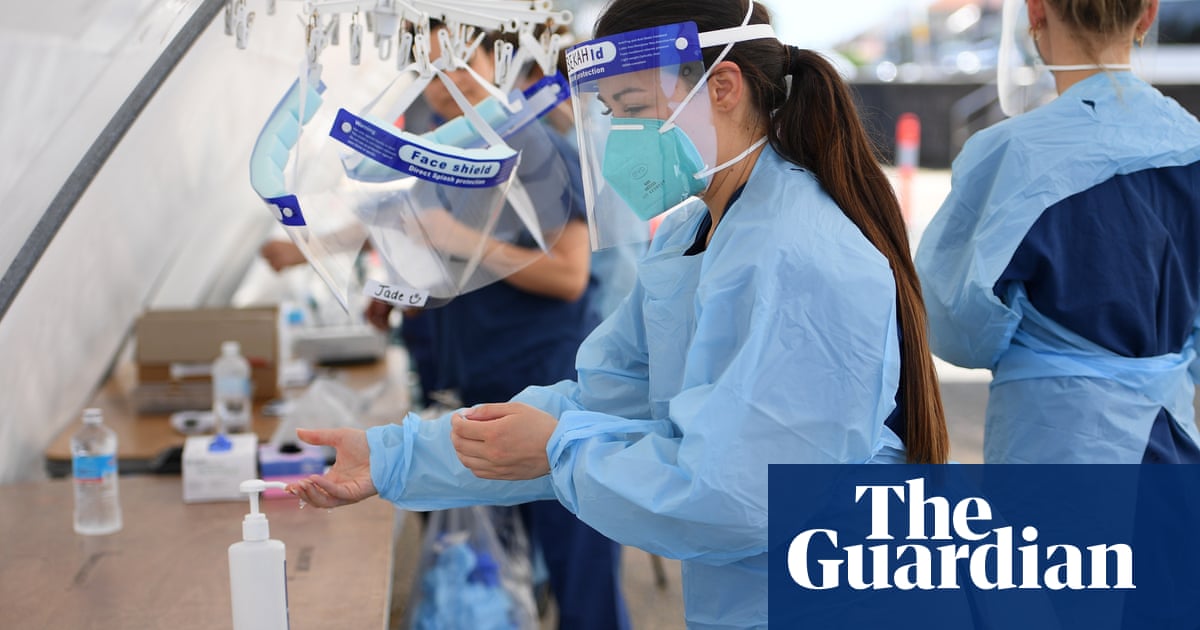 Victoria announced on Saturday it had just one new infection and no deaths in the preceding 24 hours, raising hopes of at least some relaxation of the state’s Covid-19 restrictions on Sunday.

After Victoria’s announcement, the federal health minister, Greg Hunt, tweeted the results meant the state had met the “epidemiological conditions for a Covid Safe reopening”, and advised it to mirror the arrangements in New South Wales, which is currently dealing with its own small outbreak in south-west Sydney.

Great news for Vic- the rolling average of new cases is now well below 10. The epidemiological conditions for a Covid Safe reopening of hospitality, movement & family reunions among others, have now been firmly met. Vic should now be able to move to the next step in line w NSW t.co/x04HdZjgoo

In response, the state’s chief health officer, Brett Sutton, remarked that Hunt was “not an epidemiologist”.

He said Hunt should “reflect” on whether he was meeting the standards expected of a health minister.

“If Minister Hunt is genuinely suggesting that we are keeping this lockdown on because somehow we think Victorians are enjoying it, or it is a choice that we are making, this is just – it’s just wrong,” Andrew said.

“I will boldly predict that whatever I stand up here tomorrow and announce, there will be members of that federal government, some who are from Victoria but I don’t think they’re for Victoria, who will be out there saying: ‘It is not enough, you should have done more’.”

Andrews accused Hunt and others in the federal government of playing political games.

“I have probably said more than I frankly intended to and more than I am inclined to about people who are, I think, playing games,” he said. “This is not a game. The stakes are too high.”

Four of the locally transmitted cases are linked to the an outbreak at the Greater Beginnings childcare centre in Oran Park.

Three of the new infections were from a family who attended the centre. The fourth was one of the centre’s staff members.

A fifth case was a student who attends the Oran Park high school.

“Contact tracing has commenced and the school will be thoroughly cleaned over the weekend,” NSW Health said. “This student is a close contact of a known confirmed case linked to the Liverpool private clinic cluster, which now numbers 11 cases.”

In Victoria, new evidence was reported in the Age newspaper on Saturday morning suggesting that Sutton may have had more knowledge of plans to use private security at hotels than he had told an inquiry.

The paper obtained emails showing Sutton had thanked a colleague after the colleague advised home affairs of Victoria’s quarantine arrangements, which included private security use. That email was reportedly sent in March.

But Sutton on Saturday stood by his evidence to the hotel quarantine inquiry that he had not become aware of private security’s use until May.

“My statement to the inquiry was true, I provided it honestly, I was under oath, Sutton said. “I take those obligations extremely seriously.

“We’re very close to having a situation where regional Victorians will be able to travel into New South Wales and into SA as well,” Andrews said.

In Western Australia on Saturday, a nurse in full protective gear boarded a bulk carrier in Geraldton Port to swab a crew member with coronavirus symptoms.

The carrier Key Integrity arrived in the port from Manila on Saturday morning but the fast-tracked test result is not yet known, WA Health said on Saturday.

It said on Friday none of the other 19 crew members were reporting symptoms and the ill crewman was isolating in his cabin.

WA on Saturday recorded two new cases of coronavirus, both in travellers in hotel quarantine, according to the federal Department of Health’s Dr Alison McMillan.

In South Australia, three new coronavirus cases were confirmed in travellers from overseas who were in hotel quarantine.

There are six active cases in the state in total. On Saturday, the South Australian premier, Steven Marshall, said he was “increasingly concerned” about clusters in NSW but no decisions on reimposing border restrictions were imminent.

Queensland again recorded no new cases, but did detect some virus fragments in wastewater in parts of the state, including Maroochydore and Wynnum.

“What we’re asking people in those areas to do is the same thing as we have been asking them every other day, but it’s perhaps just a little bit more important over the next week or so,” he said. “And that is, if they have any symptoms whatsoever, please do go and get tested.”

There are no longer virus fragments in Townsville wastewater.

Coronavirus Australia live update: Daniel Andrews says ‘now is the time to open up’ after Victoria records no Covid cases

Melbourne to reopen after more than four months of Covid lockdown