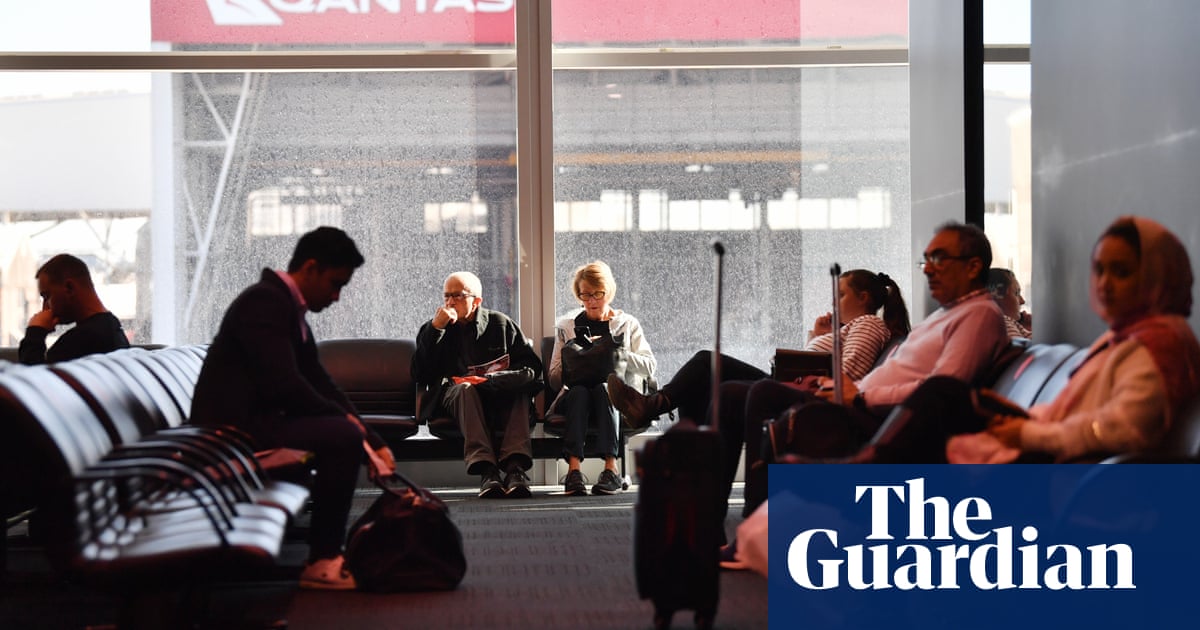 Border restrictions between New South Wales and South Australia eased on Thursday, allowing NSW residents to enter the southern state without quarantining for the first time in more than six months.

The NSW premier, Gladys Berejiklian, applauded her South Australian counterpart, Steven Marshall, for having the “courage and the confidence to take that necessary step” of allowing free travel between the states.

“I heard yesterday that thousands of trips have already been booked, and I’m really pleased by that,” she said.

NSW has technically recorded no cases of community transmission for two days, but Berejiklian flagged that a case outside hotel quarantine was discovered late Wednesday night, and it is still under investigation. As it was after the 8pm cutoff time, this infection will be included in Friday’s numbers.

“He has underlying health conditions and is currently admitted to Campbelltown hospital, and he’s currently in ICU,” she said.

The two people he lives with have been tested and contact tracing teams are investigating the source of infection. Chant urged the media to protect the man’s privacy.

The state recorded one new case in hotel quarantine on Thursday.

Berejiklian also outlined the easing of restrictions at weddings, but did not provide a specific date as to when this would take effect. Bridal parties are the only people allowed on the dance floor, but these can now consist of up to 20 guests.

Two parents will now be allowed to attend their child’s community sports games. School sports and inter-school sporting competitions will also resume, as well as choirs, music ensembles and a number of other school activities.

Earlier on Thursday, the premier told Sydney radio station 2GB she was hopeful the remainder of the Queensland border will be opened up sooner rather than later, after the sunshine state said it would extend its border travel bubble 100km further into NSW.

But the Queensland deputy premier and health minister, Steven Miles, said borders would stay shut to the rest of NSW until at least the end of the month and it remained unlikely they would reopen in October.

This comes as Queensland relaxes social distancing rules in the state’s south-east after 14 days without community spread of Covid-19. Restrictions on visits to aged care homes and hospitals, and a 10-person gathering limit in Brisbane, Logan and Ipswich will be lifted from 1am Friday.

“So people can go ahead and organise that house party for Friday night,” Miles said.

Eight local government areas have been under tighter health measures for just over a month after an outbreak at Brisbane’s Youth Detention Centre in Wacol.

The cluster, which spread to include a correctional training facility and Ipswich hospital, led to 55 infections and restrictions being placed across south-east Queensland.

Miles also again took aim at the federal government over its decision to withdraw Australian soldiers from Queensland’s border checkpoints on 30 September.

The pullout will be just one day before more than 150,000 extra NSW residents will be able to visit Queensland.

Miles claimed the federal treasurer, Josh Frydenberg, was wrong when he told a radio station earlier on Thursday the state government hadn’t requested an extension of the Australian Defence Force deployment.

Miles handed out official correspondence requesting an extension sent by the premier, Annastacia Palaszczuk, to the prime minister, and called on Frydenberg to apologise, saying it was another political attack on the state Labor government by the federal Coalition government ahead of the 31 October election.

On Thursday, a letter from the leader of the Health Workers Union – representing thousands of hospital and aged care workers – was made public, calling for the dismissal of Mikakos.

“Sadly, our union’s relationship with your government is now officially dead, due solely to the breathtaking incompetence of your current health minister,” the HWU secretary, Diana Asmar, wrote.

“For the good of all Victorians, and health workers, I ask that you insist on Ms Mikakos’ resignation, effective immediately.”

“They [the union] are entitled to a view and they have put that in very colourful terms,” he said.

“I have confidence in all of my ministers or they wouldn’t be in my government.”

When asked if Mikakos “lacks basic competence and understanding of her portfolio”, as suggested in the letter, the premier replied bluntly “no”.

Mikakos fronted the inquiry into hotel quarantine Thursday, with Andrews scheduled to appear on Friday.

Victoria’s seven-day average of new daily cases now sits well below the band of “30-50” required for Melbourne to progress to the “second step” of the recovery roadmap on 28 September.

On Wednesday, it was suggested that additional restrictions could be eased on Sunday on top of those already scheduled, but Andrews confirmed on Thursday that no dramatic changes will be made.

“We are well on track on Sunday to make some further announcements and I just wanted to make the point that Sunday will not be a day of massive steps, the roadmap does not speak to that, it is not a day when we essentially throw the doors open,” he said.

“At an average just under 30 [per day], that is still too much for us to take [large] steps. We have got to be safe, steady and cautious, otherwise those new settings simply will not last.”

The Victorian government has also announced an additional $11.3 million in funding for food relief programs around the state. Luke Donnellan, minister for disability, ageing and carers, said this funding would be split between three initiatives.

Of the total, $2.3m will be used to created relief packages for those forced to isolate and unable to be delivered food from friends or family. Another $5m will be available in grants of up to $75,000 for community support organisations, and $3.5m will go towards establishing five additional food relief hubs.