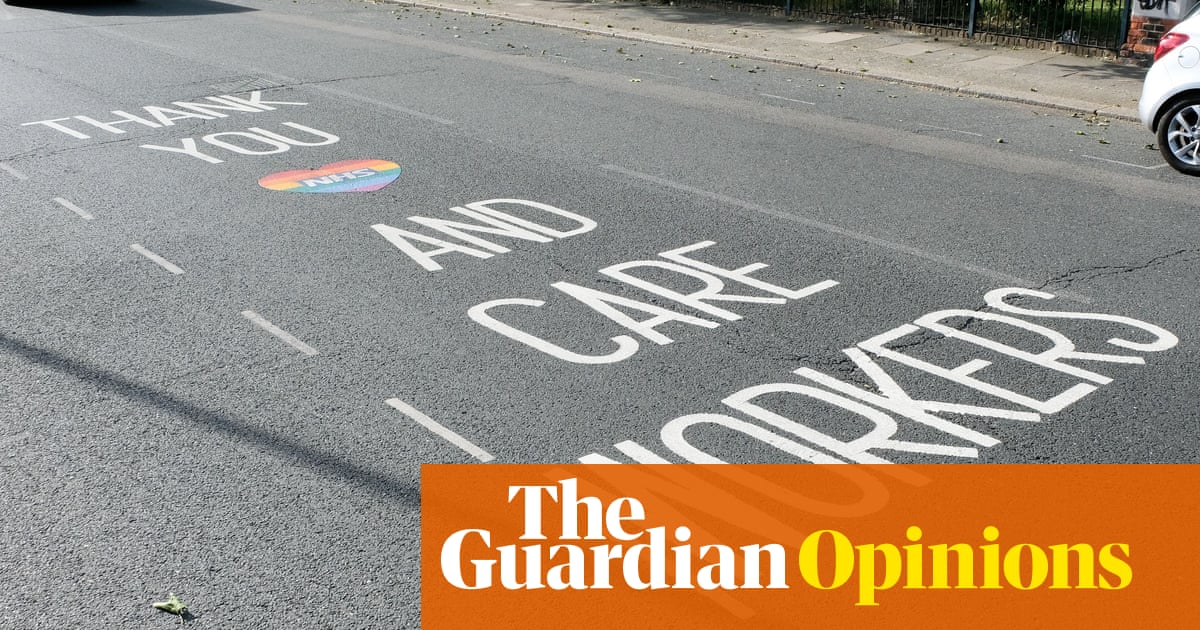 Tory ministers have fallen over themselves to clap for our carers and salute their sacrifices, but their understanding is skin-deep at best, as their immigration bill dismissing care workers as “low skilled” and unwelcome just went to show.

On Wednesday at prime minister’s questions, Boris Johnson couldn’t even say how much a social care worker earns. He had no idea that the average wage for a care worker is a little over £8 an hour, or that half don’t even earn the real living wage of £9.30 an hour. This was a moral outrage even before this pandemic, but now it is unconscionable.

Even after all the sacrifice, bravery and hard work of care workers, the prime minister could only offer them more warm words. Prime Minister, I’m afraid that applause, empty gestures and pats on the back don’t pay the rent, keep the lights on or put food on the table.

The health secretary, Matt Hancock, has admitted he couldn’t live on statutory sick pay of £94.25 per week – less than a fifth of average earnings. The chancellor, Rishi Sunak, refused to answer the same question this week. Many social care staff do not have the right even to this derisory sick pay, and are left in an appalling position, forced to choose between going to work and putting vulnerable people at risk or doing the right thing, isolating at home, and not being able to pay the bills.

On Wednesday at PMQs, Boris Johnson couldn’t even say how much a social care worker earns

Nobody should be put in that position, least of all social care staff who have sacrificed so much throughout this pandemic.

When I listen to care workers telling me they are working themselves into the ground for a wage they can barely survive on, I know how it feels, because I have walked in their shoes. I am proud that before I became a member of parliament I was a home care worker, doing back-breaking shifts on poverty pay and a zero-hours contract. But I’m proud of the work I did caring for those who needed it. It made me who I am today, and it means that when I stand up in parliament I know who I’m standing up for. I know whose side I’m on.

The government has finally listened to Labour and the social care sector and renewed the infection control fund in its new winter plan, but on Tuesday we learned that Johnson’s plan to fix the social care crisis “once and for all” – which he claimed the government had already “prepared” on his very first day in office – won’t be published until next year. That is simply not good enough.

The prime minister must publish his promised plan to fix the crisis in social care without any more delays, and that plan must include a guarantee that all social care workers are paid the real living wage, and none are left unprotected when off sick. After everything they have done for all of us, it is the very least that they deserve.

Speaking on behalf of my former work colleagues and the million-strong social care workforce in our country, it is a disgrace that Johnson demeaned his office by trying to blame them for the spread of coronavirus in our care homes.

How dare he try to rewrite history. It was his failure on testing and PPE that, in the words of the chair of the cross-party public accounts committee, Meg Hillier, threw our social care staff and residents “to the wolves”. It was his failure that resulted in patients being discharged from hospital into care homes without being tested, spreading the virus among the most vulnerable.

And six months later Johnson is still failing to keep his promises or meet his targets. Care homes were first told they would have weekly testing back in July, yet this has still not been delivered. Back in June we were promised that all coronavirus test results would be delivered within 24 hours, but the latest figures show that only one in three in-person test results were received within 24 hours, dropping to one in seven for tests from all sites.

This failure and incompetence has resulted in almost 15,000 deaths in English care homes owing to coronavirus. The prime minister should take responsibility and concentrate on fixing the crisis in social care that has become even more urgent as a result of this pandemic. That should be the priority, not more division and distraction.