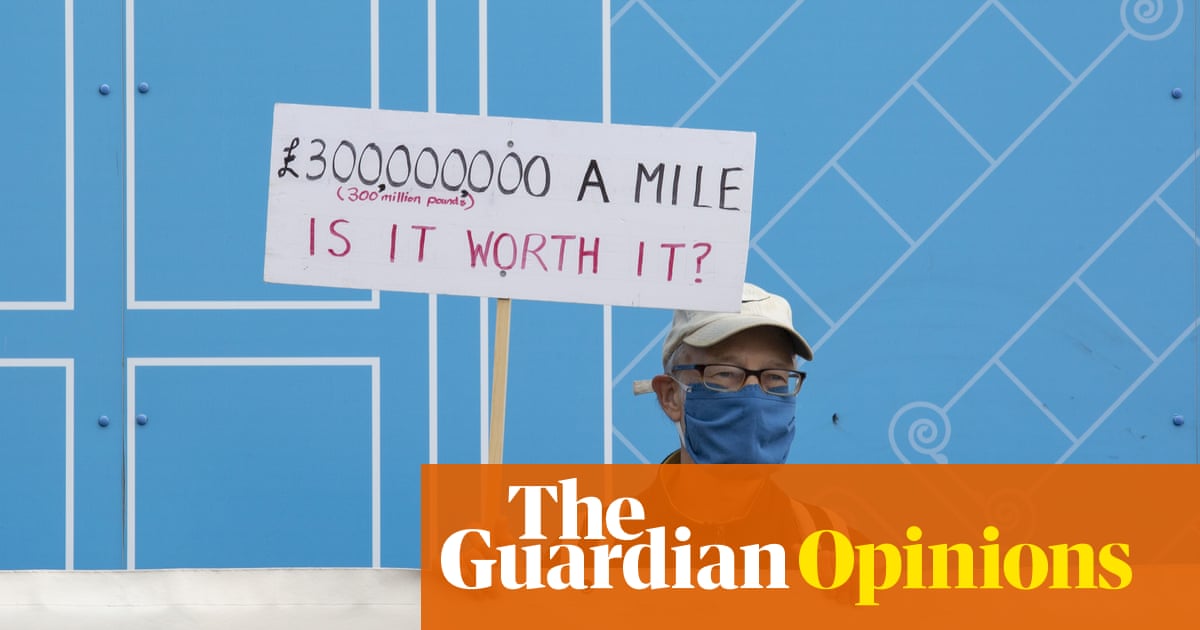 The difference between a revolt and a revolution is that the latter seeks to build a new order while the former knows only destruction. This government has proved its talent for popular revolt. Within a year, Boris Johnson has stormed Labour’s red wall, wrestled Brexit from a reluctant parliament, abolished the Department for International Development and Public Health England and threatened the future of the BBC. However, as yet, there is no plan in evidence for completing the revolution.

Of course, it is much harder to erect institutions than to tear them down. Just consider Whitehall’s construction of an entirely new state architecture to manage coronavirus in the past six months, which even ministers admit has been a struggle. The recurring dysfunction of the national contact tracing system, the failure of the NHS volunteering regime, the lack of remote teaching for every child – these are all testament to the difficulty of building new systems from scratch. This is why Conservatives since Edmund Burke have favoured organic reform over jarring revolution.

In ministers’ defence, the pandemic has made statecraft considerably harder, stretching the bandwidth and resources of government as never before. But the autumn carries considerably more risk than the summer. Schools, universities and workplaces are about to fill up in earnest, the jobs nightmare will crystallise when 6.8 million people come off furlough, while care homes and hospitals will shortly brace themselves for the flu. Britain urgently needs a functional contact-tracing regime, an operational youth employment scheme and a plan for social care – and these must be in place well before winter arrives.

Ministers should take the virus as a signal to build for the longer term too. As William Beveridge wrote in 1942: “A revolutionary time in the world’s history is a time for revolutions, not for patching.” Spanish flu resulted in the first public housing in America. London and Paris owe their sewers and boulevards, respectively, to outbreaks of cholera. The past few months have thrown the pieces of society, economy and the state up in the air. A far-sighted government would take the opportunity to bring them down in a new and purposeful configuration that both reshapes the institutions of society and builds consensus for its values.

In ministers’ defence, the pandemic has made statecraft considerably harder

Over the past decade, Conservative ministers established the Office for Budget Responsibility to entrench fiscal conservatism, they created metro mayors to ingrain regional leadership and founded free schools to seed autonomy in education. Like all powerful institutions, they have not only endured but proved formative, shaping the ideas and organisations around them.

More to the point, the government’s own agenda depends on institution-building. The prime minister’s plans to “level up” opportunity stand little chance until Britain’s regions have institutions that can compete with London for capital and talent. The UK is the most regionally imbalanced country in the industrialised world precisely because our top-down, space-blind, centralised governance has no tools to rebalance it. Every part of Britain needs a powerful mayor and access to regional economic institutions to attract investment and fund infrastructure.

The same is true of efforts to increase the popularity of vocational education, which will only happen when it has the cultural and economic prestige afforded by a degree. In the wake of the exam debacle, which will see greater numbers going to university than usual, there is a strong case for endowing a new generation of institutions to deliver high-level technical courses.

Like previous epidemics, coronavirus presents an opportunity to rebuild our institutions on a grand scale, redrawing the social contract and remoulding the state in a way that leaves us more resilient and dynamic. But to do that policymakers need to start being clear about what they are for – not just what they are against. If they cannot, they will leave a vacuum into which political anger and social anxieties can only fester and where problems will just accumulate at their door.