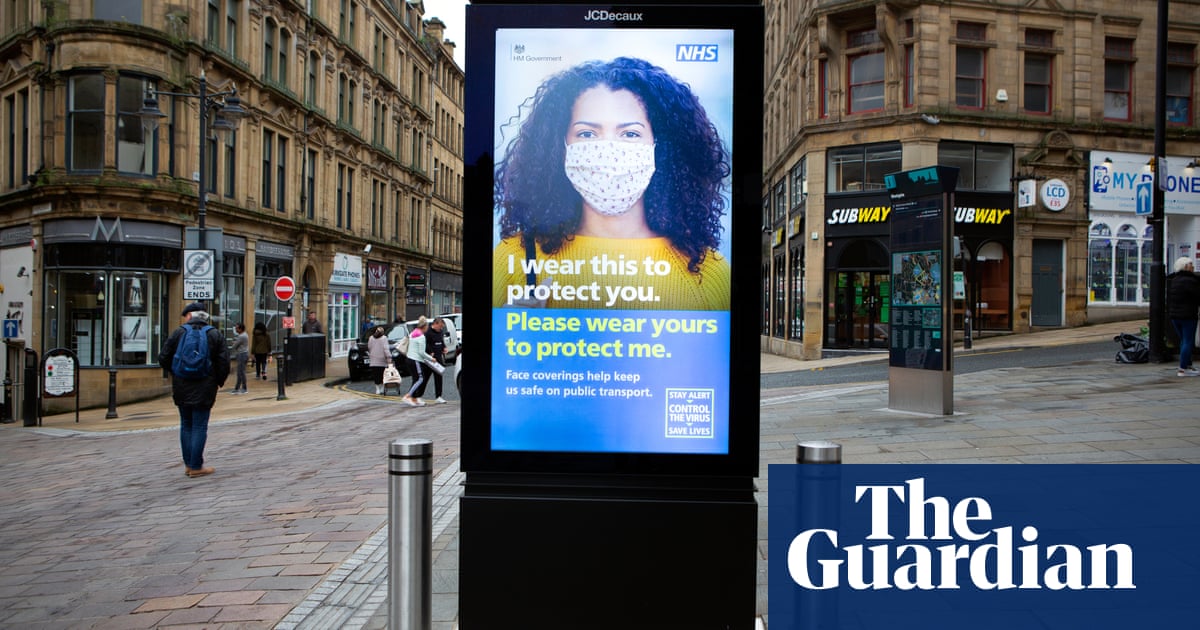 In the country’s 20 worst-hit areas, Serco and Sitel – paid £200m between them – reached only 54% of people who had been in close proximity to an infected person, meaning more than 21,000 exposed people were not contacted.

In Bradford, 42% of exposed people were reached, with 3,691 of those potentially infected not traced. In Birmingham, which was on Friday placed on the national watch list after a sharp rise in cases, 52% of close contacts were reached and 1,462 missed.

The figures will prompt further scrutiny of Serco and Sitel’s roles in running a large chunk of the system. The two private firms were paid an initial £192m for the first three months of the programme, with the value of the contract reaching £730m over 12 months. Their contracts had been due to expire on Sunday but have been extended by the government.

Paul Hunter, professor in medicine at the University of East Anglia, said the system was not “world-beating”, as the prime minister had said. “The biggest mistake was making it a commercially run thing. That was never going to work,” he said. “I think it’s got better recently, but that should never have been allowed to happen – that disconnect between the national and local level.”

NHS test and trace is run by the Conservative peer Dido Harding, who was this week appointed to run the government’s new National Institute for Health Protection. The £10bn system has been beset with problems since it was launched on 28 May as a central plank of the strategy to reopen the economy.

A Guardian analysis shows that the privately run arm of the programme, operated by Serco and Sitel, has contacted an average of 54.3% of an infected person’s close contacts in the 20 areas with the highest infection rates in England. Some 21,075 potentially infected people have been missed, half of whom are in the five worst-hit areas of Oldham, Leicester, Blackburn with Darwen, Bradford and Manchester.

The government’s Scientific Advisory Group for Emergencies said the programme needed to reach at least 80% of people within 48 hours to be effective. The Department of Health and Social Care (DHSC) said 272,000 people had been reached by NHS test and trace in total, including 78% of people who had tested positive and 88% of their contacts where communication details were provided.

Sir Chris Ham, the former chief executive of the King’s Fund, said the figures underlined “a fundamental flaw in the basic design” of the test-and-trace system “in deciding to go with outsourcing to private sector companies”.

He added: “It really reaffirms the basic mistakes the government made in that initial period and the importance [now] of ramping up the capacity we have in local government, supported by Public Health England through its health protection teams, because that’s where most of the work should be done in future.”

Ham, an honorary fellow of the Royal College of Physicians of London and the Royal College of GPs, said he hoped that Harding and ministers would be “taking a long hard look” at the future role of Serco and Sitel. He said their involvement should only continue on a “much scaled-down basis” and in support of local health teams, rather than them operating centrally.

The government says around two-thirds of the missed contacts in so-called “non-complex” cases are in the same household as an infected person, who will often ask them to self-isolate rather than them being contacted by test and trace. However, experts say the government should do more to ensure that these people are formally contacted instead of simply relying on their word, as household transmission has for weeks been the biggest driver of Covid-19 in many badly affected communities.

A Serco spokesman said: “Serco and its team of specialist subcontractors has played an important part in helping reaching hundreds of thousands of people who might otherwise have passed on the virus. We are 93% successful in persuading people to isolate where we have been able to have conversations.”

A DHSC spokesman said: “NHS test and trace is working – millions of people have been tested and hundreds of thousands of people, who may otherwise be unwittingly spreading the virus, have been contacted to self-isolate.

“This is a team effort and we are collaborating with partners in both the public and private sectors to support local authorities where there are outbreaks, allocating additional testing and contact tracers, and working intensively with local public health teams to boost our response.

“We need everyone to get behind this service which plays such a vital role in keeping us all safe.”