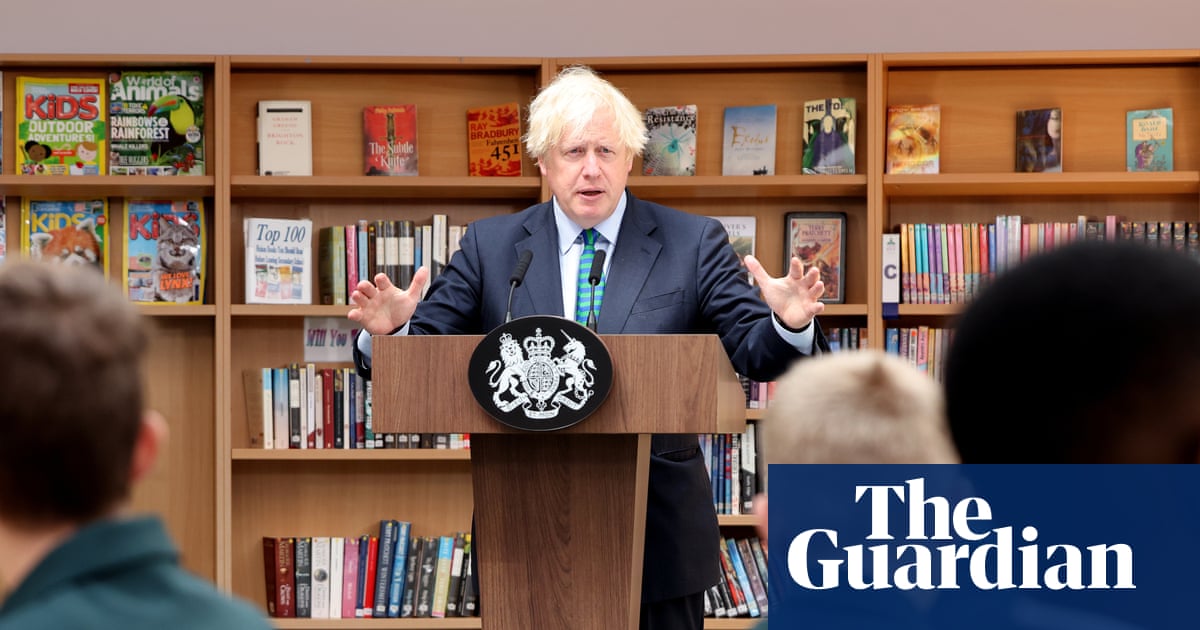 Boris Johnson has stressed that ministers will prioritise keeping schools open this winter as they tackle any upsurge in coronavirus cases.

The government intends to continue using local lockdowns to control the spread of the virus in the worst-hit areas: an approach the prime minister has characterised as “whack-a-mole”.

In a video Q&A with parents, released by Downing Street on Friday evening, Johnson confirmed that other public places such as pubs and restaurants would be closed first, with schools shut down as a last resort.

“We’re hoping very much that even if there are local lockdowns, which I’m afraid there almost certainly will be because we are expecting more local spikes, schools should be the very last bit of society that we want to close down again,” he said.

Johnson was appearing alongside the deputy chief medical officer for England, Jenny Harries, in an online Q&A recorded on Thursday and released by No 10 after editing.

With just days to go before pupils in England are due to begin the autumn term, the pair repeatedly underlined the fact that children are safe in schools.

“The evidence is overwhelming that it’s in the interests of the wellbeing and the health of children and young people to be back in school rather than missing out any more. So it’s the healthy, safe thing to do,” the prime minister said.

Harries said: “There’s a lot of evidence accumulating now that transmission in schools is low: it can happen but it’s not frequent.” She added: “It’s a safe place for them to be. It’s a very controlled environment.”

Johnson has stressed that ensuring children return to school full-time is a “national priority”, after failing to achieve his aim of ensuring every primary school child had a month back in the classroom before the summer break.

Instead, only selected years returned to school in June, leaving many children without any face-to-face teaching for more than five months.

Despite Johnson’s bullishness about keeping schools open, headteachers have been asked by the Department for Education to prepare contingency plans for teaching online if they should be forced to close in the coming months. It released guidance on Friday night warning schools that additional methods such as rotas could be needed “in exceptional circumstances” to limit on-site attendance in secondary schools and further education colleges.

Harries set out what parents should do if their child falls ill. “If they have symptoms of Covid, then obviously get on to the internet or ring 119 and book a test, and self-isolate until they are sure the child is not sick with Covid,” she said.

If the test is positive, she stressed that only those children who have come into close contact with the affected pupil will be asked to self-isolate – in consultation with local public health officials.

Earlier this week the government changed its advice on face masks, saying secondary school students should wear them in corridors and communal areas in parts of the country where local lockdowns are in operation.

But in response to a question from Charlotte, the mother of a deaf child, Johnson stressed: “We don’t want to see face masks in the classrooms, either worn by teachers or by pupils. There’s no need for it. Indeed, there’s a need not to have it, because it’s very difficult to teach or to learn with a face mask on, and so that’s out.”

From Saint Mark’s Square to the Rialto Bridge, Venice lights up in gold to brighten the Christmas spirit