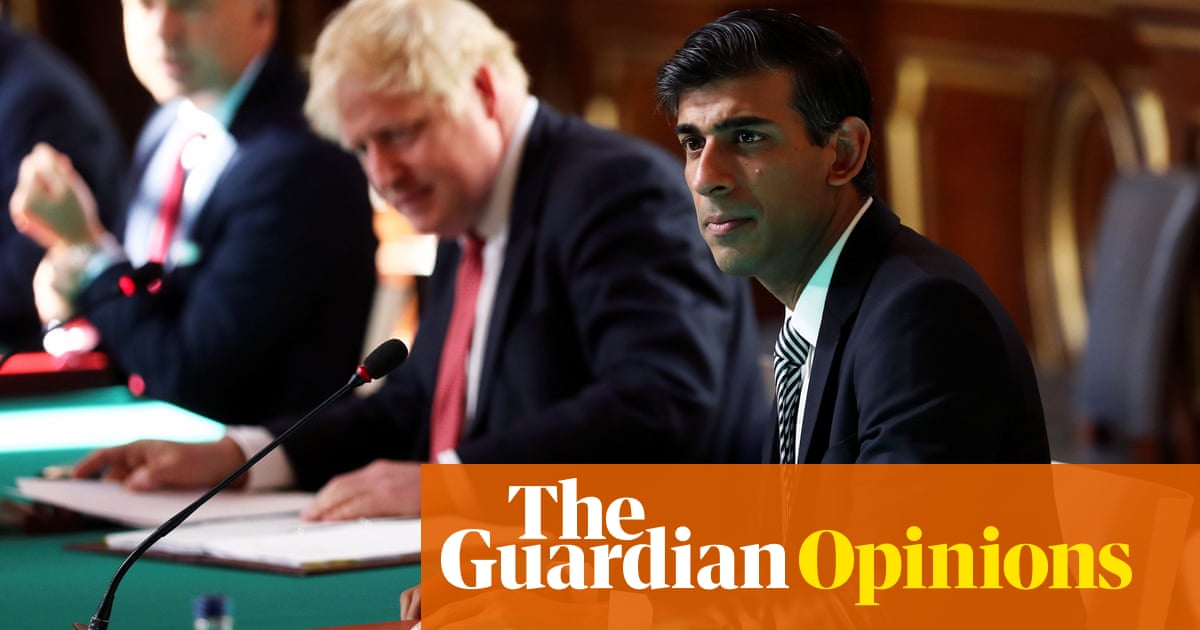 Every decade or so, someone appears in our politics who has an aura. They excite their party, and they scare its opponents. The public notices these rising politicians, and likes what it sees.

Tony Blair had this aura in the early 90s. David Cameron did in the mid-00s. Both were in opposition then, and neither was quite as successful as party leader or prime minister as their many initial admirers imagined they would be. But during their years of promise, big hopes were attached to them: that they would reinvent their parties, and perhaps even Britain itself, for the modern world.

Now Rishi Sunak seems to be taking on this enviable but perilous role. In the less than seven months since he became chancellor, he has become by some measures Britain’s most popular politician. His support for the economy during the pandemic has been praised by both the rightwing tabloids and the leader of the TUC. He’s already enough of a political celebrity for journalists and voters to call him by his first name. His speeches stray far beyond his brief, into prime ministerial passages about his personal values and the national character.

Many Conservative MPs see him replacing the struggling Boris Johnson, quite possibly before the likely next election, in 2024. And this isn’t just idle Westminster speculation: only one of the previous five Tory leaders lasted longer than four years.

In many ways, Sunak is a traditional British political prodigy. Like Blair and Cameron in their promising phase, he’s a man in his early 40s with a degree from Oxford. As they did, he speaks fluently in public, rarely makes gaffes, and looks good in a suit. Next to Johnson, these useful but not outstanding qualities seem more alluring than they ought to.

Yet, as potentially Britain’s first prime minister from a racial minority, Sunak could have a more radical role. For a country with our imperial past, and continuing racial tensions and inequalities, an ethnic-minority premier, the son of Indian migrants, would be at the very least a huge symbolic change. And for the Tory party in particular – which has recently seemed ever more reliant on coded appeals to white prejudice, often against migrants, and which gained only 20% of the ethnic-minority vote at the last election – a Sunak premiership could be transformative.

Well, it could be. Margaret Thatcher became Britain’s first female premier thanks in part to a surge in support from women: at the 1979 election the Tory lead over Labour among female voters increased to 12% from 1% in October 1974, when the party had been led by Edward Heath. Yet her government did much less for women than many had hoped. And after she was forced out, by her still overwhelmingly male cabinet, the Conservative lead over Labour among women gradually fell away. Any diversifying of Tory support under Sunak may be temporary.

Nevertheless, his rise presents problems for Labour. So far, Keir Starmer’s leadership has been largely built around Johnson’s inadequacies: constantly highlighting them, and suggesting Starmer would perform better. Were Sunak to replace Johnson, or even just become the government’s dominant elected figure, with Johnson relegated to a symbolic role, then Starmer would have to confront a politician who is in some regards his mirror image: clever, composed, well-briefed, a relatively new and fresh MP (both were elected in 2015), and who has had a substantial career outside Westminster.

Sunak worked for the investment bank Goldman Sachs and two hedge funds. All three businesses were involved in the kind of aggressive, guilt-free finance capitalism that even many Conservative voters disapprove of. This may be why his official CV doesn’t name his former employers. Yet, as Johnson’s career has already depressingly demonstrated, Tory politicians aren’t called to account for their pasts in the same way as Labour ones.

A better target for Sunak’s enemies may be his present-day privilege. Reportedly the richest MP, and married to an Indian billionaire’s daughter, Sunak sometimes forgets to play down his lifestyle. In July, his usually slick personal PR operation produced a picture of him working with a travel mug on his desk that costs £180. It wasn’t a good look in an age of anti-elite resentment.

But probably a bigger danger for Sunak is getting stuck in his current job. At some point quite soon, as the consequences of his extra Covid-19 spending begin to be felt in tax rises and cuts to Whitehall budgets, being chancellor will turn from a springboard to a liability.

Contrary to the loyal things he’ll say in public, in some ways Sunak needs Johnson to have a bad autumn. At one stage in prime minister’s questions this week, as Johnson blustered away, Sunak stopped nodding supportively and just looked at the floor. Like any good Tory, he believes strongly in competition.

• Andy Beckett is a Guardian columnist