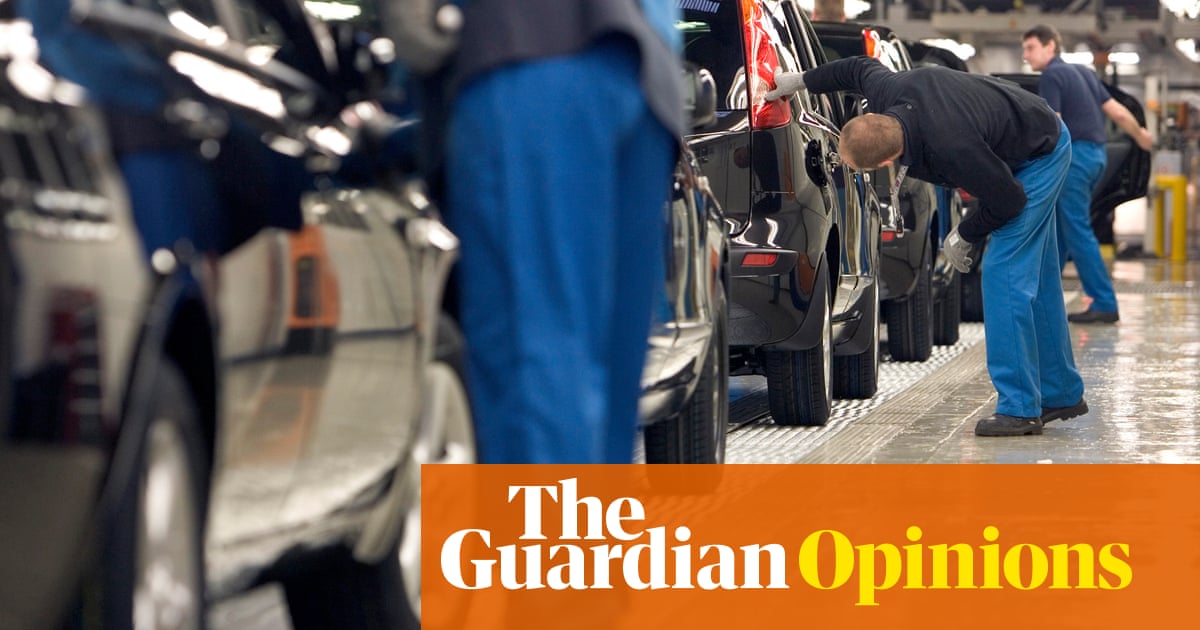 Though the early days of the pandemic were terrible, they offered a fleeting glimmer of hope. Social scientists have debated for years whether it could be possible to transform the economies of the UK or US, where market forces have been unleashed on society, to more closely resemble the coordinated economies seen in Germany, France and Sweden, where workers are given a seat at the table and typically enjoy greater social protections. During the spring, with the Trades Union Congress (TUC) included in talks to design a previously unimaginable wage replacement scheme, the possibility of change looked tantalisingly close.

Indeed, in the hours preceding the plan from the chancellor, Rishi Sunak, for the winter economy last week, many talked of a new “German-style” scheme to replace the furlough programme. The leaders of the TUC and the Confederation of British Industry (CBI) stood alongside Sunak as he prepared to make his speech, a show of unity that would have been surprising less than a year ago. The Kurzarbeit, the German policy of topping up pay for workers on reduced hours, which meant Germany was the only G7 country where employment did not fall following the financial crisis, was widely cited.

Picking through the ashes of the chancellor’s announcements, it became clear that the policies fell far short of either the Kurzarbeit or Sunak’s stated intention of protecting jobs and livelihoods while minimising structural damage to the economy. Whereas the German scheme doesn’t require employers to contribute to workers’ salaries or make social contributions on unworked hours, British employers will have to pay a hefty sum, making it more expensive to keep on two workers than sack one. While Sunak’s policy offers the dregs of certainty to businesses, German employers can place workers on the scheme for 24 months and enjoy increasing levels of subsidy.

Many pointed out the flaws in Sunak’s plan. But these flaws were no mistake. The chancellor could have designed the scheme to act as a real incentive to keep workers on while the economy was battered by the Covid storm, offering targeted wage subsidies, training options for those on the scheme and assuming the cost of topping up wages, for example. Instead, he chose to let employers select the workers they’re willing to pay a heavy price for, and allow the market to deal with the rest.

The cost will be borne by up to a million people who stand to lose their livelihoods. With the long-lasting impacts of unemployment, they may ultimately also lose their way in a rocky jobs market. People with similar skills to their colleagues will be worse hit than those deemed “irreplaceable”, who have amassed enough training, experience and knowledge that employers can’t avoid losing them. Once again, the lowest paid will suffer most. Businesses that can’t operate at all – such as many in events, nightlife and the arts – will not be able to retain the talent and skills of their workforces.

This is short-sighted, structural damage to the economy. But it’s also a return to the Thatcherite orthodoxies of old: let the market sweep through livelihoods and industries in the name of creative destruction, a theory popularised by Joseph Schumpeter. Take money out of people’s pockets – and therefore spending power out of the economy – in the name of fiscal prudence. Remove the incentives for employers to invest in their workers. Shun security in favour of labour market flexibility.

In taking this path, Sunak may be hoping to stimulate a dynamic rebirth of the economy, freeing up the workforce to take and create new opportunities while driving GDP growth. It’s a huge gamble both economically and politically and at odds with the prime minister’s speech this summer that invoked Roosevelt’s New Deal. The Conservative electoral coalition now depends on people and places who have lost out from change in the past, and will likely lose more in this Schumpeterian shake-up of the economy. The experiment with creative destruction could well test the contradictions of broad-church Conservatism, in and out of parliament, to its limits.

There is an argument that it’s not possible to pick and choose parts of the policies one likes from international neighbours without the institutional arrangements in place to make a success of them. Sweden’s approach to lockdown is made possible by its generous social security that facilitates social isolation, for example. But in the case of the Kurzarbeit scheme, the chancellor wasn’t even aiming for the same outcomes. Rather than protect people, the effects of his policies will be to accelerate into whatever the future may bring – never mind the collateral damage.

A shift to a coordinated economy with higher social protections and co-determination by business and unions, is some way off. The journey there would mean redressing the balance of power in the economy, and rewiring the UK’s muddled economic model. That is not a journey this government is on. Instead, the chancellor’s winter economy plan signalled a retrenchment to a worn-out economic ideology. To rebuild a stronger and fairer country after Covid, he should urgently change course.