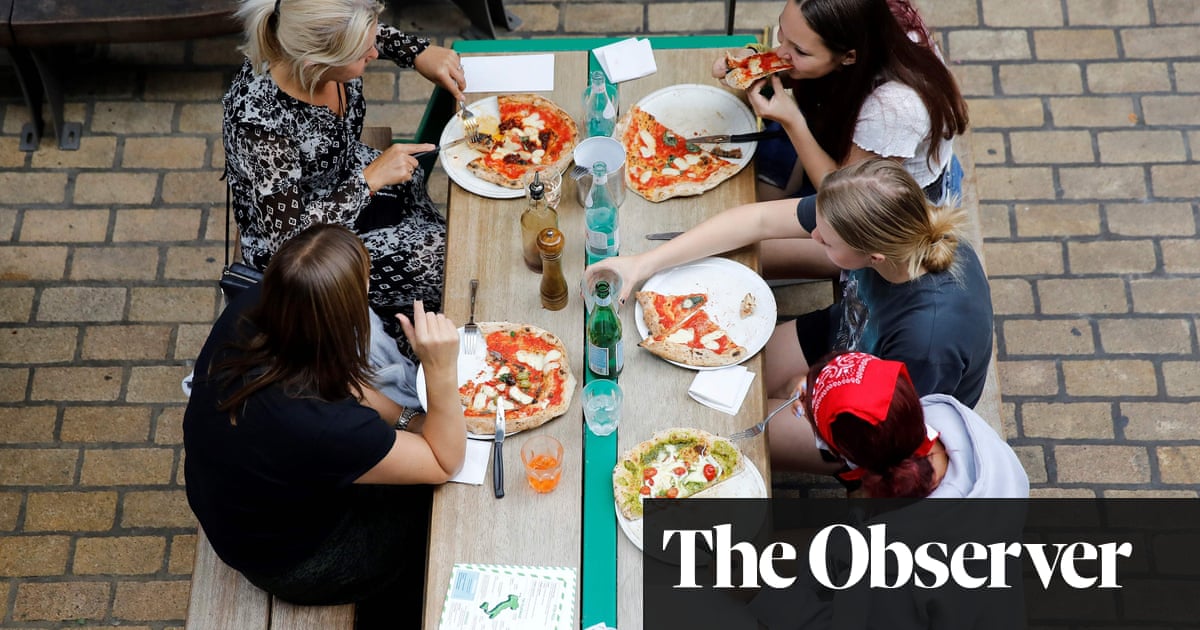 Britain loves a bargain – even, as it turns out, during a global health emergency. Dismissed as a gimmick at first, the government’s eat out to help out scheme has proved hugely popular, dishing up more than 64 million discounted meals so far – equivalent to almost one for every person in the UK – since its launch a month ago.

When the scheme finishes on Monday, chancellor Rishi Sunak, will be able to say that his policy successfully encouraged people back into restaurants, pubs and cafes between Mondays and Wednesdays in August, serving up a much-needed boost to the economy, and to the embattled hospitality sector in particular.

In a sign of the scheme’s success, data from Lloyds bank – the UK’s biggest current-account provider – shows spending in shops and restaurants was up 38% on days when the scheme was running. The figures – which include all types of activity, not just eating out – show spending was only 2% lower this August than in the same month a year ago.

“It has been surprisingly effective,” said Mark Gregory, chief economist at accountancy firm EY. “People haven’t gone on holiday and, in a way, this hit the sweet spot. Fair play to the chancellor – it really did help give a short-term boost.”

While the early signs are that, thanks to the scheme, businesses are bringing back staff and making money once more, it is still however true that a discounted Nando’s does not a comprehensive economic strategy make.

The concern is that the scheme was just a snack, devoured in August on days when it was available, when what the hospitality sector really needs is the whole meal – sustained demand well into the autumn. As the nights draw in, job losses mount, and the furlough scheme closes, the meal deals of August could become a distant memory.

Encouragingly, however, Saturday 22 August was the first weekend day since the outbreak of the pandemic when there were more people eating out than on the corresponding day a year ago – which indicates that eat out to help out could have encouraged a wider return to restaurants, regardless of whether there’s a discount on offer.

Many restaurants and cafes are choosing to extend discount schemes after eat out to help out ends tomorrow because of their popularity with diners, but these places will have to foot the bill themselves. In a boon for hard-pressed consumers, chains that plan to continue cut-price offers into September include Harvester, Toby Carvery, Tesco Café, Bill’s, Pizza Hut and Prezzo.

However, groups including the Federation of Small Businesses have called for the government scheme to be extended, given the less-than appetising outlook for the economy over the coming weeks. Unemployment is expected to rise sharply as more companies cut jobs, some sectors of the economy remain starved of demand, and the progress made in August risks being derailed by rising coronavirus infections.

On Wednesday, MPs will have an opportunity to quiz Andrew Bailey, governor of the Bank of England, about just how sustainable the economic outlook might be.

The chancellor’s other big success story, the furlough scheme, will be further scaled down from this week. Rather than paying up to 80% of a worker’s wage, up to £2,500 a month, the state will from Tuesday pay 70%, up to £2,187.50, for the hours an employee is furloughed.

The chancellor’s next job will be to figure out how to consolidate the summer rebound. Concerned about the strength of the recovery, business groups and trade unions are lobbying hard for Sunak to provide further financial support to workers and firms in his autumn budget.

“We need to see what the plan is for protecting economic capacity over the coming period,” said Gregory. “After the summer, he will probably have done the easy stuff, and now it gets to the hard bit.”