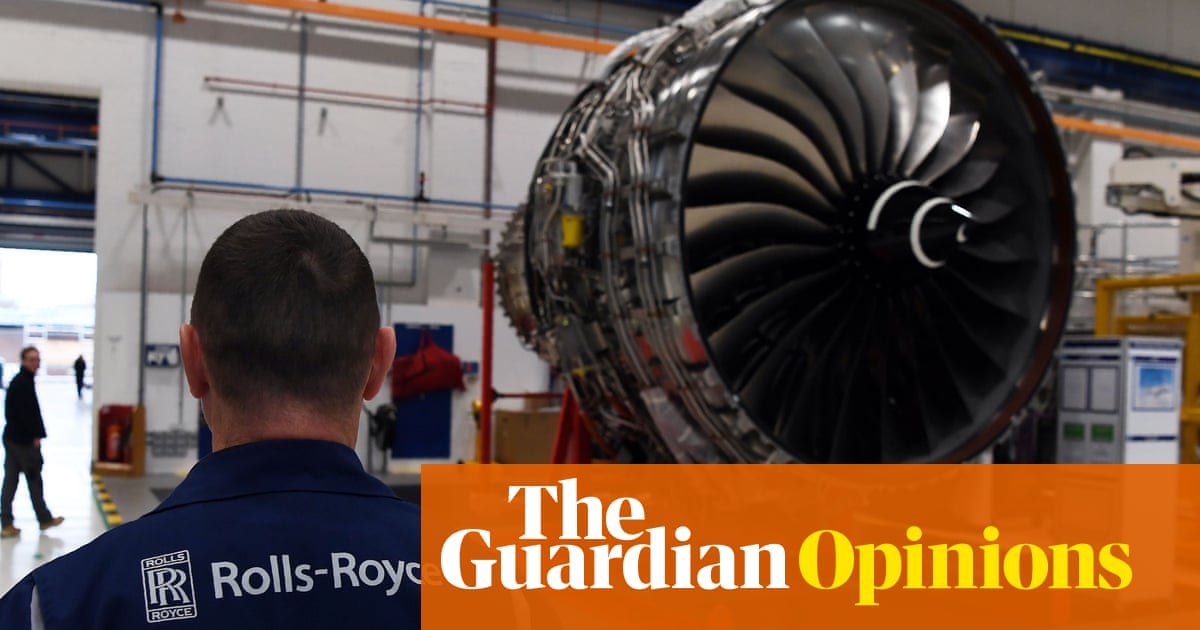 This is how bad things have got for Rolls-Royce, pride of the UK’s engineering industry: its finance director would prefer to work for Ocado, and his career move looks rational. The online grocer, remarkably, is three times the size of the engine-maker these days by stock market capitalisation, and the share-incentive prospects at his new home will be better to boot.

The timing of Stephen Daintith’s exit will irritate Rolls’ shareholders but it was not the main event amid another set of bleak figures. That was the “severe but plausible downside scenario” that sketched out Rolls’ predicament if a second wave of Covid-19 infections forces more lockdowns and further restrictions on air travel.

In short, the picture would be ugly. Orders for new engines from Airbus and Boeing would fall even further, and Rolls’ revenues from maintaining engines already in service (a vital source of income) would suffer another whack.

That is compared with a backdrop that is already poor: Rolls suffered a £2.8bn outflow in the first six months of this year, with the tally expected to reach £4bn by the end of December. It is why the share price sits close to a 10-year low and Rolls’ debt is rated as junk.

The small consolation for shareholders is that “severe” should not mean catastrophic. As things stand today, Rolls still has some room to borrow and it can improve its balance sheet by selling £2bn of assets, including its Spanish business ITP Aero, which makes blades and parts for engines. In all likelihood it will also try to raise a further £2bn-ish from shareholders.

If the severe situation occurs, it would have to put even more businesses on the block – the German power systems unit would be a candidate. That would be a desperate option, but there is, in theory, a way for Rolls to muddle through.

By the time 2022 arrives it will have shrunk its civil aviation division by a third (at the cost of 8,000 jobs). In the meantime, the defence business is a source of relative calm. The government should worry about Rolls, but not panic – or at least not yet.

The outlook for shareholders, though, is deeply unclear. The share price is a hostage to Covid infections and investors must assume that the chief executive, Warren East, will hit them with a rights issue of uncertain size at any moment. The twitchiness was reflected in a share price that was down 10% at one point on Thursday, before recovering to minus 1%. Yes, Ocado’s robots are more reliable.

Hut has a lot to prove to investors

The Hut Group is a retail and marketing business in need of sharper copywriters. The company’s description of its most interesting division – a “unique and proprietary end-to-end e-commerce technology and operating ecosystem” – is a mouthful. Translated, it means Hut thinks it can shift a lot of goods online, for itself and others, while steering clear of Amazon.

There is evidence to support that view. Matthew Moulding, the co-founder, chief executive and 20% shareholder, has come a long way from Hut’s origins in posting CDs from Guernsey to exploit a tax loophole. The company has grown sales of its Myprotein sports nutrition brand from £20m in 2011 to £380m last year. In total, group revenues were £1.1bn in 2019.

The Manchester-based firm also has an impressive collection of big-name consumer companies on its platform. Nestlé, Procter & Gamble, Walgreens Boots Alliance and Coca-Cola presumably all feel curious, or fearful, about the direct-to-consumer world of social media influencers. Hut’s challenge will be to keep the brands onboard when their owners feel less baffled and ready to do their own thing.

The hardest part, though, is believing Hut is worth £4.5bn today, which is the aim for the flotation. At that level, the business would be valued at roughly 40 times last year’s earnings before interest, tax, depreciation and amortisation of £111m. But even that princely multiple understates things: include depreciation and amortisation, as one should, and Hut’s operating profits were just £30m in 2019.

In practice, new investors will probably swallow any valuation doubts on day one and stump up. The stock market these days loves tales of strong revenue growth (Hut is forecasting 20-25% annually) and disruptive “ecosystems”. There will be a fear of missing out on the next Ocado.

Moulding deserves applause for listing Hut in London, rather on the Nasdaq in the US, but loyalty to the UK will count for little if the promised rate of revenue growth falters. At £4.5bn, Hut has a lot to prove.