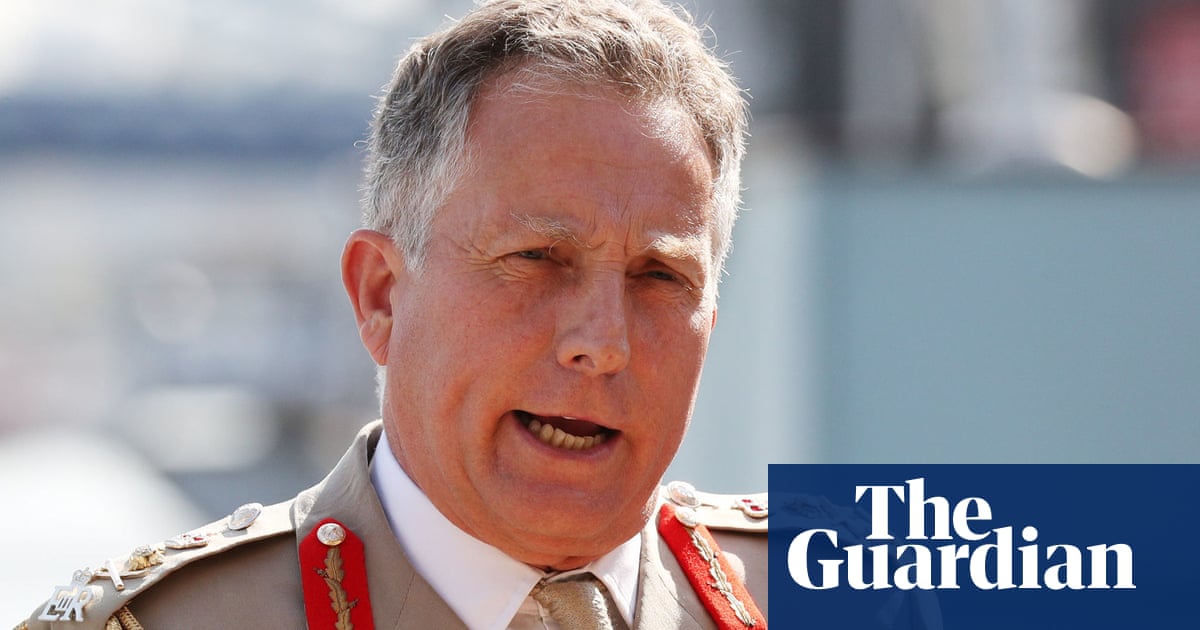 Russia is seeking to destabilise countries around the world by sowing disinformation about coronavirus vaccines that is shared rapidly across social media, the head of the armed forces has warned.

Gen Sir Nick Carter, the chief of defence staff, said the propaganda tactic reflected a strategy of “political warfare” aggressively undertaken by Beijing as well as Moscow “designed to undermine cohesion” across the west.

The senior general accused “autocratic rivals” of “manipulating the information environment” to exploit the Covid-19 crisis for strategic gain – including “pro-Russian vaccine politics” – in a speech at the Policy Exchange thinktank.

Their “disinformation narratives” were designed to permeate anti-vaccination social media groups, Carter added, pointing to an example uncovered earlier this summer by Australian researchers that spread rapidly from Ukraine.

In July, a fake press release was posted to websites of the pro-Russian self-declared state in Luhansk, eastern Ukraine. It falsely claimed that the US had conducted vaccine trials on Ukrainian volunteers, some of whom had died.

The trials never happened but the misleading narrative spread in several languages, including on a prominent Australian anti-vaccination Facebook group, despite multiple attempts to fact-check and debunk it.

Carter said it was an example of “digital authoritarianism” alongside well-known Kremlin cyber and hacking attacks, in a rare policy speech delivered with the defence secretary, Ben Wallace, sitting alongside him.

A similar approach was adopted by China, he added, where “the Chinese Communist party is forging a future of mass surveillance” and ranking and monitoring of individuals based on how they behave online.

The speech comes in the run-up to a five-year integrated review of defence and foreign policy that is expected to see the UK seek to invest more heavily in cyber and covert capabilities, reflecting a belief that Britain is already engaged in a persistent low-level conflict with authoritarian rivals.

The British army already operates a propaganda and disinformation suppression unit, 77 Brigade. But the military is traditionally tight-lipped about the scope and scale of its activities and Carter’s speech offered few precise clues as to how the UK will respond.

Senior defence sources said scaling up Britain’s information warfare capability was “not going to be a massive increase of expense” and that it would involve, in part, closer intelligence and information sharing with a range of allies. “The bill that’s attached is not significant,” they said.

Countries such as Russia and China, Carter argued, “see the strategic context as a continuous struggle in which non-military and military instruments are used unconstrained by any distinction between peace and war”.

The general added: “Their goal is to win without going to war: to achieve their objectives by breaking our willpower, using attacks below the threshold that would prompt a war-fighting response.”

In the summer, Britain accused Russian state-sponsored hackers of targeting research labs in the UK, US and Canada involved in developing a coronavirus vaccine, with the apparent intention of stealing the research.

Intelligence officials said the cyber-attackers were from a group called APT29, linked variously to the country’s FSB or SVR intelligence agencies, in attacks that were described by Dominic Raab, the foreign secretary, as “completely unacceptable”.

As part of the military’s response, Carter unveiled a military doctrine called the Integrated Operating Concept. It recognised the need “to compete below the threshold of war in order to deter war” to prevent “one’s adversaries from achieving their objectives in fait accompli strategies”.